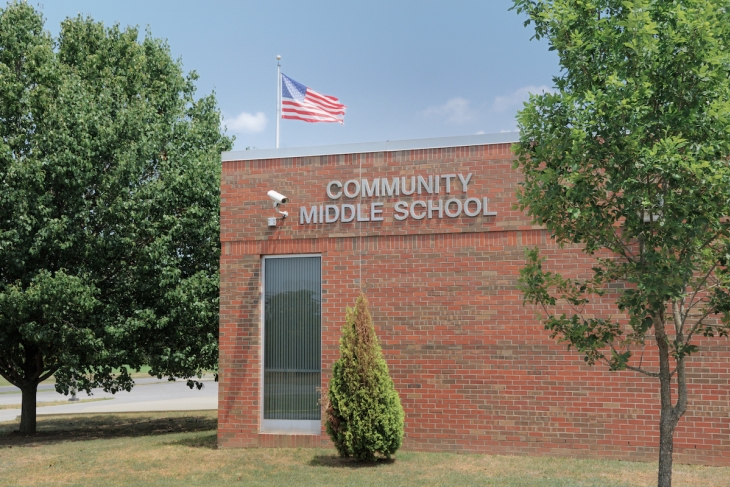 Since the end of World War II, the world’s population has not only gotten vastly bigger; it has also become vastly more educated. In nearly every country, the total number of years that citizens have attended school has grown faster than the population itself, and the number of college degrees conferred has grown even faster. Although population growth is now slowing almost everywhere (and depopulation is an emerging reality for some countries), the overall pace of educational expansion will remain much faster than natural population growth as far into the future as a demographer’s eye can see.

Education is a crucial component of human capital and, by extension, of national might. A better-educated citizenry means a more productive economy and thus greater military potential. But because the educational explosion of the last seventy years has been uneven—some countries have made greater strides than others, and the pace of progress has varied over time—this dramatic transformation hasn’t just increased the overall size of the global economy. It has also shifted the distribution of economic potential among countries, including great powers.

Comparatively speaking, Western nations, including the United States, have been the biggest losers in this great reshuffling of educational and economic heft, as we detail in a recent report for the American Enterprise Institute. During the Cold War, the United States was the uncontested education superpower; Americans enjoyed the world’s highest levels of educational attainment and, thanks to that and our large population, accounted for far more of the world’s highly educated workforce than any other country. But that epoch is now history. An increasing number of countries are overtaking the United States in educational attainment, when measured by mean years of schooling, and it will soon cede to China its first-place ranking in the raw number of college-educated workers. Sometime in the next two decades, India may also surpass the United States in total numbers of working-age men and women with higher education. Of course, quality of education matters—and the quality of U.S. higher education far exceeds China’s and India’s today, and likely for decades to come. But it is self-deluding happy talk to insist there is no geostrategic significance to America’s steadily declining share of the world’s college graduates.

The long-term educational rise and ultimate ascendance of China and India in higher education head counts should not come as a surprise. Nor should the United States’s long-term relative decline. Indeed, the only way that the United States might have maintained its early postwar educational edge into the twenty-first century would have been as a consequence of catastrophe: global failure to develop, worldwide mortality setbacks, or both.

What should surprise—and dismay—American observers is the remarkably poor educational performance that hastened the United States’s relative deterioration. Growth in the mean years of schooling for Americans in their late twenties is barely a third of what it was in the early postwar era, and growth in the cohort of working-age college graduates has sharply slowed when compared with the early postwar period. Amazingly, college graduation rates for American men in their late twenties flatlined from the mid 1970s to the early years of the twenty-first century—an alarming peacetime performance somehow overlooked by academics and policymakers alike.

This broad educational slowdown has not occurred because Americans are so overeducated that they have hit an attainment ceiling. To the contrary, a growing roster of East Asian and European societies have surpassed the United States in either mean years of schooling or rates of postsecondary training for workers aged twenty-five to thirty-four. Australia, Ireland, South Korea, and Switzerland, among others, have done so, but their small population size has prevented them from challenging the absolute educational dominance of the big five—China, India, Japan, Russia, and the United States. In other words, the U.S. can do better. And although it may not be able to prevent China and India from surpassing its highly educated workforce, it can postpone the date at which this happens—possibly by decades.

The erosion of the United States’s educational edge will eventually weaken the country’s global reach. With a less educated workforce than it could or should have, the United States will have less economic, political, and military heft with which to defend its interests and uphold the economic and security architecture that has defined the postwar order. Eventually, Pax Americana will come under pressure. It is not hard to imagine a progressively less peaceable and more economically insecure international environment in which the United States has much less influence as a result of its stagnating pool of high-skilled labor.

Fortunately, the United States still has good options for coping with loss of educational hegemony. But they all require Washington to take initiative—something it seems unaccustomed to lately. Through more active and imaginative diplomacy, the United States could seek to forge new coalitions or alliances that would add human resource ballast to the liberal order. This might entail patient cultivation of new security partnerships with some of tomorrow’s major centers of highly educated labor: India, Indonesia, Vietnam—maybe even Iran. Other intriguing possibilities include a closer integration of Canada, Mexico, and the United States, which might bring North America’s strategic potential more in line with its tremendous demographic and economic potential.

Meanwhile, the United States could attempt to reverse its ominous educational slowdown. Stagnation in educational attainment is impeding economic growth and likely robbing the United States of trillions of dollars in output each year—a price that will only rise if the United States doesn’t shift course. Part of the problem is that Americans do not want to buy a lot of what U.S. educators want to sell, and it is hard to blame them. The quality of public primary and secondary schooling is woefully uneven, and a high school diploma does not always come with marketable skills. Higher education is increasingly bureaucratized, ideological, and expensive. If Americans treated education as if their future depended on it, they would look for far-reaching overhauls, not marginal changes, and they would look beyond teachers unions and university administrators for better ideas. Revitalizing the country’s human resources—not just educational attainment, but health, workforce participation, and even family—will increasingly be strategic imperatives for the United States.

The coming demographic and educational changes are predictable. But they are not entirely inevitable, and they are unfolding slowly. The United States has time to adapt and address its educational shortcomings before it is too late. To avoid squandering its educational edge and putting its position of global primacy at risk, however, Washington must acknowledge that education is no longer just a domestic policy issue, but a national security issue on which the very future of the United States depends.

Editor’s note: This essay was adapted from a longer essay in Foreign Affairs.

Nicholas Eberstadt is Henry Wendt Chair in Political Economy at the American Enterprise Institute and author of many works, including “Education and Men without Work,” a chapter in How to Educate an American, edited by Fordham’s Chester E. Finn, Jr. and Michael J. Petrilli.