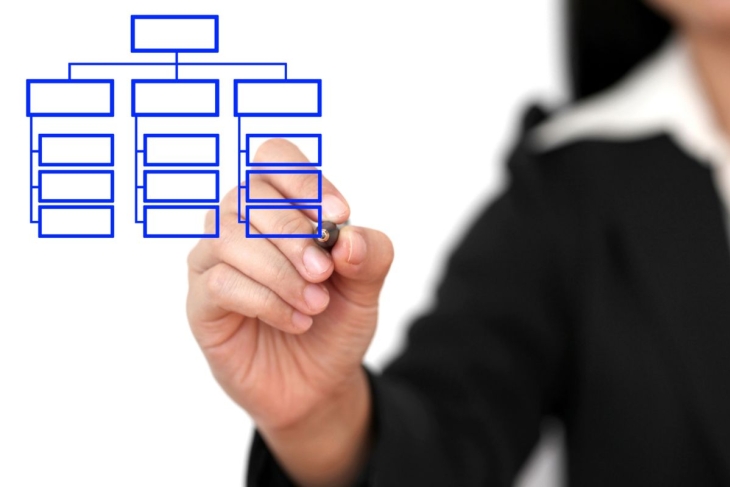 In December, state lawmakers rocked the boat during an otherwise sleepy lame duck session by moving forward with a proposal to significantly overhaul Ohio’s education governance structure. Although the measure ultimately stalled, proponents vowed to try again, and in the early weeks of January, they kept their word.

Senate Bill 1 makes two significant changes to current law. First, it replaces the current Ohio Department of Education (ODE) with a new agency, the Department of Education and Workforce (DEW). The new DEW would be run by a director appointed by the governor, and would consist of two divisions—one focused on primary and secondary education and the other on career-technical education—each headed by deputy directors who are appointed by the director. All three positions would be selected with the advice and consent of the Senate.

Second, the bill transfers the vast majority of Ohio’s day-to-day education decision-making power to the DEW. Right now, ODE is overseen by a state superintendent who answers to the state board, a nineteen-member body comprised of both elected and appointed members. However, under SB 1, the overwhelming majority of powers and duties related to primary, secondary, special, and career-technical education would be transferred to the DEW, which would also become Ohio’s “state education agency” under federal law. The state board and the state superintendent would still be responsible for executing some administrative functions, like the adoption of requirements for educator licensure, disciplinary actions, and school district territory transfer determinations.

If this bill passes, education governance in Ohio will be vastly different than it has been in years past—and that’s likely a good thing. Here are three reasons why.

1. The state board doesn’t focus on the right things.

Under current law, the state board has a host of responsibilities. One of the most important is its obligation to “exercise leadership in the improvement of public education in the state.” This has become especially crucial in the wake of the pandemic, during which hundreds of thousands of Ohio students fell behind academically. Black and Hispanic students, those with special needs, and children from low-income backgrounds have been hit the hardest.

Given its mandate to lead the way on education improvements, one might assume that the state board has been using its platform and powers to spotlight learning loss, highlight the pandemic’s outsized impacts on underserved communities, and strategize about how best to address the crisis. But a look at materials from board meetings held in 2022 reveals very few planned discussions about Covid learning loss or state efforts to address it. That doesn’t mean these things didn’t come up during meetings, of course. But they weren’t the headlining discussion topic they deserved to be, particularly in light of state and national testing results that indicate some pretty serious academic wreckage.

The same is true for the billions of Covid relief funding that Ohio and its schools have received from the federal government. According to state law, the board is responsible for supervising the “allocation and distribution of all state and federal funds for public school education.” That includes developing “a standard of financial reporting” for districts and schools so that their financial information and budgets are “available to the public in a format understandable by the average citizen.” Although recent state board meetings have included discussions about state and district spending of Covid relief funds, the board has never called on ODE or district boards to transparently track and report how they’re spending hundreds of millions of federal dollars. That’s a problem.

To be fair to the board, some of their work has focused on the right things. Last spring, they did a solid job of ironing out the details of a state report card overhaul. And in recent meetings, they’ve tried to focus on workforce readiness and the rising importance of career-technical education. But for the most part, the board is so busy miring itself in controversy and engaging in “psychological games” and public backbiting that it isn’t doing the work it should be. Laura Hancock, writing for Cleveland.com, said it best: “The board spends significant portions of time in confusion and arguing over parliamentary process. The board is ideologically divided and spends hours arguing over resolutions that don’t directly affect student achievement, even though Ohio kids are behind because of the pandemic.”

2. The state board has a history of lowering expectations.

Whether teachers have high expectations of their students depends on a variety of factors. Education policy might not immediately come to mind as one of those factors, but it plays an important role. When high expectations are enshrined in law, teachers and schools that may have otherwise given in to the soft bigotry of low expectations are instead required to strive toward a higher standard. It’s not a perfect system, obviously, but it can positively impact students. That’s why it’s so worrisome that the state board has a history of lowering expectations.

Consider the graduation requirements debacle that plagued Ohio for years. In the fall of 2016, some district leaders warned of a coming “graduation apocalypse” thanks to a new set of requirements that thoughtfully and purposely raised the bar for students. By the spring of 2017, the state board was advocating for a set of alternative requirements that would allow students to earn a diploma based on things like attendance, capstone projects, and volunteer hours—measures that have little to do with the knowledge and skills that most colleges and employers are looking for, and that would likely result in students earning meaningless diplomas. Despite a lack of data on how many students needed an alternative pathway, and the fact that such low expectations created serious equity issues, the state board asked the legislature in 2018 to extend the softened graduation requirements to the classes of 2019 and 2020. Fortunately, the legislature didn’t follow through with the board’s recommendations. But the episode is an important illustration of how the board has openly sought to water down academic standards.

Ohio’s younger students haven’t been spared the board’s low expectations, either. At its most recent November meeting, the board voted to recommend that the General Assembly repeal the retention provision of the Third Grade Reading Guarantee. In its resolution, the board claimed that “mandating third grade retention had not achieved the desired result” in Ohio. But that’s highly questionable. In fact, pre-pandemic trends in third grade English language arts state test scores show an uptick in proficiency rates and a substantial decline in the number of students who score at the lowest achievement level—an important data point to consider, as the policy was intended to focus on struggling readers. Rather than seeking to maintain a high standard for early literacy, the board has planted a flag for low expectations.

3. The state board doesn’t act with urgency.

One of the most persistent criticisms of the board is that it takes far too long to do pretty much everything. Take the aforementioned graduation requirements issue, for example. Throughout 2018, state board members complained about “inaction” from state lawmakers in identifying a permanent solution to the supposed problem that students were struggling to earn the number of end-of-course exam points required by law for a diploma. And yet in an ironic—and supremely hypocritical—twist, it was the state board that was legally responsible for setting the number of end-of-course points. If board members thought the required number was too high, they had the power to change it. But they didn’t. Instead, they abdicated their responsibility for nearly a year and then accused the legislature of being slow to act.

The most obvious example is the seemingly interminable search for a permanent state superintendent, which has dragged on for over a year and a half now. It’s important to acknowledge that the extended search isn’t entirely the fault of the board. But the board isn’t free of blame, either. Discord and political infighting among members have certainly slowed the process. (“You’ve got a bunch of factions,” Senator Andy Brenner told the Columbus Dispatch in October. “That’s really what led to the delay in the superintendent search.”) In mid-December, rather than vote to hire a search firm to find a state superintendent, board members decided to postpone the decision “amid legislative uncertainty” about their future. Ironically, one of the chief reasons such legislative uncertainty exists is because they have a longstanding habit of postponing decisions.

If SB 1 makes it through both chambers and is signed into law, it will change Ohio education governance as we know it. But change isn’t always a bad thing. For years, the state board of education has failed to focus on academic growth and achievement, refused to uphold high expectations for students, and neglected to act with urgency. Instead, it’s become consumed with political infighting and controversy. Ohio schools and students deserve educational leadership that acts quickly and efficiently in their best interest. Right now, they don’t have it. SB 1 could change that.