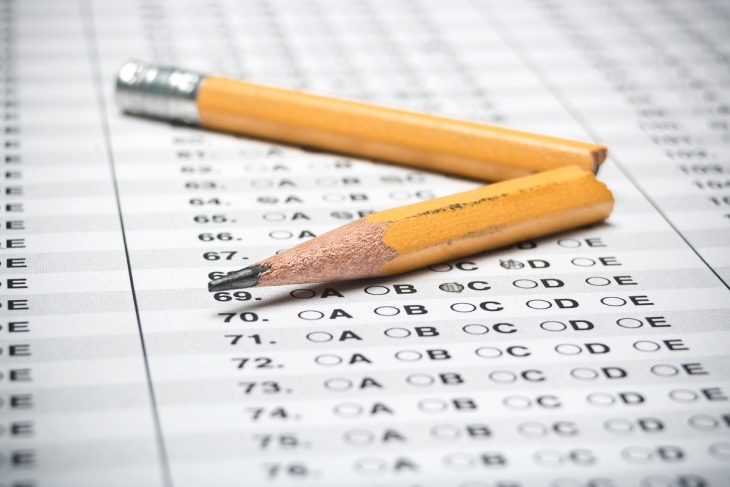 Every two years, the National Assessment of Educational Progress (NAEP) checks the pulse of students’ math and reading achievement across the United States. After a one-year hiatus, the U.S. Department of Education released its latest data from tests given to a representative sample of students in early 2022. Though state assessment data and results from diagnostic testing vendors have already documented massive learning losses in the wake of the pandemic, this is the most comprehensive look at post-pandemic achievement across the entire country. In contrast to state exams, which provide a critical “in-state” look at student performance, NAEP offers insight into how Ohio stacks up nationally and against other states.

As widely reported, the national results are dismal, revealing once again the severe academic toll of the pandemic. U.S. Secretary of Education Miguel Cardona characterized the results as “appalling and unacceptable” and former Secretary Betsy DeVos called the achievement losses “a national crisis.”

But did Ohio students buck the trend? Unfortunately, the answer is no—the Buckeye State struggled just as much as others. In fact, given the relatively modest proportion of Ohio students in remote learning in 2020–21, the state’s learning losses were steeper than one might expect. What’s worse is that the NAEP data indicate that historically disadvantaged students in Ohio lost even more ground than their national counterparts during the pandemic.

We begin with the overall results in the four tested grades and subjects. In fourth grade reading and math, Ohio’s scores slid by three points in both subjects, losses that track the national decline in reading but are slightly smaller in math. Eighth grade scores in Ohio fell by five points in reading and plunged a whopping ten points in math—declines that exceeded the national losses in both subjects. To put these declines into some perspective, Ohio’s 2022 score in three of the four assessments is now at its lowest point since 2003. And some analysts consider ten point gains or losses on the NAEP scale roughly equivalent to one grade level or a year’s worth of learning. The good news—if one might call it that—is that achievement in Ohio still remains slightly above the national average on all four tests. 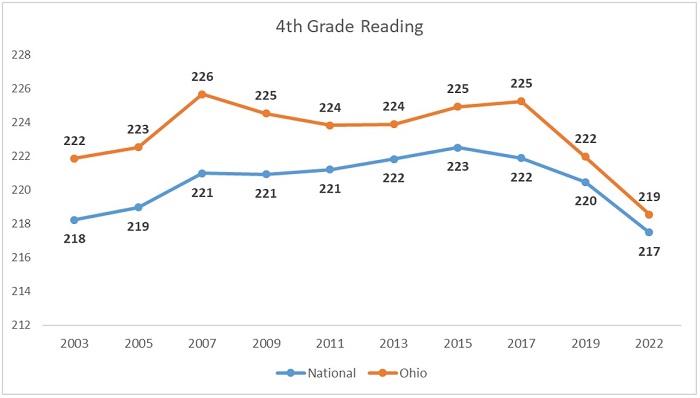 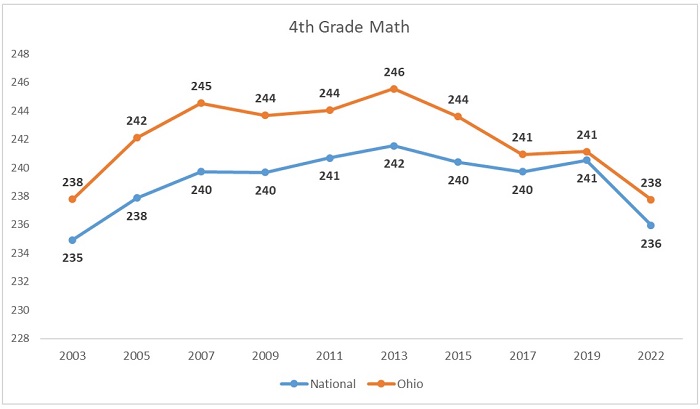 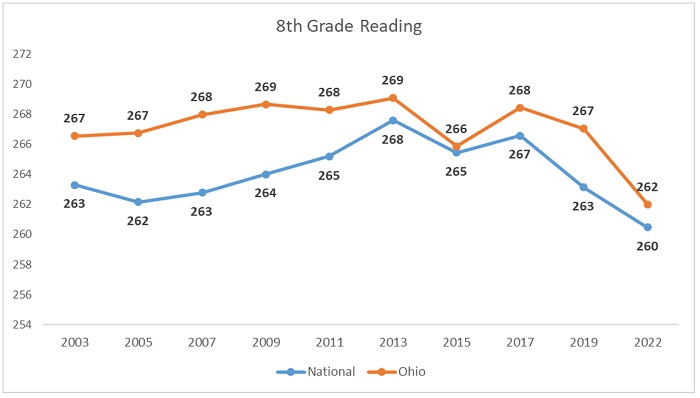 Figure 5: Changes in fourth grade NAEP scores from 2019 to 2022 by major race/ethnic group, Ohio and national 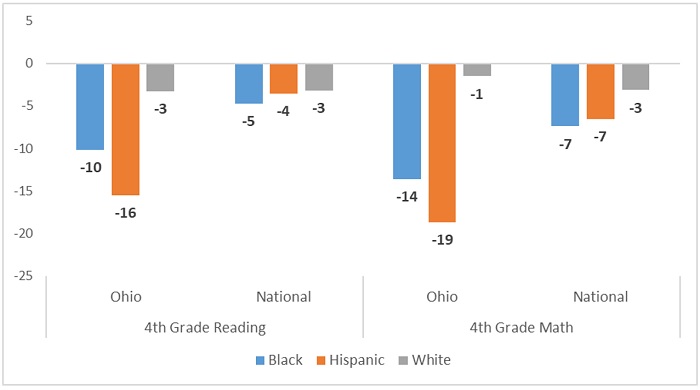 Turning to eighth grade, Hispanic students in Ohio also registered double-digit declines in both subjects, losses that exceeded those of their national counterparts. Interestingly, Black student achievement in both Ohio and across the nation held steady in eighth grade reading. But in math, Ohio’s Black eighth graders lost more ground than their national peers. Though Ohio’s state rankings for Black and Hispanic eighth grade students aren’t nearly as low as in fourth grade, their scores also fall below the national average (save for eighth grade math for Hispanic students). Figure 6 also reveals larger learning losses among Ohio’s White students than the average White student in the U.S., which helps explain the larger overall dip that the state experienced in eighth grade.

Figure 6: Changes in eighth grade NAEP scores from 2019 to 2022 by major race/ethnic group, Ohio and national 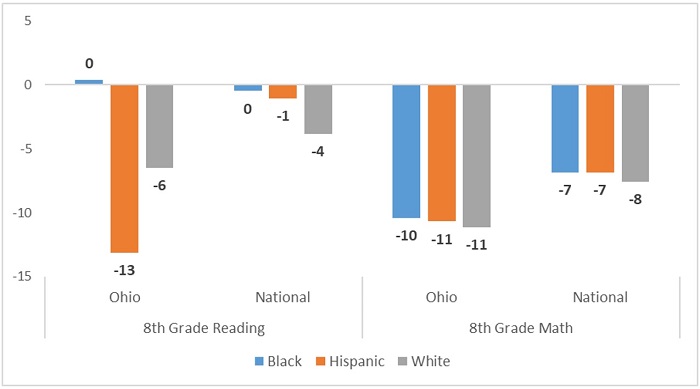 Figures 7-8: Changes in fourth (top) and eighth (bottom) grade NAEP scores from 2019 to 2022 by FRPL-eligibility, Ohio and national 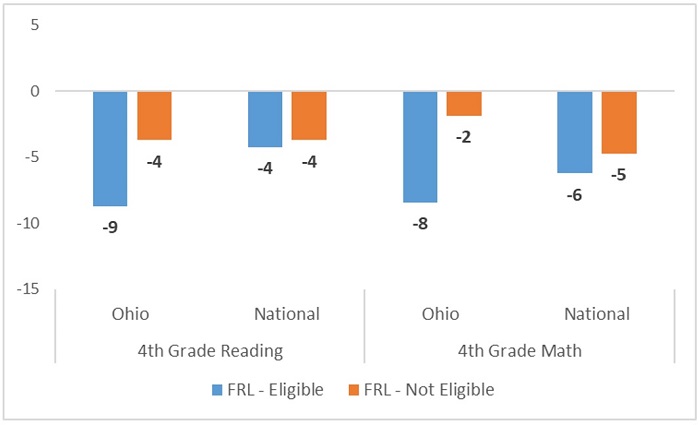 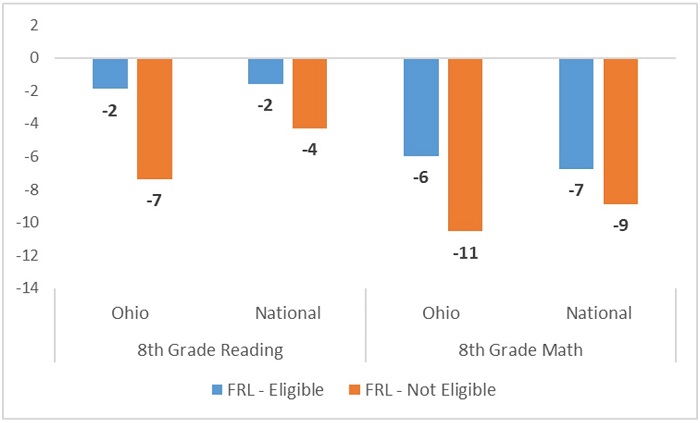 NAEP results always force us to pause and reflect on the state of education in Ohio and nationally. That’s true this year as well, but given the learning losses over the past couple years, they ought to compel us to action. The data are clear: Ohio students are suffering academically. Regrettably, Ohio’s top political leaders have barely said anything about the academic crisis at hand. That needs to change. Without a swift and effective policy response from state leadership, more young people will exit high school without the math and reading skills needed to succeed in life. That would be a tragedy not only for the state as a whole but for tens of thousands of future adult Ohioans.