If the State Board of Education believes that Ohio students can meet high expectations, it’s time to quit searching for ways to lower them 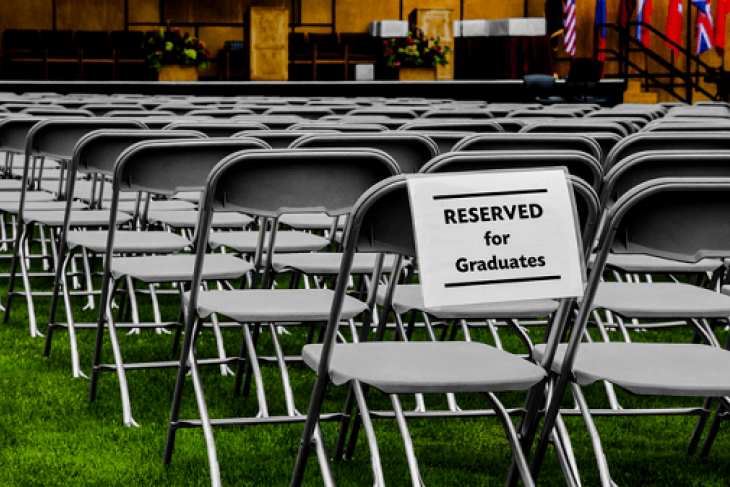 On a recent visit to Xenia schools, State Superintendent Paolo DeMaria said: “I think so many times we underestimate what students can do. Our hearts tell us to be a little more protective—I’m not sure they can reach that level or handle that kind of work. But time and time again as I go across the state talking to teachers, I find that their socks are blown off because kids always are able to exceed even the highest expectations we set.”

Superintendent DeMaria is right, but not everyone in authority seems to agree. As you’ll recall, doomsayers sounded the alarm back in 2016, declaring that hordes of students would never meet the state’s new and tougher graduation requirements, which offer young Ohioans three pathways to a diploma. Of the three, the state test pathway caused the most concern: Students earn one to five points based on their performance on seven end-of-course (EOC) exams, and must earn a total of eighteen out of thirty-five points to graduate. District officials claimed that students were struggling to accumulate eighteen points because the tests were so difficult.

Perhaps unsure how to judge that concern, and open to giving schools more time to adapt to a higher bar, the legislature in June 2017 approved a temporary set of weak “alternative pathways” for the class of 2018, the first affected by the new requirements. There were a few alternative options—like earning credits in College Credit Plus or certain exam scores in an AP or IB course—that required an objective demonstration of academic mastery. But there were also others—like 93 percent attendance during the twelfth grade year or completing 120 hours of work or community service—that had nothing to do with academics at all.

The class of ’18 has now graduated but—depressingly—the State Board of Education remains unconvinced that upcoming classes can meet higher expectations. This spring, board members returned to the legislature and asked that the softened 2018 graduation requirements be extended to the classes of 2019 and 2020. To its credit, the legislature left Columbus for the summer without assenting. Senate President Obhof, apparently remembering that the 2018 changes were intended to be temporary, remarked: “There were a number of members of the caucus who expressed the same concern I did at this point last year about that being a temporary, one-year fix, not a permanent fix.” Representative Andrew Brenner, chair of the House Education and Career Readiness Committee, added: “We want to see more data. We want to see some more results and then we’ll go from there.”

Legislators are right to demand more data. We still don’t know how many students met the original, more robust graduation requirements, even though the class of 2018 received their diplomas a few months ago. The Ohio Department of Education (ODE) hasn’t managed to make this calculation despite the critical importance of having accurate data before changing state policy. The only “data” currently available are ODE projections from January 2018, which predicted that 76.5 percent of the class of 2018 would likely graduate without the alternative pathways, i.e., would reach the higher bar.

The aforementioned doomsayers likely interpret that projection as one in four students being denied a diploma. But doing so purposely ignores that Ohio’s most recent four-year graduation rate was 83.4 percent, not 100 percent. Simple subtraction implies that 16.6 percent of students failed to graduate on time, even under Ohio’s older and more lenient system. The percentage of students who were on track to graduate but hadn’t met the higher standards compared to Ohio’s previous graduation rate is just seven percent (83.4 minus 76.5). Nobody wants to see graduation rates go down, but that sort of drop is far from the “apocalypse” some had predicted.

Legislators are right to resist putting another temporary fix into law. The new requirements were adopted for an important reason that hasn’t gone away: far too few Ohio graduates possessed the knowledge and skills needed to succeed in college or the workplace. Since the requirements represent a significant escalation of expectations, they would surely result in a temporary decline; the same thing happens to proficiency rates when states raise academic standards or administer harder tests—or even just new tests. As time goes on, students and schools adjust to the higher expectations and performance improves. That already appears to be happening in Ohio with proficiency rates on state assessments.

Massachusetts offers a glimpse of what can happen when states stand firm on higher expectations. While discussing how the Bay State implemented its landmark Education Reform Act of 1993, Dave Driscoll, the former Commissioner of Education in Massachusetts, explained that the law called for raising standards and expectations for three “buckets” of people: students, educators, and schools and districts. For students, higher expectations took the form of tests that students had to pass in order to get a diploma.

Just like in Ohio, Massachusetts officials faced a lot resistance. Driscoll recalled that “a lot of legislators were getting cold feet, a lot of superintendents were saying this isn’t going to work, a lot of principals were saying this is not right for kids.” Fortunately, the state’s “governors, speakers of the house, senate presidents…[they] stuck with it. And I think that was the key…sticking to high standards has been a hallmark for the political leadership of Massachusetts.”

It’s a lesson that Ohio’s state board seems not to have learned. If members seriously believe that too few Ohio students will meet state test requirements (or the two other pathways), they could take unilateral action by lowering the minimum number of EOC points needed to graduate. In fact, back in 2016 they considered lowering the number of required points from eighteen to fifteen. Fortunately, they didn’t do that, but the board remains responsible for setting the number of EOC exam points required to get a diploma—it’s still in their power to adjust the threshold.

As long-time advocates of high expectations, we believe that lowering the bar would be a mistake. But if it comes down to a choice between lowering the test-score point threshold temporarily or continuing to push for academic-lite options to be established into law, it’s an easy decision.

When the state offers non-academic graduation pathways, it communicates to students that learning doesn’t much matter—that their actual readiness for the future struggles they face matter less to state leaders than the overall graduation rate. It’s not a coincidence that Massachusetts is the highest achieving state in the country, or that Ohio lags behind. Massachusetts’s success started with instituting high standards—including a set of rigorous graduation tests—and then sticking to them by helping kids who struggled instead of just moving the goalposts. So far, Ohio has failed to do that.

If state board members share Superintendent DeMaria’s view that kids will exceed even the highest of expectations, they’d be wise to focus on setting and maintaining high expectations for all students and making sure that Ohio education policy is laser-focused on helping every young person in the state reach rigorous levels of academic attainment.