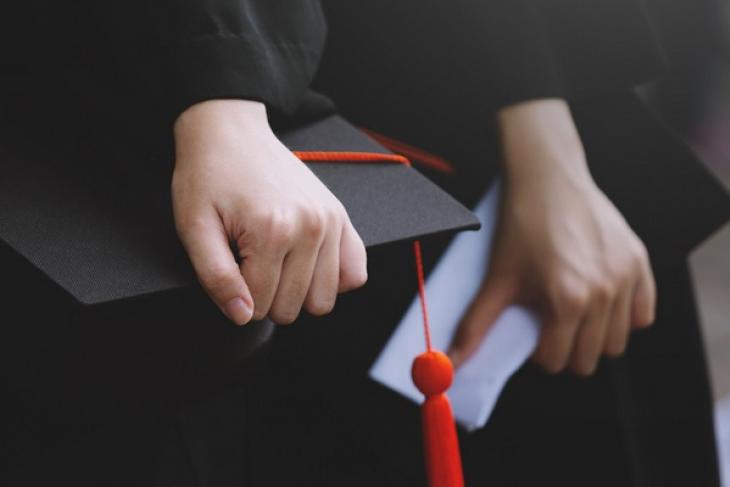 In early February, Chalkbeat published an analysis of New York City’s graduation rate, which rose to nearly 76 percent in 2018—a 1.7 percent increase compared to 2017. The article notes that although city officials have pointed to the increase as evidence of growth, it may actually be due to recent state policy changes that provided additional pathways toward graduation. One of these changes allowed students to graduate with lower scores on the five state tests—known as Regents exams—that they must pass to earn a diploma. The other allowed students to substitute one of the five exams with an alternative test. Although neither were new for the Class of 2018, a whopping 1.2 percent of the city’s 1.7 percent increase can be solely accounted for by students taking advantage of the alternatives.

For some pundits and advocates, that’s not a problem. One of the driving forces behind expanding the number of pathways to a diploma is allowing more students to graduate. Data show that students with a high school diploma earn more than those without one, and dropouts face higher rates of unemployment, poverty, and incarceration. It’s not surprising that policymakers would support systems that maximize the number of students receiving a diploma.

But there are two sides to every coin. More students may get a diploma when graduation pathways are broad and less rigorous, but these students may very well end up struggling in college and the workplace because they haven’t mastered important content and skills. Significant majorities of college instructors and employers have reported that recent high school graduates are arriving at college or the workplace with gaps in their preparation. Job openings and unemployment numbers reported by the U.S. Department of Labor indicate that the skills and preparation of jobseekers don’t match the needs of employers. And the most recent report on college completion rates from the National Student Clearinghouse found that, within six years of starting college, 11 percent of students had not earned a degree or certificate but were still enrolled, and another 30 percent had dropped out entirely. A good chunk of those dropouts are students who had to take remedial courses because they weren’t prepared for college-level work, and data show that most remedial students never go on to graduate. Ohio-specific data is similar: 27 percent of incoming college students require remedial coursework, and only 33 percent of Ohio students earn at least an associate degree within six years.

The upshot of all this data is that there are thousands of adults who are struggling mightily in college and the workplace because of a gap between what their high school diploma says they’re ready to do and what they’re actually ready to do. One way to fix this would be to set rigorous graduation requirements: Policymakers could make sure that high school diplomas are a meaningful indicator of the basic academic skills that colleges and employers look for, and schools could provide students who are struggling to meet those benchmarks with a ton of support and remediation. Graduation requirements shouldn’t be unrealistically high, but they shouldn’t be nonexistent either. States should set a reasonable bar for academic mastery and then stick to it.

Unfortunately, that’s the opposite of what Ohio has done. In fact, many in the Buckeye State are calling for easier graduation requirements and more expanded pathways. The state’s strategic plan asserts that “students should have multiple ways to demonstrate what they know and are able to do.” Legislation that passed late last year put alternative pathways in place for the classes of 2019 and 2020. And a long-term proposal from the Ohio Department of Education and the State Board of Education would give students a menu of graduation pathways ostensibly to make school more “personalized” to their interests.

But there is a serious problem with Ohio’s recent changes and proposals. Despite assurances to the contrary, these expanded pathways are not rigorous. The alternatives put in place for the classes of 2018, 2019, and 2020 allow students to graduate based on non-academic measures like attendance and volunteer hours—things that have nothing to do with the basic academic skills that both employers and colleges look for. The proposal being debated by the state board isn’t any better. The “Culminating Student Experience” option that is outlined within the proposal is the educational equivalent of Harry Potter’s Room of Requirement—it can be anything to anyone, from a portfolio of art works to a science fair project. There are no guardrails to ensure that what it’s used for is beneficial for students. (See here for a more in-depth look at what the culminating student experience requires of students.)

As my colleague Brandon Wright has noted, easing expectations can seem like a victimless act. Data show that adults with high school diplomas are better off, and so it seems compassionate to weaken graduation requirements and give as many students as possible a diploma. But doing so ignores the laundry list of issues that graduates face when they’re handed a meaningless diploma: remedial college classes that cost money and waste time, struggling to keep up with better-prepared peers, and difficulty finding and keeping a well-paying job. These are serious problems that can negatively impact the same outcomes a high school diploma is supposed to make possible.

Even worse, students are left to deal with these consequences largely on their own. The moment they’ve earned their diploma and been counted in the graduation rate, they’re no longer the K–12 system’s problem. That’s great for policy leaders who want to use high graduation rates in their rhetoric, and for administrators who are concerned with short-term results that prove they know what they’re doing. But for students who have to navigate college and the workplace armed with a meaningless diploma? Not so much.