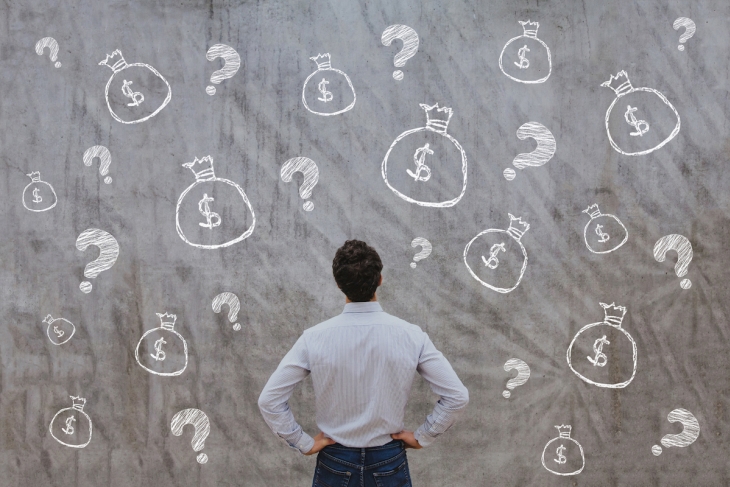 A new study released this month by Kenneth Shores and Matthew Steinberg tackles the question of whether federal pandemic relief for public schools was provided in the right way and in the right amount. The study does some informed but essentially back-of-the-envelope math to estimate how much it would take to fix learning loss, and although the authors give a range, the number circulating in the headlines is $700 billion. Not only is that estimate far more than the $190 billion in Elementary and Secondary School Emergency Relief (ESSER) federal Covid relief funding that went to schools: It’s also more than the Census’s figure for total current expenditures for all public schools in the US in FY 2020. However, this rough figure has a host of estimation problems, and a perspective problem to boot.

The totals Shores and Steinberg provide range between $325 billion and $1.4 trillion. That enormous range—roughly 150 percent of total current public school spending—should cast some doubt on the middle $700B figure the media latched on to, and some estimation problems bear out such doubts. Shores and Steinberg’s total costs estimates are the product of three measures: 1) The duration of students’ remote instruction, 2) remote students’ learning loss, and 3) the cost to recover that lost learning. All three of these measures are hard to pin down (disclosure: they use my AEI Return To Learn (R2L) data for some of their estimates) and thus result in wildly different cost estimates.

For calculating the duration of students’ remote instruction, the authors base their high-end estimates on anonymized cellphone tracking data. My technical concerns about these data’s precision aren’t hard to see. If you gauge how many students are in school based on the relative number of cellphones that show up in the building, you might get decent estimates for high schools, but not for elementary grades. High schoolers were both more likely to have cell phones and stay remote longer, so the cell data probably overestimates remote instruction.

Estimates of learning loss (from America) are reasonable to a point. Estimates from studies by Goldhaber et al. and Kuhfeld et al. are quite similar (and the Goldhaber paper also uses R2L data, which helps with apples to apples comparisons), and both lean towards the lower end. Nevertheless, even these estimates don’t mesh with the rapid progress already seen in some states. In Tennessee, Texas, and Mississippi, spring 2022 test scores in reading almost bounced back to pre-pandemic levels, and test scores in math saw significant progress, as well. Most states are making slower but still substantial progress, which suggests that the durability of learning loss may be less than measurements from fall 2021 suggest.

Primarily, the totals the study provides hinge on how much it costs to make up a given unit of lost learning. The authors do their best to find an informed estimate of that unit cost, but that estimate is, to put it bluntly, a guess, and one that doesn’t wash with the progress we have already seen in states. As mentioned above, academic recovery is already progressing to some degree without anything like the spending Shores and Steinberg suggest. That’s important because it suggests that their unit cost is excessive and that so are their estimated totals.

Overall, these estimates have problems, but they are not the only problems here. This study, and news coverage of it, willfully ignores why remote instruction, and the learning loss it drove, was so uneven. The R2LTracker shows 2020–21’s closures differed tremendously between districts. Those closures were local policy choices and these policy choices had consequences—terrible consequences for students. The authors’ suggestion that “adapting ESSER allocations to remote learning would have been a feasible adjustment the federal government could have made in real time” would have meant that more federal relief would flow to districts’ whose excessive Covid caution overextended school closures and resulted in greater learning loss. Such a policy would have both treated that excessive caution as acceptable and shortchanged districts who reopened sooner.

A thorough discussion of what else needs to be done to make up for learning loss is worth having. Recovering from the pandemic will be schools’ primary challenge for years to come, and no doubt, it will be difficult to do with the limited data on hand. However, that discussion needs a clear-eyed look at what caused pandemic learning loss if it is to honestly deal with what should be done and spent, and by whom.

Editor’s note: This was originally published by the American Enterprise Institute.

Nat Malkus is a senior fellow and the deputy director of education policy studies at the American Enterprise Institute.