When it comes to catching kids up, let’s stop with the generalities 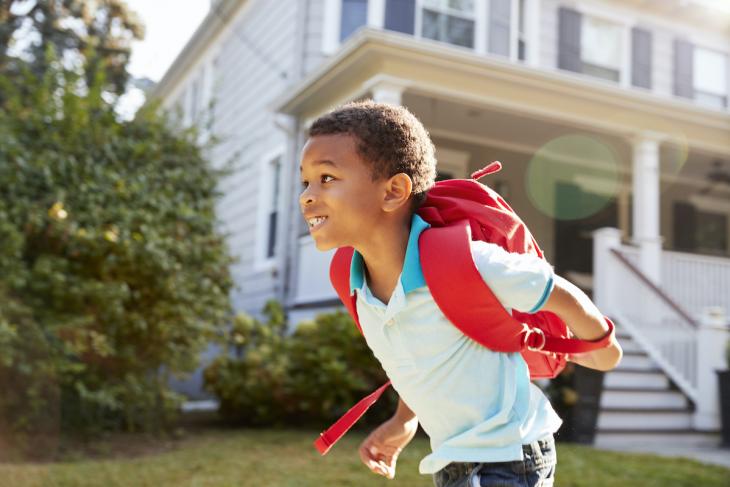 It’s an experience common to every writer in the world: the sinking feeling when you realize that the provocative headline your editor has placed atop your carefully-wrought piece is sure to send an angry mob in your (virtual) direction. So it was with my recent Washington Post op-ed arguing that “millions of elementary pupils who were already a year or two behind when the crisis struck” should not be socially promoted next year, so as to give their schools and teachers the gift of time “to fill in the gaps in kids’ knowledge and skills and accelerate their progress to grade level.” The truncated, click-bait version? “Schools should consider keeping kids in the same grade this fall.”

As Jay Mathews wryly noted in a follow-up column, my commentary “apparently enraged nearly everyone who read it.... Reader comments included: ‘I’m rolling my eyes so hard it hurts’ and ‘My question is how this idiocy found its way into The Post.’”

Jay came to my rescue, saying (correctly) that my article was really “a plea for creative thinking”—especially regarding how schools might use time differently in the face of this unprecedented challenge. Bingo—and something I should have said more clearly myself!

The flap reminded me yet again that words and language matter, especially when we’re dealing with what David Tyack has called “the grammar of schooling.” Washington Post readers (and especially folks on Twitter who never got past the headline) saw me proposing to hold kids back, which struck them as mean, punitive, and “blaming the victim.” That of course was not my intention. I wanted to give struggling students something extra, something that would benefit them: not just an extended school year or day or small group tutoring (though we should do all that), but an extra, free year of schooling, if that’s what they need.

Lesson learned: We need to be precise, especially in this moment of heightened anxiety and widespread uncertainty.

So it is with the larger conversation about how to help “catch kids up” when schools return to in-person instruction, one hopes in the fall—a conversation that has also been riddled with imprecision. And it creates the impression of disagreement when really we are just talking past each other.

To overgeneralize, let’s view this complicated matter of what to do when schools reopen as two main camps that come at it from seemingly opposite perspectives. Let’s call one Team Personalized Learning and the other Team Grade Level Standards.

In broad strokes, TPL wants to make sure that every student masters key skills before moving on. And if teachers find pupils in their classes who missed critical concepts years before, they want the flexibility to go back and spend a good deal of time filling in the gaps before trying to tackle grade-level material. Of course, much of Team TPL would love to blow up the whole grade-level thing entirely and let kids proceed at their own pace rather than based on their age.

In contrast, TGL members worry that too much “going back and filling in gaps” means tons of dreaded “remediation,” shown by research to slow down student progress rather than accelerate it. Instead, they want teachers to spend most of their time on grade-level work, providing supports to students to help them access that “grade level material.” And they sure don’t want to make kids repeat a grade, given the multiple research studies showing that it doesn’t do much good, and in fact can do much harm.

It might seem that TPL and TGL are at loggerheads with irreconcilable views.

But that’s only because we are still talking in generalities; we haven’t yet gotten precise.

Let’s fix that. To answer the question of “how to catch kids up,” we need to ask at least three questions. First, how old are the students we’re thinking about? Second, which subject? And third, how far behind are they? Because the best path forward is going to look very different depending on the answers.

Consider some recent commentary on this topic. The other day in The 74, two captains of Team Grade Level Standards—David Steiner and Dan Weisberg—made a great argument for their view using high school English as their example.

You are a tenth grade English language arts teacher in Urban City, USA. Your curriculum says teach George Orwell’s novel 1984, but half your class lacks the vocabulary and interpretive skills to read the book. So, following your training to differentiate your teaching, you ask those students to read Lois Lowry’s The Giver instead—a seventh-grade text you think they’ll be able to manage…

Imagine that instead of assigning half the class The Giver, the teacher decided that no student was going to miss out on reading 1984. That teacher would have to do focused work with the less-prepared students: They might be asked to watch the movie rendition or listen to the book on tape; they might need to review plot guides or digital editions of early chapters with embedded vocabulary help and synopses. The key is that these interventions happen just before the whole class encounters the text. Done right, they can give students who’ve fallen behind access to grade-level materials at the same time as their peers.

Meanwhile, one of the captains of Team Personalized Learning—Joel Rose—has been making a strong argument using middle school math as his example:

Imagine that you’re a sixth-grade math teacher. It’s the first day of school, and the vast majority of your students arrived multiple years behind where they should be. Your job is to teach them concepts such as understanding percentages and dividing fractions. Both will appear on the sixth-grade state test, but your students never successfully learned much of anything about the basics of fractions in fourth and fifth grade.

What would you do?

Would you try to go back and address their unfinished learning from prior years and run the risk of not having enough time to cover all of the sixth-grade-level material? Or would you march dutifully through grade-level content and try to fill in gaps where you can, knowing that it probably won’t be enough?

Isn’t it possible that they’re both right? (Indeed, Weisberg and Rose co-authored a piece last year finding much common ground, and arguing that a combination of grade-level work and “filling in the gaps” is often the right move.)

Isn’t it likely that it depends on the subject matter and which specific knowledge and skills we’re addressing?

Given that there is a clear progression of standards in math, it makes a ton of sense that students will struggle if their understanding of prerequisites is faulty—especially when gaps are enormous. No amount of “supports” and “scaffolding” is going to magically make that problem go away. So we should encourage teachers to go back and help kids fill in the holes—while also helping students make progress on grade level material.

But English language arts—and especially reading—is different. After the decoding stage, it’s not a “skill” at all, as my colleague Robert Pondiscio often explains. A high-school student who can’t read “at grade level” can almost surely decode the words. What he can’t do is comprehend novels and informational texts because so much vocabulary and background knowledge is unfamiliar to him. So building up his vocabulary and content knowledge is the name of the game—which talented teachers can do with the strategies that Steiner and Weisberg suggest.

And all of this looks very different for our youngest children. A kindergarten student who was on the verge of sounding out her letters in March is most definitely going to need help picking up where she left off come fall. Likewise when it comes to counting to one hundred. Not to mention all of the social and emotional skills that kids learn (or are supposed to learn) in kindergarten.

So how should we help catch kids up? Let’s get precise.

As with all students, children in the earliest grades will need to be diagnosed with high-quality assessments, both the standardized variety and those developed by teachers who know them best. For those found to be way behind, we should give them—and their teachers—the gift of time. Rather than call it “retention,” let’s dust off my idea of a “second 2nd grade.” Kids currently in second grade will graduate to grade 2.5 (ideally with their current teachers); schools can spread out all of the skills in the K–2 standards across four years instead of three. If fancy universities promised their students a free fifth year of the college experience given the current circumstances, people would cheer. We should do the same by offering struggling kids a free extra year of elementary school.

For older students, it depends on the subject and the specific skills that need strengthening. In math, we should err on the side of mastery, and if that means spending some time on below-grade-level content, so be it. But in English language arts, as well as social studies and science, supporting students to access grade-level content should be the default. And of course, we should follow the lead of great schools and draw tools from both tool boxes via a mix of well-designed small group instruction, one-on-one tutoring, online acceleration and enrichment, and whole class discussions.

None of this is going to be easy, but we also need an approach that’s not impossible. We shouldn’t pretend that the typical school is suddenly going to be able to embrace instructional models that are brand new to them, given everything else they are dealing with. But we also shouldn’t waive our hands and make-believe that kids will be fine if we just do what we always do. Specific, proven, precise strategies are the key to finding our way through this historical challenge and doing right by our children.