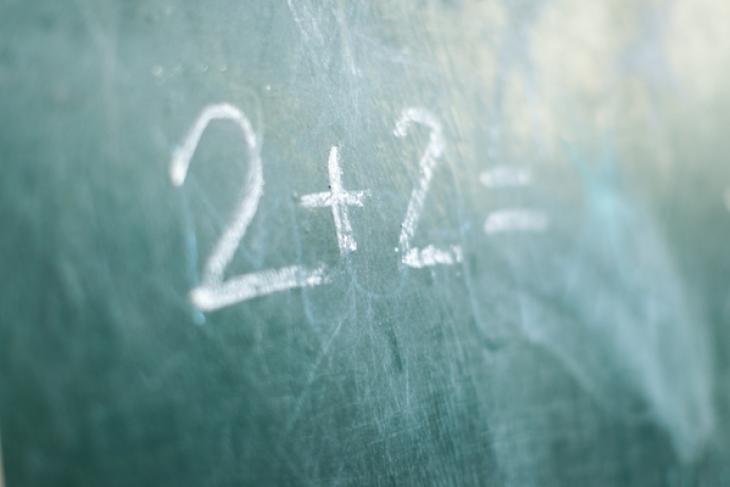 Veteran education analyst Marc Tucker wrote something the other day that stopped me cold. Describing some of the highest performing education systems in the world, he said, “Students do not routinely arrive at middle school from elementary school two or even three years behind. It simply does not happen.”

If we could replicate this in America, it would change secondary education forever. No longer would middle schools be faced with the impossible task of catching up kids who are desperately behind while at the same time accelerating the progress of their grade-level peers. There would be no more excuses for assigning work to students far below their grade level, as TNTP just found to be a widespread practice. And if most students were on track academically, or close to it, high schools could offer real college-prep and career-readiness pathways that lead to success in postsecondary education, good jobs, and far more.

But could such a track record be replicated here? There’s no one way to go about that, no silver bullet, but several key pieces would help: high-quality preschool to help kids get closer to readiness for Kindergarten; effective, evidence-based reading instruction, including phonics and phonemic awareness, the likes of which many schools still avoid; ample instruction in history, science, and the arts to boost students’ vocabulary and reading comprehension, as well as vital knowledge; a great curriculum aligned to academic standards; effective, well-trained, well-supported teachers; longer school days or years; and wrap-around supports to make sure that kids’ physical and emotional needs are met, so they can learn.

Doing all of that, and doing it well, would make a huge difference. But what if it still isn’t enough?

Consider, for example, KIPP DC, in particular its Douglass campus in Washington’s Anacostia neighborhood. It is considered among the very best schools in the city, if not the country, ticking off all of the items on the list of solutions above—including high-quality, full-day preschool starting at age three.

KIPP is achieving remarkable results, better than almost anyone else. Yet it still has children making the transition to the middle years who are far behind. At KIPP’s Douglass campus, just 21 percent of fifth graders score at the proficient level (4 out of 5) on the PARCC test for reading and writing; if we include those at level 3, it goes up to 51 percent. KIPP does better in math: 45 percent of fifth graders score a 4 or 5; 69 percent are at 3 or above.

That still means that about half of these KIPPsters are heading to sixth grade far behind in reading and writing, and nearly a third are doing the same in math. Which in turn means that the very best of the best high-poverty schools are struggling, generally without success, to get everyone caught up before the middle years.

That’s not the case for affluent schools across town. Look at Lafayette Elementary, in Washington’s tony Chevy Chase neighborhood. There, 77 percent of fifth graders got a 4 or 5 on the reading and writing test, and 72 percent did the same for math. If we include the students who got a 3, it goes up to 96 percent and 97 percent, respectively.

What’s the takeaway? Even with high-quality preschool, and even with a fantastic elementary school, even with longer school days and years, there’s just not enough time in the six years from kindergarten through grade five to help all low-income kids catch up to the grade-level expectations they will face in middle school. The impacts of poverty and related social challenges are just too overwhelming. This is particularly the case for reading, where the slow, gradual, and cumulative process of building content knowledge and vocabulary simply cannot be rushed.

So why not give them more time?

Grades K–5 in seven years instead of six

Imagine if KIPP and other high-poverty schools were able to add an extra grade to elementary school—call it grade 2.5. Students would enter elementary school at age five, but instead of leaving at eleven they would exit at age twelve. In effect, schools would create a default policy to retain most students after the second grade.

This is a cousin of policies that many states have implemented to “end social promotion” and retain a small sliver of students who cannot read with fair fluency by the end of the third grade. The research on most of those efforts is somewhere between mixed and disappointing, which isn’t surprising given the way those policies are usually implemented (though Florida is a notable exception). For the kids, it feels like a punishment and a mark of shame, and all they get is a second helping of the same curriculum that didn’t work for them the first time. Meanwhile, the vast majority of kids are socially promoted anyway, even though they haven’t come close to mastering grade-level standards.

What I have in mind with the addition of grade 2.5 is quite different than simply retaining a handful of students. It’s more akin to what some private schools do, by inserting a “junior kindergarten” or the like before (or sometimes after) kindergarten. They add some time and flexibility into the design of the school so kids who start out behind (maybe because they are relatively young, or just because they don’t have the same skills yet) can catch up at a more leisurely pace. Often these efforts are combined with multi-age classrooms so students can move ahead in the progression without changing classes or making it obvious which kids are moving up and which are staying behind.

And frankly it’s not so different from what many affluent parents do (myself included) by redshirting their kids, starting them in kindergarten at age six instead of five. Moms and dads with money can afford to keep their slower-to-develop children in preschool; that’s not an option for the poor. But it means that many of our own kids get the benefit of more time, and physical/mental/emotional maturity, when they hit the grade-level standards that school imposes on them.

How might this actually work? Let’s say that a high-poverty school wants to ensure that all its students are at or near grade-level standards on their way into third grade. It would take a high-quality, well-aligned curriculum and stretch out grades K–2 over four years instead of three. Ideally, the program would be flexible enough to allow students to move through the program at their own pace (a version of personalized and competency-based education). It might enable such flexibility by grouping kids in multi-age classrooms like Montessori schools do.

At the end of second grade, most students would graduate to grade 2.5. But high-achieving students might skip that, and move ahead to third grade, and eventually beyond. They would “accelerate,” which also happens to be the gifted-and-talented strategy with the most solid research base.

No doubt there would be logistical challenges, especially once the model was up and running for several years. After all, this means keeping most kids in elementary school for an extra year, which would require about 15 percent more space, and more teachers, than our current model. But if there were ever a time to try this, it’s now. Thanks to the post-Great Recession “Baby Bust,” our elementary school population is plummeting. Many schools are going to be forced to shrink—reducing their teaching staff and leaving classrooms empty. Not if we add a year!

Then there’s the money. Under typical school finance systems, schools could simply report to the state that they’re requiring a whole lot of kids to repeat second grade. The funds should keep flowing just as they always do. And again, given the Baby Bust, we’re not talking about additional dollars coming out of the pockets of taxpayers, though it would mean spending more money on fewer students—and spending it on the ones who need it the most. Whether such a system would be sustainable politically over the long term is an important question.

But that’s a good debate to have. Investing in getting low-income kids caught up at age seven or eight is surely more cost-effective than trying to do it when they are twelve or twenty. Plus, given the redshirting of so many affluent children, it’s a question of fairness. Why don’t some high-poverty schools volunteer to give it a try?