When excellence isn’t on a school’s menu 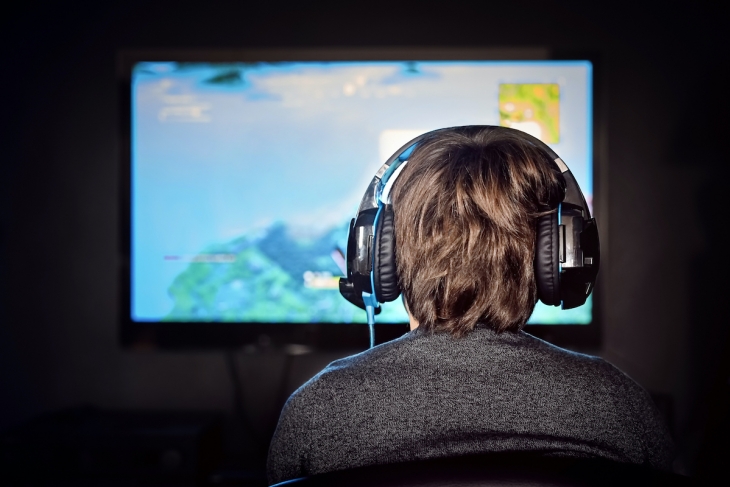 I knew something was wrong when, during what was supposed to be a full day of remote learning, my thirteen-year-old son announced at 9:30 a.m. that he was free until 11:27 a.m., and then plopped onto the couch and flipped on the television. I asked how that was possible, and he explained that it was his “plus block,” the weekly extra time allotted for each subject that exists for more comprehensive and in-depth learning. It exists so students learn more, not less.

Plus block does not exist to catch a few episodes of The Office or Friends or NFL highlights on YouTube. Well, maybe now it does.

This isn’t the first time I’ve been rankled by this “we are free during plus block” thing, but today it caught me at a moment in which I had both the time and the inclination to send a message to the principal. I wanted to gain a better understanding of how and why two of my children have regular two-hour stretches of nothing to do during a school year that already seems to have such a low bar for instructional time.

On the bright side and to her credit, the principal got right back to me and acknowledged the problem. And that is no small thing. Far too often, parents can’t even get over those two basic hurdles. She also admitted that neither she nor her staff are satisfied with current circumstances and that they are committed to continuous improvement. I appreciated the honesty.

How could any educator or school leader be glad to hear that during a five-hour school day—it was an early release day—two of those five hours were spent watching Friends?

It turns out that the plus block (also called “double block” in many schools) has been repurposed during this time of hybrid learning and Covid-19. It is now being used “as office hours to support students who need help,” my son’s principal said. This means that, by design, students who are caught up with their work and do not need extra help or support have nothing to do.

I sent the email exchange to a good friend of mine from a different state who served as president of her school board for over a decade, and she described the situation as “dreadful.” This is telling because her lens, beyond school board president, is that of a mother of four, one of whom has severe disabilities. Which is to say that she understands the need to provide support and intervention to those who need it while also knowing how destructive it can be to waste the time of students who need more work and a greater challenge.

Bored and disengaged kids are a red flag in the best of times. During these worst of times, we ignore them at our own peril. And theirs.

The brutal truth is that, pre-Covid-19, merely hitting the standard has been the maximum instead of the minimum in far too many schools. This low bar has only gotten lower during the pandemic. The ideal, that every student’s learning should be maximized, remains elusive, and children who need more difficult work and greater rigor are increasingly invisible. One mom who has long been frustrated by the low standards and expectations of her kids’ school district put it this way when I shared my own frustration: ”I can’t get over an educator being the roadblock to students who want to learn more.”

It may be tempting to dismiss these concerns as the worries of the privileged class, moms whining about their precious babies not having a leg up. But that would be a mistake. Plenty of the students stuck in the quicksand of low expectations and minimal workloads see education as their one and only ticket to becoming the best version of themselves, and many are socioeconomically disadvantaged. Succeeding in this manner becomes impossible when excellence isn’t even on the menu.

We can acknowledge that education during this pandemic is unprecedented in its complexity and challenges without settling for woefully low standards when it comes to how we use school time. Some students may naturally gravitate toward reading a book or teaching themselves something new during those two free hours, but most won’t. As the daylight hours diminish and the weather turns cold in much of the country, it will only become more difficult to find productive and healthy ways to fill big gaps of free time during what is supposed to be a structured school day.

And to all who say, “be the parent, just don’t let him turn on the TV”—I hear that point. I really do. But the honest truth is that I don’t have it in me to stop my work and die on the “no TV during school hours hill” when they have nothing school-related to do. I have admittedly tried and failed to supplement these hours with “school work” that I assign. But I am their mom, and that means they will resist what I assign with every fiber of their being.

There is no magic fix, and no one expects school to seem normal for the time being. We know this is hard. But we do expect schools to make efforts to challenge every student—and to, at the very least, ensure that kids don’t have vast swaths of downtime during school hours to watch TV and playing Xbox.