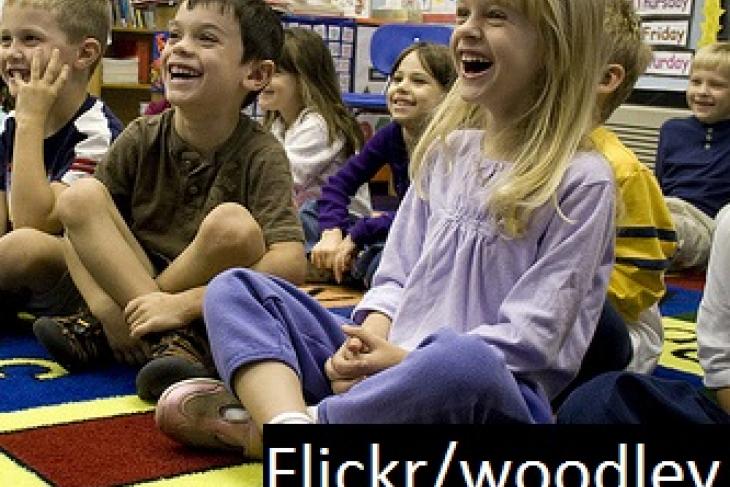 I confess I’m somewhat bewildered by the passionate arguments over the Common Core State Standards. Getting in high dudgeon about K–12 learning standards, which say almost nothing about what kids do in school all day, makes no more sense to me than getting apoplectic about food-handling procedures, which I seldom think about when pushing my cart through the grocery store. In New York City, where I live, architects seem grimly determined of late to litter the skyline with strange new monstrosities, each a greater eyesore than the last. It had not occurred to me to blame Gotham’s building codes.

I expect an argument when I assign my students Aristotle, Hobbes, Locke, Mill, and Hayek. But standards? They are dry, unlovely things.

But no matter. I come neither to praise nor bury the Common Core State Standards, now widely regarded as a “damaged brand” and a political piñata. But I do wish to point out that the standards enshrine several sound education ideas that have long been near and dear to conservatives. If Common Core disappears tomorrow, the considerable energy that has gone into fighting the standards ought to be redirected toward ensuring their survival. If not, conservatives may win a pyrrhic victory over standards, losing the bigger, longer war to improve America’s schools.

Here are a few big ideas in Common Core worth preserving and promoting:

If you haven’t set foot in an elementary school in a few decades, you might be surprised and dismayed to see what reading instruction has become. Most of us over the age of forty probably remember learning to read, then reading to learn—and little explicit reading instruction after third grade. Those days are long over. Reading instruction in America now mirrors adolescence. It never ends. Under the pressure of testing, English language arts (ELA) dominates the school day.

There’s merit to the idea that if children struggle with it, they should spend more time reading. However, reading is not a “skill” like riding a bike that you can learn, practice, and transfer to any bike. It’s true that your ability to turn the letters on this page into words is a transferable skill; this explains why you can “read” made-up nonsense words like “plizzle” or “pagbo.” But making meaning from the written word is far more complicated. Reading comprehension largely depends on vocabulary and background knowledge—a common understanding of both the words and the context—shared between readers and writers. Pick up a newspaper story about a sport you don’t follow, for example, or try reading the instructions for installing an operating system on your computer (if you’re not a tech whiz) for a quick demonstration of the importance of background knowledge. You may find that you know all of the words, but still struggle to make sense of stories on subjects you don’t know a lot about. If reading comprehension feels like a skill to you, it’s because you know at least a little about a lot of things. Broad general knowledge of the world correlates with reading comprehension—the more you know, the more you take from reading.

This is one of the primary reasons middle-class and affluent children are primed for reading success relative to their disadvantaged peers. Well-off kids are far more likely to bring to school the knowledge and verbal advantages that accrue from enrichment opportunities, educated parents, and a language-rich home environment—all of which pay big dividends in literacy.

The way most elementary schools teach reading has tended to ignore the symbiotic relationship between broad knowledge and broad reading ability. For years, teachers have been encouraged to teach comprehension as a collection of “reading strategies” to be applied to any text on any subject (like “predicting,” “visualizing,” or “finding the main idea”) as long as it’s at a child’s “just right” reading level.

By contrast, Common Core’s recognition that content matters — the more you know, the more you can read with understanding—is an important recognition of how reading comprehension actually works. It’s one of the reasons Common Core asks schools to spend more time with nonfiction texts. But with or without Common Core, overthrowing the content-agnostic, skills-and-strategies approach to reading instruction is long overdue.  And not just any nonfiction will do. Schooling needs to be coherent.

Nearly 30 years ago, an unlikely bestseller found its way on to the New York Times best-seller list and lingered there for six months. E. D. Hirsch Jr.’s Cultural Literacy came out at the height of the 1980s culture wars and was fiercely championed by conservatives, starting with then–Education Secretary Bill Bennett. In the decades since, Hirsch has been indefatigable in arguing that progressive, “child-centered” education ideas do real harm to kids. If we want to ensure that every child can read and write competently, Hirsch argued, we have to ensure that schools impart a common body of knowledge in history, science, the arts, and other subjects. Hirsch founded the Core Knowledge Foundation, spawning a network of schools—public, private, and charter—dedicated to his curriculum. And where those schools weren’t available, homeschoolers have used his books to guide learning over countless kitchen tables.

But within the American education establishment, Hirsch’s arguments largely fell on deaf ears—until Common Core. To be clear, Common Core is not a curriculum, which is a defined and detailed course of study—lessons, assignments, books, and tests—in a given subject. But the authors make it clear the standards can’t be met without one. Indeed, perhaps the most important feature of Common Core is the most overlooked – its call for a knowledge-rich curriculum:

Hirsch was not involved in the writing of the Common Core Standards, but this brief passage is a tidy summary of his thought and insight. Indeed, the principal author of the Common Core Language Arts standards recently described Hirsch’s vision as “absolutely foundational” to the standards.

It’s hard to imagine a single education reform that would do more to improve the verbal proficiency of American children—especially low-income and minority kids—than for Hirsch’s call for a rich, coherent elementary and middle-school curriculum to take deep and permanent roots in American schools. It would be brutally ironic if our schools’ long-overdue core-knowledge moment—long devoutly wished-for by conservatives—was sacrificed on the altar of Common Core.

SHOW WHAT YOU KNOW

There’s no nice way to say this. Writing in our schools is in appalling shape. The dominant “authentic” and “child-centered” instructional techniques championed by progressive educators haven’t helped much. Children as young as third grade are routinely asked to write about their personal experiences—even producing “memoirs.” The personal essay remains, alas, a staple of the college-admissions process, but it leaves students ill-equipped for the demands of more scholarly writing once they arrive on campus, much less for the kind of professional writing demanded by the real world.

Meanwhile, the old-fashioned book report is as dead as the dodo bird. Prior to Common Core, when children wrote about books they’d read, it was far more common to write a “personal response.” This can mean pages of inconsequential personal reflection only tangentially related to the book. This fashionable flavor of writing is intended to be engaging. If kids enjoy writing, the theory goes, they’ll write more. But too many teachers tend to be far more concerned with “voice” than with structure or grammar. At its worst, the “writer’s workshop” can feel more like group-therapy sessions than helping kids develop any particular set of skills.

Common Core focuses—some might say fetishizes—reading and writing for evidence. This doesn’t—or shouldn’t—mean that kids never write creatively or about topics they choose themselves. But there can be little doubt that the pendulum has swung too far in recent years in favor of personal expression. The very worst that one can say about this is that it’s an overdue market correction. This too deserves to survive, with or without Common Core.

There are other features of Common Core worth saving, with or without the standards themselves. The standards reinforce the importance of phonics; it’s hard to see much support for discredited whole-language techniques.

And contrary to what critics claim, the math standards do not discourage memorization of math facts or the use of standard algorithms; in fact, they are much more traditional than most collections of state math standards that they replaced. Remember, there is no such thing as a Common Core “curriculum.” The daily parade of bizarre “Common Core” math problems and homework and reading assignments that litter social media is almost invariably a function of an individual school or teacher’s impressionistic interpretation, not the standards themselves.

But, again, no matter. Conservatives have valid reasons to object to Common Core’s rollout and overly warm federal embrace. But the overheated rhetoric around Common Core elides the fact that it incorporates several fundamentally sound and long-overdue ideas that have gone missing from our schools for decades.

So throw out Common Core if you must. But be careful. Some of our babies are in that bathwater. 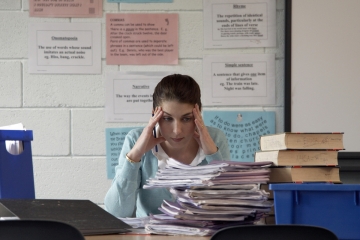