A victory for high achievers in the ESSA regulations 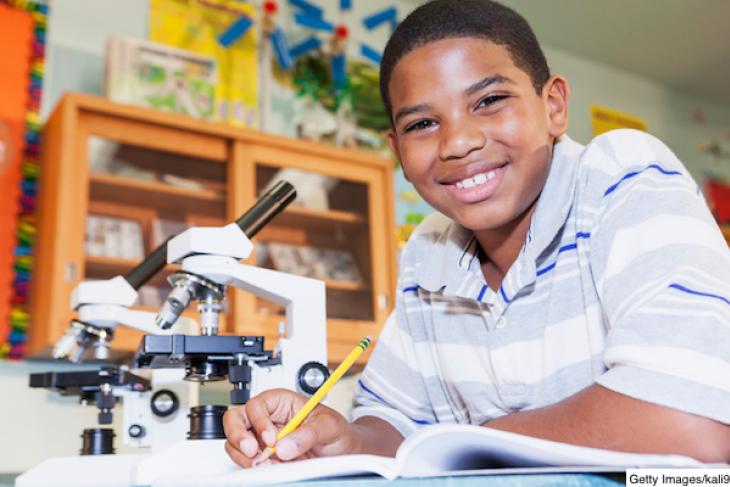 This week, the U.S. Department of Education released the final version of regulations to implement the Every Student Succeeds Act’s accountability provisions. It incorporates feedback the agency received on its earlier draft, and reveals a number of changes. One of these is particularly praiseworthy: States can now create accountability systems that measure student achievement at multiple levels—not just “proficient”—using a performance index.

Despite the good intentions of No Child Left Behind, which ESSA replaced a year ago, it erred by encouraging states to focus almost exclusively on helping low-performing students achieve proficiency and graduate from high school. Consequently, many schools ignored pupils who would easily pass state reading and math tests and earn diplomas regardless of what happened in the classroom—a particularly pernicious problem for high-achieving poor and minority children, whose schools generally serve many struggling students. This may be why the United States has seen significant achievement growth and improved graduation rates for its lowest performers over the last twenty years but lesser gains for its top students.

The Every Student Succeeds Act requires the use of an academic achievement indicator that “measures proficiency on the statewide assessments in reading/language arts and mathematics.” There are, however, multiple ways to interpret this. And the Department of Education’s earlier version of proposed regulations seemed to expect states to use proficiency rates alone to fulfill this requirement and gauge school performance. Such a mistake would have merely extended NCLB’s aforementioned flaw.

That is why, in recent reports and letters, we at Fordham and our colleagues in other organizations urged the Department to rethink that provision and allow states to rate achievement using a performance index. Schools would continue to track the percentage of students who attain proficiency on state tests, but they’d receive additional credit for getting students to an “advanced” level of performance—such as level four on Smarter Balanced or level five on PARCC—a smart policy for encouraging sustained achievement for high-flying youngsters.

Mirabile dictu, the final regulations do just that:

Proficiency is still the central measure per the regulation, but now a state can incent its schools to focus on all kids. For example, states can create an achievement index that gives schools partial credit for getting students to a basic level, full credit for getting them to proficient, and extra credit when they attain the advanced level.

By gauging the performance of students at three or more achievement levels instead of just one, such models also better inform educators, administrators, policymakers, and parents so they can make sounder choices. The mother of a high achiever can know whether her child’s school is doing well by similarly able students. Teachers and principals can track the effectiveness of their curricula and pedagogical techniques. And state education officials get more complete and nuanced pictures of their schools that better aid their decisions, rules, and regulations.

One of ESSA’s best features is the autonomy it gives back to states. Yet that also means that the burden now rests with every one of them to create an accountability system that goes beyond proficiency when measuring pupil and school achievement. Currently, sixteen states and the District of Columbia rate, or plan to rate, their high schools’ achievement using such a model. For grades Kindergarten through eight, fourteen jurisdictions have such a practice or intention. The new regulations mean these states can and should stay the course. And for the three-dozen states with work to do, the regs confirm that performance indexes are allowed—so there’s no excuse to forego them.

Wild cards in all this are President-elect Donald Trump and incoming Secretary of Education Betsy DeVos. No one knows what they’ll do with the Education Department, let alone with its recent regulations. But their records—especially DeVos’s—suggest that any changes will give even more power to states, not less. It’s therefore unlikely that states will lose the ability to use a performance index—and likely that proficiency-dominated accountability is gone for good.

In any event, the current administration deserves credit for considering feedback and, at least in this case, responding to critics who said it was devising regulations that ESSA didn’t authorize—and in some cases even prohibited. The Department still tends to overreach, and the new rules aren’t perfect, but they’re a step in the right direction for school accountability.