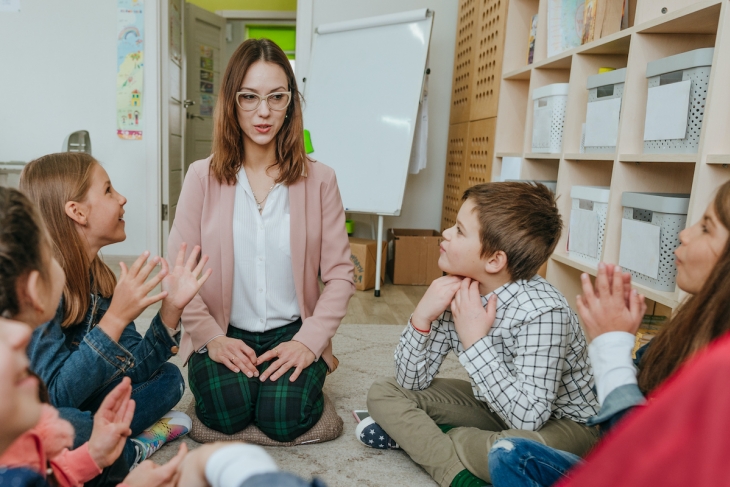 America’s hardnosed focus on academic achievement in recent decades has not improved schools nearly enough. Part of the recent move to incorporate other educational goals, such as perseverance and self-discipline—often under the banner of “social and emotional learning” (SEL)—is a response to our schools and students still being off track two decades after passage of No Child Left Behind and almost four decades after A Nation at Risk. Some of the fervor around SEL also stems from longstanding beliefs about teaching the “whole child” and the obligation of schools to develop well-rounded individuals and good citizens. Indeed, much of SEL—such as the expectation that students learn to practice self-control, navigate social situations, and empathize with others—is as old as education itself.

The mental-health challenges imposed by the Covid-19 pandemic have also deepened the need to better support students’ social and emotional needs as they acquire cognitive skills and knowledge.

Yet some worry that a focus on SEL will take precious time and attention away from academics, which also took a hit from the pandemic. And the SEL terminology itself is nebulous, jargony, and off-putting to parents who want schools to focus on the three R’s or who worry that it might be code for liberal indoctrination.

If the “Common Core wars” taught us anything, it’s that mishandling communication about education reforms can derail good intentions.

We at Fordham wanted to gain greater clarity on what parents of K–12 school children think about SEL, how they understand it, whether they see it as more help or hindrance, and whether they have any concerns about its implementation. Understanding where parents agree or disagree and how their perspectives might split based on their racial, political, and religious backgrounds can help those on the ground to implement SEL in ways that reaffirm familial preferences, values, and priorities.

So in our new report, How to Sell SEL: Parents and the Politics of Social-Emotional Learning, we partnered with YouGov, a global public-opinion firm, to develop and field a nationally representative survey of 2,000 parents. Fordham’s associate director of research Adam Tyner willingly served not only as author of the report, but also data analyst and project manager.

The report is chockablock with notable insights and compelling data. We encourage you to read through them and see for yourself. For those in a hurry to get to the bottom line, however, here are our five key findings:

Based on those results, Tyner distills four policy implications, including recommending that SEL proponents focus on specifics rather than nebulous concepts. Faced with specifics such as schools teaching sensitivity to different cultures, parents get it and express approval, but abstract phrasing loses a lot of them. In addition, parents of all political stripes support indirect approaches to imparting the lessons of SEL, such as having teachers model common decency and common sense for their students.

The biggest takeaway? This is a good news story (and we’re desperately in need of those)! The vast majority of parents want their children to acquire social and emotional skills and think that schools have a role in making that happen, even as they recognize the key role that they and other family members play. Parents are also mindful of tensions if SEL gets pitted against academics—so let’s not do that! Because, while parents agree overall that there is often not enough time in the day to teach both academics and SEL, that does not deter them from wholeheartedly supporting that schools teach all the SEL-related skills included in our survey.

So, to answer our report’s title, how do you sell SEL to parents? Discuss it concretely, honor the role of families in its development, and—whatever you do—do not call it social and emotional learning.