Use caution, district leaders: Even in a pandemic, there’s no immunity from financial missteps 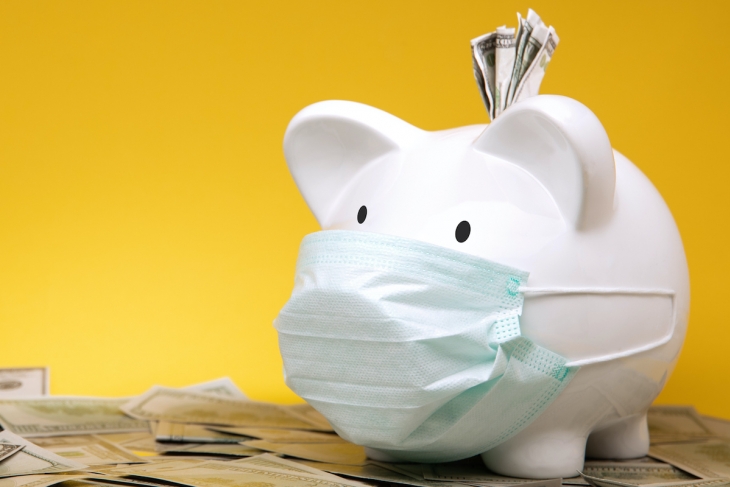 Charges of financial blunders have taken out district leaders before. Think the pandemic inoculates leaders from that possible fate? Think again.

In fact, leaders may be at higher risk for accusations of financial missteps than normal, thanks to a perfect storm of pandemic-era conditions. District leaders are making hurried off-cycle spending decisions with little public deliberation, all when money is tight and staff and community tensions are high. Given the fast and furious nature of this moment, it’s easy to slip up. And where board members, teachers unions, or others in the community are at odds with leaders, any potential misstep can get magnified.

Because of the pandemic (and the availability of federal CARES funds), many districts have moved swiftly to sign hefty contracts for everything from laptops and hot spots to personal protective equipment, air purifiers, and building ventilation system upgrades. With districts competing against each other for limited supplies, some superintendents have had to commit to contractor bids on the spot or lose out altogether.

Normally, bigger contracts and purchases require approval at school board meetings. But with meetings shifted to clumsy virtual formats—and many boards granting superintendents sweeping emergency powers—there is less opportunity to vet spending decisions. That means local checks and balances may be less robust than normal. Take for example Los Angeles Unified School District, where Superintendent Austin Beutner has spent $210 million under the emergency powers since March, including a $51 million single-source contract to a start-up company for coronavirus testing and $70 million on devices for students.

Less deliberation also means district leaders may not have the opportunity to build strong support or political cover for financial choices. Device purchases may seem like a no-brainer right now with so many students learning from home, but note that it was an iPad contract that contributed to former LAUSD chief John Deasy’s resignation in 2014. Critics questioned the bidding process, and while a federal investigation ended with no charges filed, the controversy was enough to derail a superintendent who had overseen substantial academic improvements for students.

Typical contract bidding processes are cumbersome, but those processes are often what insulates leaders from challenge as they commit public dollars to private vendors. Unlike Deasy, Superintendent Calvin Watts in Kent, Washington, kept his job after he faced community skepticism about a no-bid contract for budgeting software. In both these instances, tensions with the teachers union were a factor in the accusations. Like it or not, lower trust levels are a common factor when it comes to criticisms of spending decisions.

Worth noting is that many leaders are making financial decisions against a backdrop of thorny school reopening debates among competing factions of parents and teachers. Add in teacher furloughs, layoffs, and calls for hazard pay, depending on local circumstances. Given the complexity and clashing interests, and with scarce dollars to go around, someone is likely to be upset, making leaders especially vulnerable to being second-guessed on spending down the road.

Transparency matters, even if it means sharing bad news. Sweetwater Union’s superintendent lost her job in September after being accused, among other things, of covering up the extent of its district budget crisis. The late Seattle Superintendent Maria Goodloe-Johnson was ousted in 2011 for not being transparent enough with the school board about a financial scandal that predated her term.

While leaders welcome the billions in federal dollars flowing to districts through the CARES Act (with more possibly to come), caution is warranted in how those new dollars get spent and how that spending is vetted. Just as the pandemic is the seismic event for today’s leaders, it was Hurricane Maria for Puerto Rico Education Secretary Julia Keleher. In the wake of the 2017 disaster that destroyed schools and deepened a financial crisis that brought some federal bailout funding, Keleher led broad education reforms and closed hundreds of schools, angering teachers. Allegations of improper contracting of federal money led to her resignation in 2019.

The message for district leaders right now is clear: Don’t assume today’s urgency protects you from fallout when the pandemic response is scrutinized in the rear-view mirror (and it will be). The nation’s education reporters are on alert and actively tracking pandemic spending, as they should be when large public sums are in the mix. With big money can come big stakes—and big mistakes.

This is a case where an ounce of prevention is worth a pound of cure. Keep your eyes on the money. Watch the bottom line, spending within what revenues allow. Be hyper-transparent, over-communicate, and seek input on contracts, even when you’ve been granted exemptions from doing so. Even in a pandemic, district leaders can be sharing spending decisions and potential contracts in weekly calls with principals and board members—and asking them to flag issues before commitments are made.

Bottom line: This pandemic doesn’t grant leaders fiscal immunity. Some of the leaders mentioned here are my friends, and I consider them thoughtful, earnest, hardworking individuals who care deeply about students. My advice is the same for everyone: Want to stay out of the financial scandal headlines? Take those extra steps needed to spend smartly and transparently on behalf of students.