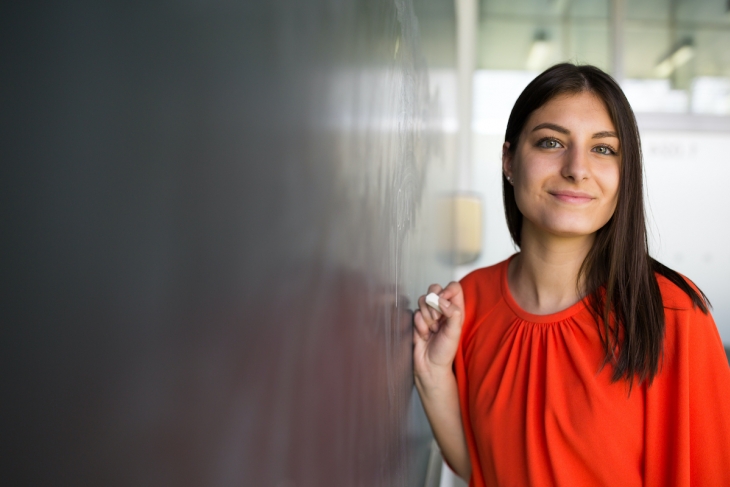 Let’s start with a little game. Trust me, it will be helpful if you play along…

Grab a piece of paper and a writing utensil. Complete the following sentence:

First-year or early-career teachers typically struggle most with…

(Try to come up with a few answers.)

What did you write? Did you say classroom management? Well done! How about curriculum development or lesson planning? Nice work! If you wrote about enacting effective or engaging methods, assessing learning, or professional isolation and burnout, you also get credit.

Now, let me tell you about a type of school that addresses these specific needs of novices. Try and guess what kind of school I’m describing.

This school has an extensive onboarding and professional development program, with frequent instructional coaching, collaboration, and mentoring opportunities. Next, this school has pre-made curricular materials and a school-wide discipline system to make teaching a little bit less cumbersome as teachers learn the ropes. Lastly, this school is full of novice teachers who often leave after a year or two.

What type of school are you picturing? Some sort of residency program? Maybe a partnership or professional development school? Close, but incorrect. I’m describing a highly organized and controversial type of charter school, one that’s often described as a “no-excuses” charter school.

Surprised? Maybe we shouldn’t be. These no-excuses charter schools are typically laser focused on student outcomes, but given that they typically have very novice teaching staffs, mother necessity may have spurred some unexpected innovation in this sector in the instructional development of teachers. On the way to raising student outcomes, it appears that they’ve realized and organized around the idea that developing highly effective teachers is a crucial part of that recipe.

Recent scholarship suggests that there is indeed something special happening in these schools regarding teacher development. A recent Fordham report showed that novice teachers improved faster in Pennsylvania’s charter management organizations (CMOs) than in traditional public schools and standalone charters. Though not all CMOs are no-excuses schools (and vice versa), searching Pennsylvania’s charter school directory for schools with multiple campuses suggests that its CMO subsector is dominated by no-excuses stalwarts like KIPP (four campuses) and other schools that appear to follow a no-excuses approach like Mastery (eleven campuses), Propel (nine), and Universal (six). If this is the case, then it’s possible that this accelerated teacher development may be driven by this subsector of no-excuses schools.

Another study by Sarah Cohodes, Elizabeth Setren, and Christopher R. Walters of Boston’s charter expansion, which included mostly no-excuses-style CMOs, adds to speculation that something incredible is happening in these schools. It showed that newly opened campuses maintained outcomes better than traditional public schools despite having teaching staffs that were 66 percent first-year teachers, 53 percent unlicensed, and averaged only 1.6 years of experience—all figures that put charters at a comparative disadvantage with teachers in Boston Public Schools, who are over 94 percent licensed, and of which 80 percent have at least three years of experience.

Against all conventional wisdom, young, inexperienced, and uncertified teachers in these charters can produce learning gains that outpaced more experienced and established traditional public schools.

How is this possible?

I started the study during the summer between their first and second years at different schools, which meant I could minimize the “grass is greener” problem of other charter school studies because these teachers knew what the “grass” looked like on both sides. This natural comparison point made their interpretations more credible, while also making it easier to pick out exactly what made these no-excuses charters unique.

Overall, both teachers raved about the accelerated development they experienced in the no-excuses charter schools compared to more traditional schools, even when they disagreed strongly with elements of the no-excuses approach. How these schools were organized to promote learning seemed to lie at the heart of the matter.

It started off with the schools’ coherence around a shared vision and mission, specifically putting first-generation students on the path towards college. From there, the school aligned resources and systems to support this vision.

The overlapping of school policies, resources, and systems created and maintained this coherence in intense and pervasive ways. Information-rich hiring processes and onboarding ensured that schools and teachers had matching expectations and created an environment of educators with similar values. Goals and school mission were also ever-present across professional development, frequent instructional coaching, or collaborative times between teachers.

The teachers described the way they worked together with other teachers in the no-excuses charters as organic but supported by schedules and professional development time that allowed for collaboration to flourish. It seemed to be fueled by a building-wide synergy, perhaps the result of putting ambitious and like-minded teachers around one another. Collaboration allowed the novice teachers to learn from their more experienced and skilled colleagues while also raising the bar and setting a standard for excellent daily instruction, deepening the beginning teachers’ desire to improve. Not wanting to let colleagues or students down was an important motivator, too. It’s hard to slack off when everyone around you is working so hard.

These cases do, however, raise issues over teacher autonomy, satisfaction, and workload. The high-pressure professional setting of the no-excuses charters led to an intense workload, burnout, and turnover for one of the teachers whose views didn’t align with the school and who had less autonomy than the other teacher in the study. He cited his dissatisfaction with the no-excuses approach to teaching and discipline, the professional culture’s pressures, and the short leash he had in modifying and adapting resources. This made the work unenjoyable and unsustainable, so he left. The other teacher’s views didn’t align perfectly with her school either, but it allowed her a bit more “bounded” autonomy, especially in curricular decisions. This flexibility helped her stay true to herself while learning and bringing in some new methods, all while staying in alignment with school’s mission.

Despite the discomfort and adjustment periods, both teachers agreed in the end that these were essential supports that gave them guidance and helped them not just survive their first years, but allowed them to thrive and grow as instructors. The presence of professional growth despite varying levels of dissatisfaction in these cases raises questions about how we should value teacher autonomy and satisfaction in relation to instructional development and workload sustainability.

Though this study has limitations (it was only two teachers, after all), it suggests that the Fordham report and Boston study are right that these charters are more than just a test-score mirage. While critics can, and perhaps should, take issue with some of the approaches no-excuses charters have toward novice teachers, how they’re achieving this end may be fruitful for a broader understanding of teacher development that can benefit all schools, regardless of type.

Bill Waychunas is a doctoral candidate working closely with per service teachers at the University of Michigan.