Teacher Effectiveness and Improvement in Charter and Traditional Public Schools

Study after study has found that new teachers tend to be less effective than educators with more experience. But despite having more junior staff, charter networks (referred to as CMOs) often outperform their district peers. So what’s their secret?

To find out, this study explores how teacher effectiveness varies and evolves across traditional and charter public schools, as well as within the sector’s CMOs and standalone schools.

Using data collected by the Pennsylvania Department of Education between 2007 and 2017, George Mason University associate professor Matthew Steinberg and University of Pennsylvania doctoral student Haisheng Yang examine the impact that over 40,000 teachers in charter and traditional public schools had on students’ math and English language arts (ELA) achievement in grades three through eight.

Among the report’s key findings:

As the authors note, these findings suggest that Pennsylvania’s CMOs are succeeding with “a fundamentally different approach to human capital,” which relies heavily on their ability to help novice teachers improve more quickly than their counterparts in traditional public schools. But of course, it’s critical that schools in both sectors do what they can to help new teachers get better faster.

In short, accelerating teacher improvement is yet another area where all schools could learn from the success of our nation’s most effective charter school networks. 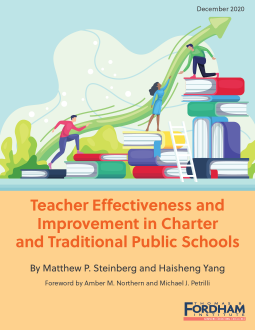 Matthew P. Steinberg, Ph.D. is an Associate Professor of Education Policy in the School of Education at George Mason University. He is a University Affiliate Faculty at the Schar School of Policy and Government. Dr. Steinberg is an Affiliated Researcher with the University of Chicago Consortium on School Research, an Academic…

Haisheng Yang is a doctoral candidate at the University of Pennsylvania.

How Do Charters Outperform Traditional Schools Despite More Inexperienced Teachers? 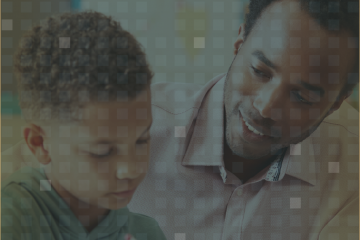 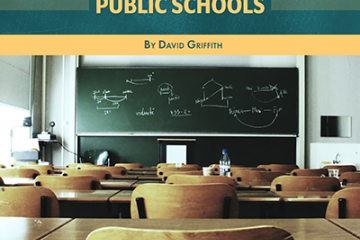 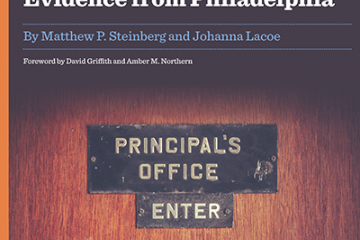