Teachers trust each other more than they trust experts 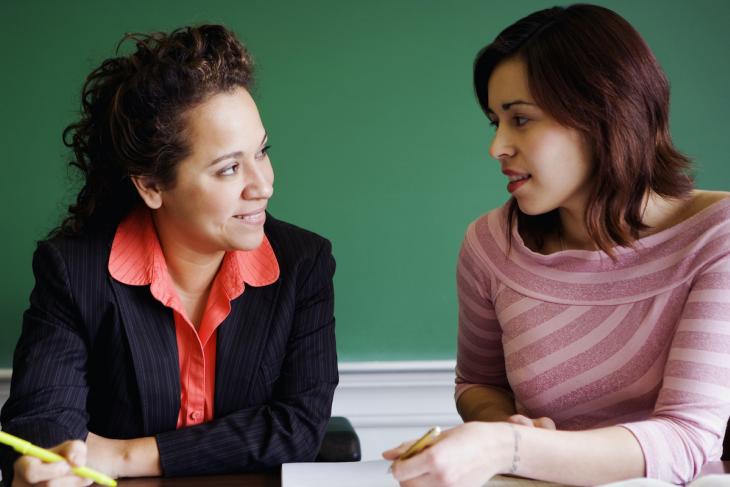 The best grant I ever made? It’s a tough question after ten years in philanthropy.

In my top ten, though, is a germ of an idea I supported with seed funding about six years ago: a service that would rate the quality of instructional materials. The gist of it was that if there were a neutral reviewer—like a Consumer Reports for curriculum—better stuff would find its way into more classrooms.

EdReports, which the idea evolved into, has now rated more than 95 percent of all full-year comprehensive Math and English language arts curricula. School districts and state education offices are its primary audience. Many such agencies now require curriculum providers to have an EdReports rating to be considered for adoption.

But anyone who knows a teacher or regularly visits classrooms knows that full-year comprehensive curricula are far from the only materials teachers use. Supplemental programs have been eating into full-year market share in a big way over the last fifteen years. Widely used offerings like Dreambox, ST Math, and Newsela have made their way into the daily routines of millions of teachers and students. EdReports doesn’t rate these kinds of instructional materials. I wish they did.

Even more difficult to assess is the explosion of resources teachers download from lesson sharing sites.

The finding isn’t that surprising. But as is sometimes the case with such reports, I’m left with a more fundamental question: “Why?”

Why are millions of teachers adopting what experts say are sub-par materials from these sites? On Teachers Pay Teachers alone, around two out of three U.S. teachers have downloaded one billion pieces of content since its founding by a NYC public school teacher thirteen years ago.

Why do so many teachers supplement or replace core content with homegrown materials, often developed by other teachers they don’t know?

One popular explanation is that teachers have no choice—their schools and districts simply haven’t provided them with the curriculum they need for their classrooms. Most of us can probably share a couple of examples that fit this narrative.

But the empirical evidence for this assertion is thin. RAND’s American Teacher Panel indicated in 2018 that only 7 percent of math and 14 percent of English language arts teachers said they do not use an established curriculum (though much of what teachers reported using fell short of EdReports’s highest rating).

In June of this year, Tom Kane and his Center for Education Policy Research colleagues reported that in six Common Core states, more than 80 percent of schools had adopted a standards-aligned math curriculum and 93 percent of teachers reported using it in more than 50 percent of their lessons.

Even still, 94 percent of these same teachers reported using other materials from web repositories at least some of the time, with 26 percent saying they used them in more than half their lessons. Two of the top reasons for using other materials? The core textbook was “too hard” and contained examples that were “not sufficiently engaging.” “Too easy” and “not covering all standards” ranked among the lowest reasons for importing other resources.

Earlier this year, our team at NewSchools partnered with Gallup on a nationally representative survey of educator perceptions of digital learning tools. Some of what we learned might shed light on why teachers use the kind of lesson sharing sites studied in the Fordham report.

When it comes to selecting resources for their classrooms, 81 percent of teachers rate other teachers as their most trusted source of information about what works.

Folks who propose adding expert ratings to popular lesson sharing sites are likely to be disappointed with the results. Teachers are far more influenced by each other than the judgements of experts.

What about establishing tighter constraints on teachers’ ability to incorporate other materials alongside mandated curriculum? Boosters of this idea should at least acknowledge that top down efforts to micromanage the daily behavior of three million teachers has yet to be a winning strategy for improvement.

Another idea, not mutually exclusive, is to better understand what teachers think might be missing from existing ratings rubrics and how their front-line wisdom could be better captured in them.

Until we understand how teachers’ overwhelming trust in each other affects what they choose and use, proposed fixes to quality problems with all types of instructional materials are likely to flop.

Editor’s note: This essay was first published on Medium by NewSchools Venture Fund.