The state of computer science education 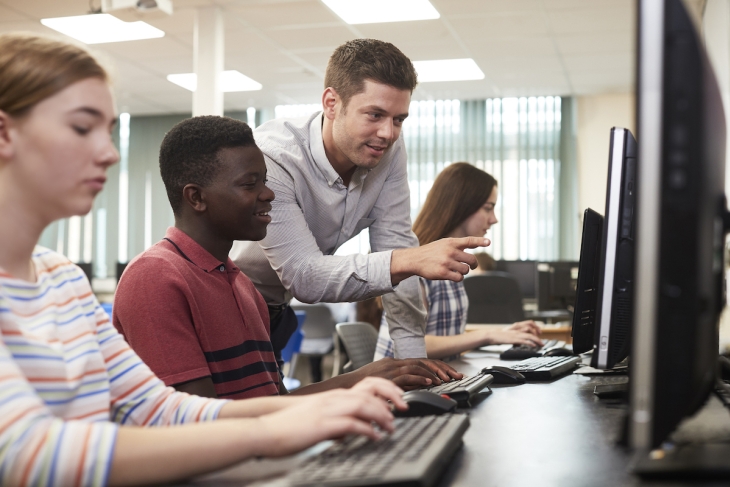 In early November, the Code.org Advocacy Coalition, the Computer Science Teachers Association, and the Expanding Computing Education Pathways Alliance teamed up to release the 2021 State of Computer Science Education. It offers a plethora of national and state-level data on policy, access, and participation, which is important information given the growing prominence of computer science in society and the abundance of open jobs in the sector.

To measure access and participation, the report focuses on schools that offer a foundational computer science course. This means the course is offered during the traditional school day and requires students to apply learned concepts through programming for at least twenty hours. Nationally, 51 percent of high schools offer such classes. That’s up from last year, but there are still some worrisome access disparities. For example, rural and urban schools are less likely to offer computer science than their suburban counterparts. Schools with high percentages of economically disadvantaged students are less likely to offer courses, and Black, Hispanic, and Native American/Alaskan students are less likely to attend schools that offer it.

The report also offers detailed summaries of policy, access, and participation within each state. For example, Fordham’s home state of Ohio has implemented six of the nine key policies. During 2019–20, half of the Buckeye State’s public high schools offered foundational computer science courses, up from 42 percent in 2018–19. In total, 65 percent of Ohio high school students attend schools that offer computer science. But there are gaps and disparities here, too: 67 percent of Ohio’s suburban schools offer foundational computer science, compared to 34 percent of urban schools and 48 percent of rural schools. Only 36 percent of schools where more than three quarters of the student body are eligible for subsidized lunches offer computer science, compared to nearly 50 percent of schools where fewer than a fourth of students are eligible. Black students are 1.7 times less likely than their White and Asian peers to attend a school that offers AP computer science. And only 26 percent of the AP computer science exams administered last year were taken by female students. These disparities can and should be addressed quickly, as Ohio has an average of 18,628 open computing jobs each month and these jobs offer an average salary of $86,842.

Finally, the report outlines four recommendations for leaders, educators, and advocates to expand participation in computer sciences. First, it’s important to ensure that opportunities are available to students from underrepresented populations. Second, states and schools should leverage students’ own devices, school broadband access, and educators’ increasing experience in teaching with technology. Third, schools should create K–12 pathways for computer science that will lay a foundation for more diverse enrollment and retention in high school courses. And fourth, school leaders should prioritize foundational computer science courses so that students are prepared for advanced pathways.