Spillover: Charting the effects of the opioid crisis on educational attainment 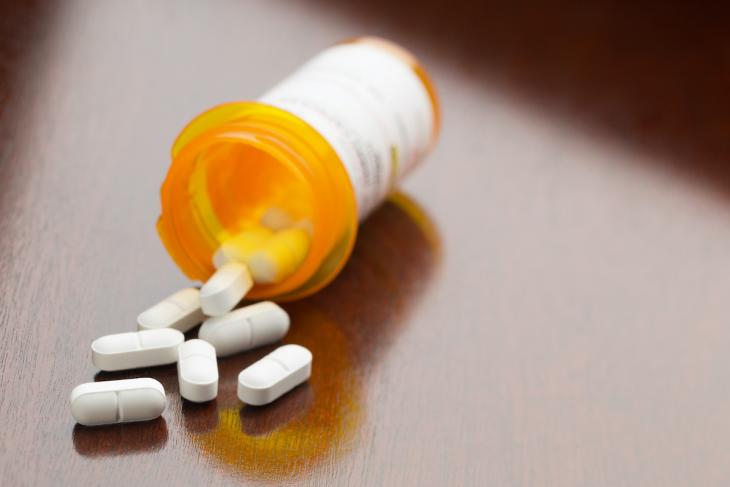 A crisis—less organic but no less virulent than the coronavirus pandemic—has been raging through the United States for years. Between 1999 and 2016, the rate of drug-related mortality grew 225 percent, due mostly to opioid overdose deaths. And while the most direct negative effects of the opioid crisis, like those of the current pandemic, bypass school-aged children, indirect effects have been widespread and innumerable. Babies exposed to opioids in utero are often born with significant health problems and lingering cognitive impairments; children can lose one or more parents to addiction, jail, or death; families can be deprived of financials resources when all their money goes to drugs; and communities can face overwhelming drains on scarce public resources when fighting the drug scourge.

A new report takes a look at the connection between elementary education outcomes and the opioid crisis.

Authors Rajeev Darolia of the University of Kentucky and John Tyler of Brown University draw upon previous work that models how neighborhood contexts can impact the education outcomes of children. Here their context is the opioid crisis in the community, and the education impact is measured via the interaction between the child’s level of exposure to the pandemic and the child’s vulnerability to any given level of exposure. Darolia and Tyler are quick to note that exposure occurs on a continuum from “the personal and traumatic to the less direct but potentially pervasive,” and that there are mitigating factors at varying levels in each individual child’s life—such as family support or strong schools—working to blunt the negatives. This is an important caveat to have in place when evaluating such research, as we have been warned recently about misuse of a common measure of childhood trauma. Additionally, the researchers consider only one educational outcome: a composite result of state test scores in third-grade math and English language arts. These are individual test score results aggregated at the county level over the study time period, sourced from the Stanford Educational Data Archive.

They first present a scatter plot of the unconditional relationship between test scores and drug-related overdose mortality rates by county. The dashed line is downward sloping and linear, indicating a negative relationship between the two, although there are many outliers in all four quadrants. Next up is a sort of “heat map” of counties across the U.S. where test scores are low and drug-related mortality is high. Mortality figures, broken down by deciles, indicate that counties in the highest (tenth) decile of mortality have third-grade test scores that are about one-tenth of a standard deviation lower than test scores in the lowest mortality rates. While this is a small effect, it is big enough to register when looking at entire counties as individual data points. Darolia and Tyler also point to a notable jump in drug-related mortality from the ninth to the highest decile, which they surmise could indicate a stronger correlation between the most visible outcome of the opioid crisis—death rates—and the lowest test scores observed. They also observe a stronger correlation in opioid exposure and test scores in rural areas than in nonrural. To wit: Rural counties in the highest mortality decile show third-grade test scores almost two-tenths of a standard deviation lower than rural counties in the lowest mortality decile. This is about twice as large as the analogous comparison among nonrural counties. The researchers suggest that this indicates a mitigating factor of available local resources such as community behavioral health services, high-performing schools, or plentiful jobs.

In the end, Darolia and Tyler can only present conditional correlations between the effects of the opioid crisis and elementary education that account for some, but potentially not all, confounding factors. They wisely point out that the nature and level of mitigating supports is an important unknown. There are numerous counties with high levels of drug-related mortality over the period where test scores remain high and vice versa. Are there great community or individual supports buoying children through the worst of the crisis, supports which can be replicated elsewhere? Or perhaps there are areas where “drug-related mortality” is driven by meth or cocaine, still deadly but less all-encompassing in their effects. These outliers are perhaps more important than the obvious opioid hot spots about which we have already learned much.

Education researchers will have much to unpack after life returns to some semblance of normal following the coronavirus pandemic. But this is neither the first nor the last large-scale disruptor of our communities and the school-age children living in them. We must learn as much as possible from each disruption so as to minimize them in the future and to make sure that children’s educational trajectories are obstructed as little as possible despite the vicissitudes—man-made or otherwise—of the world.