Researchers warn about misuses of a common measure of childhood trauma 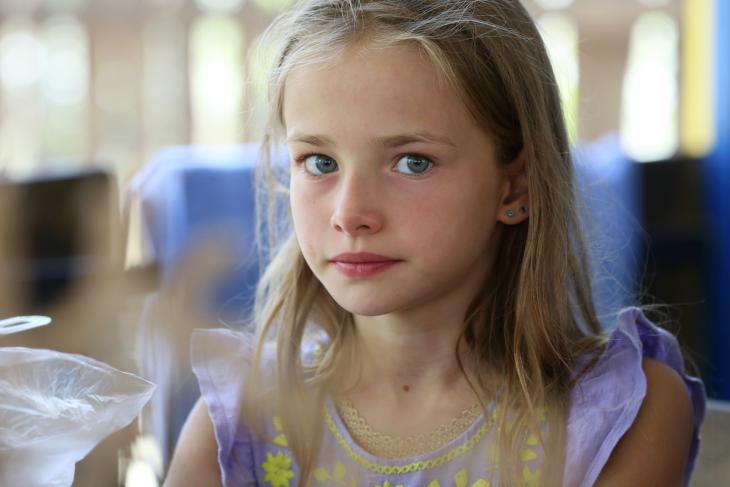 Late last month, a remarkable article appeared in AJPM, the American Journal of Preventive Medicine, cautioning that a person’s ACE score is a “relatively crude measure of cumulative childhood stress exposure that can vary widely from person to person.” ACE stands for “Adverse Childhood Experience”; your “ACE score” indicates the number of adversities you faced as a child, such as growing up around substance abuse or mental illness, witnessing domestic violence, or divorce. Your score grows higher if you suffered emotional, physical, or sexual abuse, or parental neglect. Type “find your ACE score” on Google and you will find literally thousands of links to online quizzes, such as this one from NPR.

The source of all this was a landmark 1998 study conducted by Kaiser Permanente and the Centers for Disease Control, which looked at the long-term health outcomes of more than 17,000 patients and surfaced the links between ACEs and a broad range of mental and physical health problems. Adults with four or more ACES were found far more likely to suffer from depression or attempted suicide, for example. ACEs have a strong relationship to mental illness, addiction, domestic violence, and chronic illnesses. Crime and mass incarceration, homelessness, and early death were all correlated to childhood adversity.

Two decades later, that study has been cited more than 32,000 times in more 150 different academic journals across disciplines, including criminal justice, public health, medicine, psychiatry, and many more. In education circles, much has been made of how adverse childhood experiences often result in social, emotional, and cognitive impairments, as well as the inter-generational nature of childhood stressors: Parents who must contend with their own levels of stress are more likely to engage in behaviors that drive up their children’s ACE scores, perpetuating the cycle.

Largely overlooked as schools and teachers moved into crisis footing in the wake of virus-driven school closings and scrambled to put “remote learning” plans in place, the AJPM paper published last month sounds important cautions—particularly since it comes from some of the same researchers who published the original 1998 study, the source of so much of education’s recent focus “trauma-informed” schools, classrooms, and pedagogy.

“Unlike recognized public health screening measures, such as blood pressure or lipid levels that use measurement reference standards and cut points or thresholds for clinical decision making,” the authors cautioned, “the ACE score is not a standardized measure of childhood exposure to the biology of stress.” They pronounced themselves “concerned that ACE scores are being misappropriated as a screening or diagnostic tool…to infer individual client risk.” The AJPM paper is not aimed at educators, but its pointed critique of ACEs screening seems particularly relevant to education. ACE scores, the authors suggest, are misused when applied to individuals, but more correctly useful when discussing effects across populations.

I reached out unsuccessfully for comment to one of the authors of last month’s paper, Dr. Robert F. Anda, who was a co-principal investigator of the 1998 study. In a twenty-minute video posted earlier this month on YouTube, which has been viewed only a handful of times, Anda presents to an unidentified group discussing how assigning risk and making clinical decisions for individuals based on their ACE score is a “misapplication” of his study’s findings.

Interestingly, he describes his creation of the ACE score questionnaire as “a teaching tool” developed for professional audiences. “It went out on the internet,” he quips, where it’s been adapted for uses it was never intended for. For example, Anda notes, the questions commonly used to measure ACEs cannot adequately assess the frequency or intensity of an adverse experience. “How many times did these adversities happen, the intensity of that experience, how intense was the adversity when it occurred? Was it chronic?” he asks. “Or did it happen day after day, week after week or month after month?” Anda, clearly a careful scientist, also points out there are gender differences in the impact of certain adversities and variations in how adverse experiences affect brain structure and function at different ages. Neither is a score of four or more ACEs, as some have suggested, a “magic number” given individual variability in stress responses, he explains. “If it’s a crude measure,” he cautions, “it doesn’t necessarily mean that they’ve had the same biologic exposure to stress.”

Another misuse of ACE scores seems particularly relevant to education: the risk of stigmatizing a population. A common data point in teacher professional development is that nearly half of all children have experienced childhood trauma. It’s a mathematical certainty given the nuance-averse ways ACE scores are enumerated that in low-SES communities the rate would be much higher, comprising nearly every child in a high-poverty school. As well-intended notions of “trauma-informed education” spread and take root, there is an obvious risk of viewing entire classrooms as stocked with children traumatized by definition, disregarding both issues of intensity and resilience, with the risk of lowering standards and expectations—an outcome foreseen by those who have cautioned against “therapeutic education.” The danger, as described by U.K. teacher and author David Didau, is that “it leads us to label certain families—particularly working class families—as unable to deal with children’s emotions and invites schools to intrude ever further into children’s lives.”

Anda was not speaking about education and its application of ACE scores, but he sounded a similar note of caution. “If you overestimate risk, you may refer people to treatment and services that they don’t need that not only may waste their time but may have some risk involved.”

In the days before COVID-19 brought American education to a standstill, a burgeoning industry was offering training on “trauma-informed” pedagogy and classrooms, largely informed by the work of Anda and his colleagues. It’s predictable that this will return with a vengeance once schooling returns to normal, with even broader claims being made about the “trauma” inflicted upon children separated from extended family and friends under quarantine. Careful practitioners will want to be mindful of the important cautions raised by Anda and his colleagues and ask informed questions if and when we are encouraged to view individual students through the lens of their ACE score.