A snapshot of substitute teaching in the U.S. 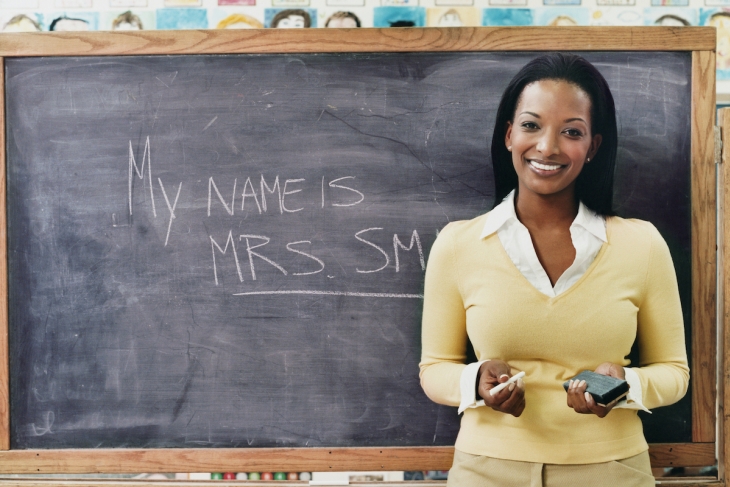 Illness. Family emergencies. In-service training requirements. On average, classroom teachers in the U.S. are absent for these and other reasons nearly eleven days out of a given school year. That’s between 5 and 6 percent of the school year in which coverage is needed—usually in the form of substitute teachers. The ways in which school districts handle these absences matter greatly, given observed productivity losses, lower student achievement, and discipline problems associated with substitute teaching. A new study from a trio of scholars at Brown and Syracuse Universities asks a plethora of mostly descriptive yet informative questions about this understudied area of K–12 education.

They use data from an unnamed large urban district with a diverse population of students. The district has a total of 122 K–12 schools serving roughly 53,000 students. Their data cover all teacher absences from schools in this district from 2011 through 2018, including the reason for the absence, the experience levels for both teacher and substitute, and demographic data. They also have survey data—with high response rates—from teachers asking them their views on substitute teaching in their schools and from substitutes asking them, among other things, which schools they prefer most and least to sub in and why. In total, analysts observe over 5,200 unique teachers who accrued 19,000 absences of various lengths and roughly 1,900 unique substitute teachers over the seven-year study period.

All told, teachers in this district are absent an average of 11.8 days per year, or 6.6 percent of a 180-day school year. (Incidentally, the district’s collective bargaining agreement allows teachers ten days of paid sick leave, up to seven of which can be used for personal leave rather than strictly for illness.) Data show that sick leave comprises the largest portion of absences, averaging about five days per school year. Subs cover most but not all teacher absences. Specifically, an average of 0.9 days per teacher is not covered by a sub each year. When subs do not cover a class, teacher survey data show that students are most often either split up into other classrooms with permanent teachers or a teacher with a prep period covers the class.

Next the researchers examine how various teacher attributes might impact the probability of coverage. They find that White and Asian teachers are more likely to have their absences covered than are Black and Hispanic teachers and that those teaching math, bilingual education, foreign language, or students with special needs are significantly less likely to find coverage. High school teachers are also less likely to be covered than are elementary school teachers. This makes sense given the specialized knowledge required. Then they look at whether coverage is impacted by the characteristic of the absence or job posting. They find that, relative to substitute jobs advertised with one hundred or more hours before the start time, absences beginning within a half day of the time that they are posted are 22.8 percentage points less likely to be covered by a sub. In other words, short-notice gigs are far less likely to be covered by subs. Jobs beginning on Mondays have the highest coverage rates, while those that begin on Friday are 5.6 percentage points less likely to be filled by a sub.

The study also finds that teacher absences are higher in schools with more Black and Hispanic students, with higher poverty levels, and with more staff turnover. While the differences are still fairly small, those schools tend to have more non-sub-covered annual absences per teacher than do the most advantaged schools. For instance, survey data show that nearly half of teachers in schools with the highest share of Black and Hispanic students report that their schools are not able to find a sub when they are absent, versus 9 percent of teachers in schools with the lowest share of those students.

Finally, analysts look into whether differences across schools lessen when they account for observable differences (like school and teacher characteristics)—and they do somewhat—but they basically conclude that substitute teachers are choosing jobs based on factors that are not easily observed. Survey data provide additional clues: Subs consistently prefer one subset of schools while avoiding another. They tend to avoid schools that have significantly lower average achievement, more minority students, higher suspension rates, and more middle school students. Qualitative comments in the survey consistently praise supportive teachers and staff at their preferred schools and cite student misbehavior at those they shun.

The ongoing issue of covering teacher absences could become even bigger next year as teachers who are older or medically vulnerable weigh the risks of returning in the wake of the coronavirus pandemic. Schools should build on sensible practices to cover classes when teachers are absent—including having on staff a few permanent subs who serve as utility players; preparing in advance high-quality evergreen lessons for last minute absences; and building a strong culture of teamwork whereby same-grade-subject teachers are incentivized and rewarded to cover (occasionally) a peer’s class. Such steps will go a long way in planning for a return to school that’s already got its fair share of uncertainty.