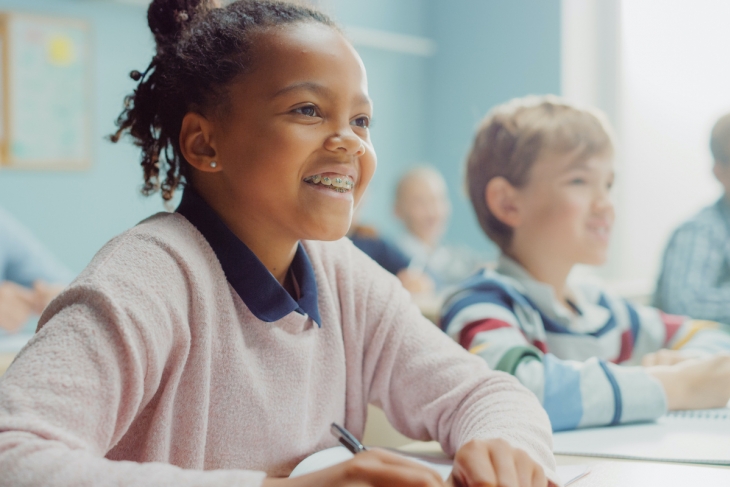 Over a year ago, Americans watched a Black man die under a police officer’s knee. They saw statistics detailing the disparities between Whites and Blacks and earnestly sought a means for justice in our society. They were left asking “why” and “what can we do”?

Racism in America became the political issue—and rightly so. Black-White disparities persist in household income, incarceration, educational attainment, healthcare, wealth, and more. Efforts to close these gaps get bipartisan support. In the aftermath of George Floyd’s murder, roughly 40 percent of Americans say they changed their views on race. Protests swept the country. Books like How to Be an Anti-Racist and White Fragility became New York Times bestsellers. In the latter’s case, it claimed the title two years after its publication.

Concurrently, critical race theorists became the self-anointed purveyors of racial progress in America. Its dogma, they’ll tell you, is the sole avenue for racial justice. By Ibram Kendi’s estimation, there’s no such thing as nonracist; any action or policy is either racist or antiracist. One either accepts critical race theory and all its conclusions or not.

Except, one year later things look less welcoming to the anti-racist and CRT movements. Parents are protesting at school board meetings. Centrist publications are running op-eds against it. Most striking to me, well over half of Americans have an unfavorable opinion of critical race theory. What changed?

In short, Americans saw these ideas in action. They wanted justice for George Floyd and action against racist cops and racist systems. But they did not then expect racialized affinity groups, privilege walks, and ethnomathematics. They did not want an ideology that “questions the very foundations of the liberal order, including equality theory, legal reasoning, enlightenment rationalism, and neutral principles of constitutional law,” one that ascribes neutral principles like hard work and objectivity to “whiteness.”

In my own teaching, I have watched many students struggle through the system. Anton was one example. Despite his endless positivity, his school featured near-daily fights and a staff seemingly impotent to improve the school. His situation was tenuous, but he made it. He didn’t need the consciousness-raising activities that we’ve seen make headlines. He needed reading instruction, lunch, and a job.

The view that our contemporary politics has only one narrative of racial progress and it is encompassed in the anti-racist rhetoric is a historical aberration. In reality, there has always run a conflict between how to define and achieve social progress. The conflicts arose in the tensions between Abraham Lincoln and John Brown or Booker T. Washington, and between W.E.B. Du Bois and Martin Luther King Jr. or Malcolm X—parallel lines running through history between radical and moderate reformers.

While each of those figures had both strengths and flaws, my intent is merely to expose this historical disagreement. In contemporary America, the moderate wing has lately been battered and is still weak, but can now be seen gaining strength. In contrast to Kendi and DiAngelo are voices like John McWhorter and Coleman Hughes. They are questioning the central tenets and rhetoric of anti-racism while advancing alternative policies for progress. We ought to do the same in response to CRT as it loses some traction.

So far, the conservative response to anti-racism and CRT in schools has been aggressive contention and, in many states, outright bans. However, like a town with a polluted well, we can sanction it all we want, but until we furnish an alternative—another source of water, another solution to the real racial disparities that people perceive—bans will only foster resentment. People yearn for justice and will take what they can get unless something better comes along. I submit that something better calls for an approach to progress that maintains our commitment to small government and individual liberty.

In a recent op-ed, McWhorter gave one such example: instructional reform. We know how to teach reading, he contends. Even so, many schools rely on methods of reading instruction that find little to no support in research. Through tutoring and other such privileges, students from affluent backgrounds develop the necessary phonemic awareness and background knowledge necessary for literacy regardless of the classroom instruction they receive, while those in poverty are left floundering.

But it’s charter schools and school choice legislation that would together restructure the American education system along far more just lines. To begin, school choice would undo many of the lingering effects of historical racism. Where redlining blocked African Americans from securing mortgages, thereby barring them from accruing wealth through homeownership, modern day school-zoning laws effectively lock minority students into underfunded or underperforming schools, thereby barring them from accruing intellectual capital. Understood so, school-zoning laws are a modern-day iteration of redlining. School choice breaks this de facto segregationist holdover from a bygone era.

After decades and decades of debate, we will not solve our problems by asking K–12 classroom teachers to teach one side’s approach. Neither should we simply ban anything that smacks of critical race theory. Rather we need a substantive alternative, both in ideology and practical policy, with which to supplant pernicious ideas. Americans want racial justice. It’s time we provide policy, practices, and theories actually accomplish just that.