Responding to critics of Common Core math in the elementary grades 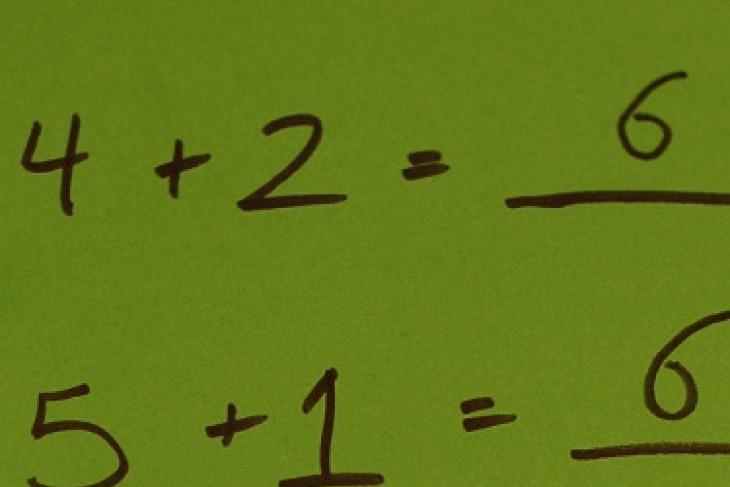 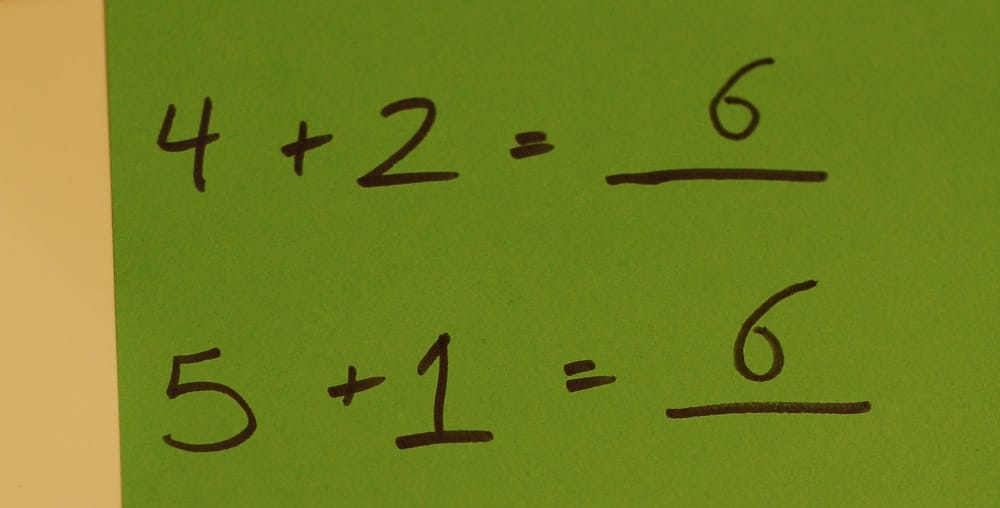 Common Core has the potential to shift and drastically improve math instruction in American schools, but its detractors have marshalled a raucous opposition to its proposed changes. We’ve already examined the questionable arguments against Common Core literacy standards; now we’re turning our sights to math.

September’s Intelligence Squared U.S. debate pitted Fordham President Michael J. Petrilli and the Center for American Progress’s Carmel Martin against the American Enterprise Institute’s Rick Hess and New York principal Carol Burris. Hess and Burris are two of Common Core’s most eloquent and energetic critics, but the position they mounted against the initiative’s math standards is not a strong one. It can essentially be boiled down to three points:

This is perhaps the most common critique of Common Core math. As the new standards have been implemented (seldom perfectly) in participating states, districts, and schools, children have sometimes been assigned math problems that would make a structural engineer scratch her head. Parents accustomed to the “classic style” of teaching math—long worksheets of standard algorithms with one or two word problems at the bottom—worry about the unfamiliar presentation of their kids’ homework, and many opponents have delighted in picking apart often inscrutable questions. At the debate, Burris recited a confusing-sounding Common Core standard (1.OA.C.6) for teaching young students:

We’d cry too if a first-grade teacher read that standard to a six-year-old. Tellingly (and almost for certain deliberately), Burris leaves out the first sentence of the standard: “Add and subtract within 20, demonstrating fluency for addition and subtraction within 10.” That’s plenty clear. But crucially, standards aren’t written for children, they’re written for professionals—those highly trained and trustworthy teachers that Burris rightly lionizes as experts—not for students. A recent short video by Robert Hanna of the Center for American Progress makes precisely the same point—there’s a difference between what a standard says and what that would look like in a classroom. A teacher would no sooner read this kind of guidance to a seven-year-old than a waiter would recite food-handling procedures to a diner who merely wants to know what’s on the menu tonight.

The standard in question asks teachers to ensure that students understand and can work fluently with numbers within 20. The methods listed here are commonplace in countries like Singapore and Japan. First-graders should be able to see, for example, that 8+7 gives you the same sum as 10+5. Or that 13-4 equals 13-3-1. If you know that 8+4 = 12, you also know that 12-4 = 8. This is neither inscrutable nor too much to ask of a first-grader. Surely we want them to be able to “add and subtract within 20.” Note too the use of the phrase “such as.” There are myriad ways for teachers to interpret these standards for students to ensure fluency; these are but a few examples.

To be sure—and to be fair—there is much room for concern about the uneven quality of curriculum and instruction, a problem that Common Core has done less to create than to reveal. And the incipient stages of Common Core implementation haven’t always proceeded smoothly. But conflating guidance for teachers with the work that’s put in front of children is a lazy tactic meant to obscure the truth: Common Core’s “new” approach to math isn’t new, it’s actually very understandable, and kids have already proven adept at grasping it—despite the higher level of rigor the standards demand of students, teachers, and parents.

Burris often wields the phrase “developmentally inappropriate” as a cudgel against Common Core. It’s a weighty-sounding bit of education-ese that carries the authority of science. The implication is that Common Core is demanding a type of thinking that children are simply not capable of. But as Dan Willingham has pointed out, the “stage theory” approach to learning has two major problems: “First, data from the last twenty years or so make development look like it's continuous, rather than occurring in discrete stages. Second, children's cognition is fairly variable day to day, even when the same child tries the same task.” According to Willingham, developmental psychology is not a useful guide to determining what children should learn and when.

…[Y]ou can't always wait until children are “ready.” Think about mathematics. Children are born understanding numerosity, but they understand it on a logarithmic scale—the difference between five and ten is larger than the difference between 70 and 75. To understand elementary mathematics they must learn to think of numbers of a linear scale. In this case, teachers have to undo Nature. And if you wait until the child is “developmentally ready” to understand numbers this way, you'll never teach them mathematics. It will never happen.

In short, Burris is wrong to claim that certain material can simply be disqualified from curricula on the basis of age. One of the lead writers of the Common Core math standards, Jason Zimba, adds that Burris’s knowledge of standards is also outdated:

While it is true that many of the oldest state standards only asked kindergarten students to count to 20, more recent standards went higher, to “at least 20” or “at least 31” or up to 100 (see Washington D.C., Georgia, Minnesota, Virginia, and Washington). One reason older standards were limited to 20 was that those standards didn’t distinguish clearly between rote-counting (saying the number words) and cardinal-counting (telling how many). CCSS makes this crucial distinction evident. The National Research Council’s report “Mathematics Learning in Early Childhood: Paths Toward Excellence and Equity” is also clear that counting to 100 is appropriate in kindergarten.

Burris also skips over another critical distinction—proponents of the standards don’t demand that students grasp all the components of rigor (fluency, conceptual understanding, and application) when working with numbers between 20 and 100, rather that they familiarize themselves with the larger quantities as a basis for future learning. Learning both simpler and less intuitive math concepts simultaneously strengthens a student’s understanding of both. Zimba points to a recent longitudinal study by the University of Missouri’s David C. Geary, who notes that the kind of math that kindergarten students learn under Common Core—and which Burris calls developmentally inappropriate—is predictive of math literacy many years later.

California kindergarten teacher Robbie Torney, in a response to Burris published on Real Clear Education, wrote that “[n]ot only should kindergarteners be able to count to 100—as noted in the Common Core—but they can. How to get them there is part of the art and science of teaching and involves making sure that I know what my students know and can move them to where they need to be.” Burris has no convincing answer to this.

The bottom line is that “developmentally inappropriate” is too often used as a shut-down phrase, one that adds little to debate or understanding. If we know where we want kids to be at the end of 13 years of schooling, delaying learning is the intellectual equivalent of a balloon payment on a mortgage. Sooner or later, it’s got to be paid up.

3.) Too much emphasis on abstract mathematical concepts.

Combatants in the math wars tend—like people in the old Miller Lite commercials yelling “tastes great!” and “less filling!” at each other—to fetishize either procedural fluency or inquiry-based teaching techniques. They lampoon the other side as favoring “drill and kill” or wanting students to invent their own algorithms, stumbling blindly forward in hopes of intuiting their way to the Pythagorean theorem. But clearly, kids need both the ability to compute with speed and accuracy, to understand the answer they got, and to know and whether it makes sense.

Common Core certainly does challenge students to comprehend math at the conceptual level—the broad strokes of composing and decomposing numbers, for instance—but only in concert with, and not opposed to, mastering standard algorithms. If there are math-education leaders out there denigrating exact computation in the name of the Common Core, then the best way to correct them is to point out these expectations in the standards themselves.

The standards call for teachers to pursue, as appropriate, three components of rigor in math education: Conceptual understanding, fluency, and application. Nowhere is it claimed that one component is most important.

Stressing conceptual understanding of math is by no means a new approach to teaching the subject. It’s a well-known, well-respected technique that veteran teachers have favored for years. Higher-order math principles can easily be taught alongside the popular tricks and shortcuts that help younger children find the answers to tough problems; but Common Core doesn’t mandate that math be taught that way because (repeat after me) Common Core is not a curriculum.

Events like the Intelligence Squared U.S. forum are useful vehicles for the exchange of ideas and reasoned argument. Burris and Hess are credible spokesmen for their point of view, and it should be obvious by now that neither side of this debate is immune from criticism. But when your case against Common Core leans so heavily on muddled logic and flawed science, it suggests that your arguments don’t add up.