The renewal of a bipartisan national bargain on education reform 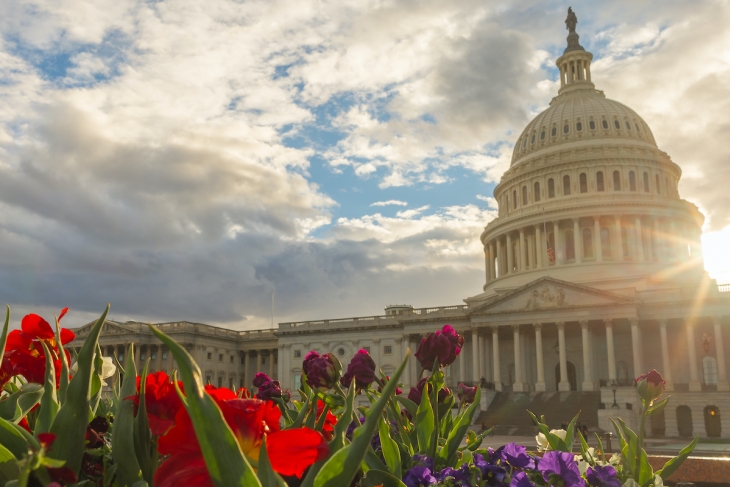 Michael Petrilli has written that, “when it comes to education, conservatives should stand for excellence.” So should liberals, and I am a longtime activist on the Democrats’ left wing. But who, in their right or left mind, thinks a grand bargain can be struck, given the venomous political divisions of the day?

I do. And Petrilli does, too, in a way. He points to how we should shed partisan straitjackets. His immediate subject is a truce in the age-old combat between excellence and equity. But fertile common ground can be found on most divisive school reform issues, if we have the will.

It’s been done before and not so long ago. Starting with the legendary A Nation at Risk report and continuing through education governors from both parties like Lamar Alexander and Bill Clinton, and presidents George H. W. Bush, Bill Clinton, and George W. Bush, a bipartisan consensus evolved on the necessity of a strong federal role in school reform. Its peak was the No Child Left Behind Act.

Championed by Republican president George W., enacted by a Congress controlled by conservative Republicans, and supported by leading Democrats like Sen. Edward Kennedy, it was a revolutionary grand bargain. It combined large increases in federal funding with unprecedented measures to impose strict accountability measures on states and local districts.

NCLB overcame the virulent bugaboo that, through our nation’s history, has plagued school reform: the nation’s lingering and largely irrational love affair with local control. It made no sense then or now for fifty states and about 14,000 school districts to go their own separate ways on academic standards and tests and with huge funding inequalities. Democrats yielded on accountability, while Republicans gave way on more money and less local control.

These days, that bipartisan logic seems quaint. To be sure, NCLB had serious flaws. But it was never given much of a chance to be work. Its lofty ambitions were undermined from the get-go by state and local educators, including teacher unions, who feared the high standards and accountability measures. States lowered standards and watered down testing to head off poor results and sanctions. Educators also fueled public discontent, especially among middle-class parents, by falsely blaming the feds for their own failures.

President Barack Obama’s Race to the Top program tried to align more federal dollars to conservative goals such as high standards, teacher evaluations, and charter schools. But that met resistance, too. And Democrats and Republicans cravenly retreated from NCLB. The Every Student Succeeds Act relieved states and local districts of federal pressure for change. The same political forces thwarted bipartisan efforts of governors that gave rise to the Common Core standards.

Needless to say, our political divisions are now worse than ever. So is the plight of our schools, which face the almost-impossible challenges of the pandemic. Still, the hopeful news is that our dire national emergency could spark a renewed faith in the necessity of national action, including a bipartisan approach to school reform.

There is widespread recognition that our country has suffered from the lack of a national plan to combat Covid-19. It isn’t rational for each state to try master the science, compete with other states to purchase tests and supplies, and promulgate the most evidence-based safety rules. And it hasn’t worked—just like the folly of going state-by-state in setting academic standards for student success. Education journalist Dana Goldstein put it mildly :“Local control of education is a centuries old American tradition, but one that may not be well suited to emergency planning during a pandemic.”

Let’s seize the moment and plant the seeds of a new and improved grand bargain. The core of the bargain would actually up the NCLB ante by requiring national standards and tests and guaranteeing adequate school funding linked to evidence-based policies and programs.

A full statutory scheme is beyond this article. But here are a few points that anticipate the naysayers and skeptics. To start with, a guarantee of funding need not break the federal treasury. It can be accomplished through a “power equalizing” formula in which the feds would pay a percentage of states’ costs depending on states’ fiscal efforts. Such a formula would not preclude more federal “targeted assistance” to disadvantaged students, as Petrilli has urged.

It is also untrue that the national bargain means the demise of significant state and local control. The federal role is limited to guaranteeing what all students are entitled to: adequate funding based in evidence-based best practices and high standards. States and local districts remain entrusted with how national standards are met, and federal money is spent within the boundaries of evidence-based options.

Still, is such a bargain a political pipedream? Not nearly as much as you would imagine. For one big thing, the odds on its success will soar if it also includes another federal imperative that is already ripe for bipartisan consensus. Recently, the Fordham Institute and the liberal Center for American Progress jointly called for a substantial increase in federal investment in education research and development (R & D). Excellent R & D can not only fill the mainly empty spaces in the universe of evidence-based best practices. Credible research can smooth over some of the ideological rancor over, for example, how to most efficiently spend money, boost teacher quality, promote choice including charter schools, and implant high-quality curricula.

It’s noteworthy that the recent surge of interest, mainly among conservatives, in curricula reform has teetered on the edge of calls for national curricula. The National Center on Education and the Economy has shown that school systems around the world that outperform ours have central ministries that generally set standards and curricula. When it comes to educational governance, the U.S. is an underdeveloped nation.

Even so, our nation is also more politically polarized than ever before. And doesn’t that terminally end any chances of a bipartisan bargain? No, if you study the American political history of recurring reform cycles. Sooner or later, the polarization will recede, and there will be a fight for the political center. That could happen in a Joe Biden presidency. Recall that the Obama-Biden administration was centrist in its approach to education reform.

It won’t be easy, but some day in America, we will re-summon the bipartisan spirit of school reform during the presidencies of the Bushes and Clinton. And a new bargain can avoid the technocratic excesses that marred NCLB. Let’s get back on the right (and left) road to excellence and equity for all our students.