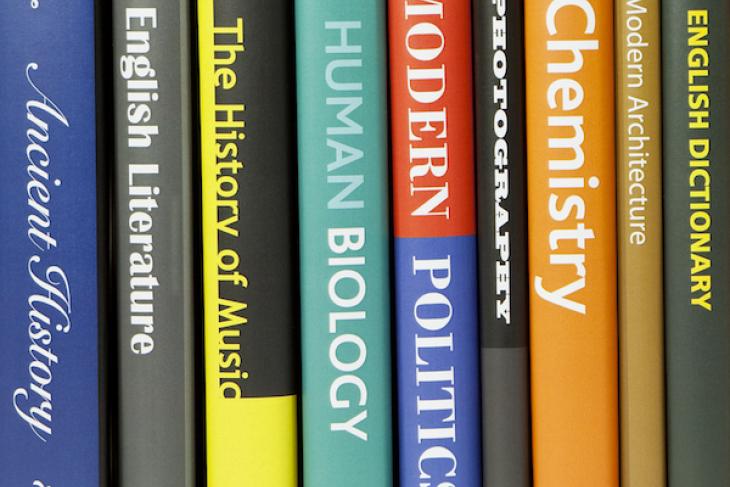 “Structural” education reformers—the kind who worry about school governance, choice, standards, accountability, ESSA, universal pre-K, graduation rates, collective bargaining, etc.—have long been faulted by “inside the classroom” educators for neglecting pedagogy and curriculum. When Hoover’s Koret Task Force was active, for example, Don Hirsch and (the former) Diane Ravitch regularly noted that fellow members such as Paul Hill, Paul Peterson, Rick Hanushek, and myself were obsessed with policy and structure and all but oblivious to what really matters in the education of children, namely what and how they are taught.

I was only 90 percent guilty, as I’ve been a Hirsch fan since the early 80’s, an admirer of his Core Knowledge curriculum and—more recently—a board member of his foundation. Diane and I co-authored a book in 1987 (What Do Our 17-Year-Olds Know?) that was primarily a plea for greater content knowledge, and I co-authored a 1999 book with Bill Bennett and John Cribb (The Educated Child) that brimmed with Core Knowledge-style content, as well as skills. In other words, I’m a true believer in the centrality of a first-rate, content-rich curriculum—and it’s topmost in what I look for as I help our kids navigate their kids’ schooling options.

The problem is that it’s one thing to believe in curriculum and seek it for oneself, quite another to make it happen at scale. There’s not even a widely accepted definition of “curriculum” and the line between “standards” and “curriculum” resembles the pavement on Copacabana Beach. No two people describe it the same way.

Many shun curriculum because content choices are often culture-war battles writ small and because government-mandated curriculum smacks of totalitarian regimes and brainwashing of kids. Talk of a “national curriculum” is taboo and, when states venture into these waters, it’s almost as controversial. The results usually end up being “recommended,” “voluntary,” and “optional.” (Just observe the politics around statewide textbook adoptions.)

Curriculum, therefore, is generally left to districts, which frequently leave it to individual schools and often to individual teachers or departments within them. When that classroom door closes, Ms. Smith and Ms. Gonzalez can teach pretty much whatever they want, using pretty much whatever materials they want, subject only to budgetary constraints, what’s in the “bookroom,” how fast are their internet connections, and what’s apt to be on their pupils’ end-of-year state test, which of course doesn’t exist for many subjects and high school courses.

In other words, however much importance an education reformer or public official may place on curriculum, in America it’s hard to find and grasp any levers that enable one to do anything about it. (That’s not true in many other advanced lands, where mandated curricula are often common.)

The other problem has been the paucity and near-invisibility of solid research on curriculum. Whereas social scientists have bent themselves out of shape studying the effects of, say, test-based accountability, charter schools, and other “structural” reforms—and have produced some reasonably solid findings about what works for whom under what circumstances—curriculum is relatively little studied and what’s learned almost never makes the New York Times (or even Education Week). We’re all so busy fighting over vouchers and the like. It also needs to be said that curriculum is notably hard for researchers to get hold of—partly because it’s so variable, so subjective, so entangled with teacher competence and pedagogical method and therefore hard to isolate, and partly because it’s just so nebulous, even secretive.

All that’s by way of saying that the two brand-new papers from StandardsWork, the Knowledge Matters Campaign, and Johns Hopkins are like manna for the desert-stranded hungry. (Yes, Passover is almost upon us.) The shorter of them, single-authored by David Steiner, essentially summarizes the findings of the longer “working paper” and advances a handful of useful—and mostly actionable—next steps. Several of those steps involve much-needed future research, but the first two findings (much amplified in the long paper) are seminal:

Tons more research is needed, to be sure—and kudos to the Hopkins team for pointing the way in some detail. Implementation challenges remain immense, as do political hesitations over “imposing” curriculum on classroom teachers. The instructors are themselves of two minds on this matter, many of them taking professional pride and pedagogical satisfaction in developing and adapting their own curricula, even as others yearn for someone to please supply them with quality instructional materials that are aligned with the standards and assessments that their states have mandated.

Still and all, reformers and officials in other states should take note of the key role that curriculum played in the “Massachusetts miracle” and, more recently, in Louisiana’s remarkable achievement gains. Notable, too, is the positive attention paid to—and adoption elsewhere of—New York State’s pioneering efforts to supply its teachers with curricula aligned to the Empire State’s (Common Core) academic standards. At a more micro level, some of the most forward-looking reformers who began as “structuralists”—the leaders of such CMO’s as KIPP and Achievement First, for example—have grasped the necessity of a solid, coherent, well-structured curriculum, have worked to develop the requisite materials, expertise, and staff training, and are systematically operationalizing the results throughout their networks.

It’s too soon to declare that curriculum has made its way solidly into the ed-reform arsenal, but the evidence is mounting that it’s entering. Hats off to StandardsWork and the Knowledge Matters Campaign (and the deep-digging Hopkins analysts) for showing why it needs to be there.