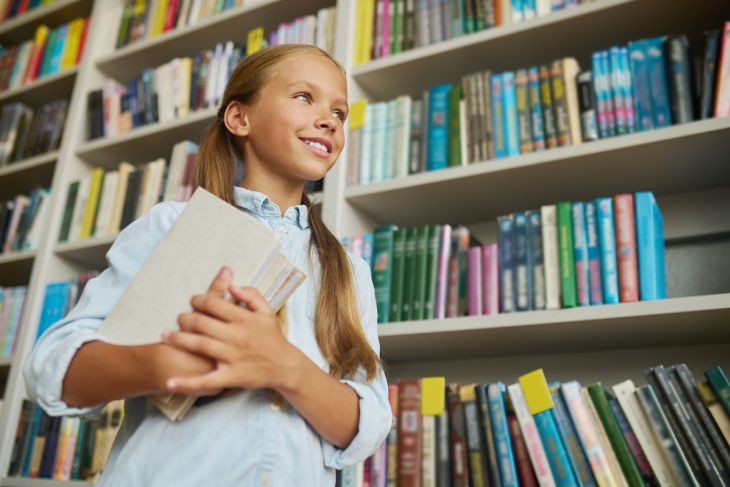 Editor’s note: We're happy to introduce Jennifer Frey, who will be writing regularly for the Fordham Institute over the next year. She is an associate professor at the University of South Carolina, where she focuses on virtue ethics.

Early in October, a group of professors, administrators, teachers, scholars, and journalists gathered in Annapolis for the Classic Learning Test’s third annual Higher Education Summit. The theme was “bringing fire to the next generation.” Despite the political, religious, and ethnic diversity of the group, we were united in our shared love for classical education, our common commitment to see it grow and flourish, and our concern that contemporary education’s abandonment of it is a great disservice to students.

What is classical education? The best definition is broad and conveys its essence: Classical education seeks to develop the whole person by reconnecting knowledge and virtue. Classical educators understand that the value of our received tradition is not “the worship of ashes, but the preservation of fire.” As a member of the CLT’s Board of Academic Advisors, I was happy to participate in a gathering whose main purpose was to celebrate a vision of education that I firmly believe should be the model for the future in this country—a model that embraces the classical idea that a true education, what the Greeks called paideia and the Germans called bildung, is about building personal character, not just conveying useful information or developing worthwhile skills. A classical education equips students for success in the deep and abiding sense of being able to flourish as free and good human beings.

Princeton’s celebrated professor Robert George spoke personally and movingly about his humble roots in West Virginia and how he felt his public education had failed to prepare him for university study. Besides lacking certain skills, George identified a deeper problem: He had no idea why he was at Swarthmore College beyond his desire for upward mobility. Reading Plato’s Gorgias changed that, and he came to see that he should want to know and understand the world for its own sake because human freedom and flourishing are tied to the pursuit of truth. Like all higher aspirations, this pursuit requires virtues, including patience, humility, courage, and studiousness.

The connection between truth and freedom was picked up in a conversation between me and Cornel West, now a professor at Union Theological Seminary. We were discussing James Baldwin, and Dr. West rightly pointed out that innocence about racial terror and trauma in the United States is a “pre-paideia condition” because the ability to see one’s society clearly takes character virtues, such as honesty, which checks every form of self-flattery and self-deception. Dr. West stressed the need to cultivate the civic love that is the root of justice in order to be able to see one another’s suffering and respond appropriately, and the further need to develop a sense of self-transcendence that virtue brings along with it.

Jessica Hooten Wilson of the University of Dallas picked up on the theme of self-transcendence in her talk on the metaphor of fire in our literary tradition. She pointed out that, while fire surely has destructive potential, it also carries the power to purify, reshape, and renew, and in literature is often associated with knowledge and hope. Dr. Hooten Wilson argued that, for educators to carry the fire is to help students imagine themselves as part of a story that began long ago and will continue long after they are gone. When we learn this story, through reading the great texts of our received tradition, we broaden and deepen our vision and expand our imaginations, preparing us to write our own stories in a way that keeps the broader human story firmly in mind.

Anika Prather, adjunct professor of classics at Howard University, discussed how we need to create a learning environment where all students can gather around the fire and be able to see themselves as part of the tradition that is being handed on. Dr. Prather spoke movingly about how the fire of paideia was so important to Black intellectuals fighting for civil rights, seminal figures such as W.E.B. Du Bois, Anna Julia Cooper, Frederick Douglass, and Martin Luther King Jr.

Finally, Spencer Klavan, host of the Young Heretics podcast, reminded us all of the importance of the virtue of gratitude. Klavan spoke eloquently about the monks who labored in their cold cells, dutifully copying ancient manuscripts so as to keep the fire of classical culture burning when almost all its institutions had fallen asunder. Klavan reminded us that many forces are now working against classical ideals, including the standardized-testing regime, which forces students to read lifeless prose in a lifeless way, and educators who brag about getting rid of Homer and assert that tradition is nothing more than white supremacy and patriarchy. Klavan pressed us to keep the fire going because, just as we are grateful to those long-ago laboring monks, future generations will be grateful for our labors now. This gratitude is the stuff of piety, a virtue that is all but lost today.

The sad truth is that contemporary education has stopped carrying the fire. It has become technocratic and divorced from virtue. But it needn’t and shouldn’t remain this way.