Public education is drifting from its founding ideals and public purpose 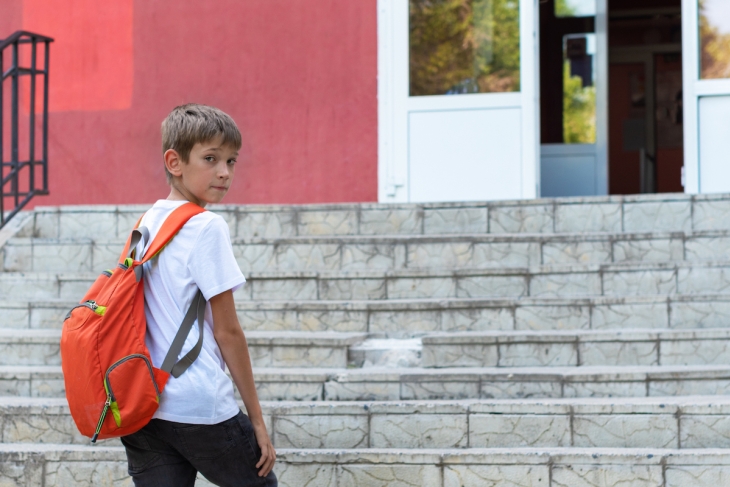 Editor’s note: Last week, the Jack Miller Center convened a National Summit on Civic Education at Mount Vernon, the Virginia home of George Washington. Robert Pondiscio delivered the keynote address. This is adapted from his remarks.

It’s no longer news to observe that there’s a crisis of trust in K–12 education in this country. Nor do we need to belabor the causes of it: Covid shutdowns that went on far longer than necessary; remote learning that pried open the black box of the American classroom; fights over masking children; critical race theory, gender ideology, and social and emotional learning. That’s already a long list of flashpoints and grievances before we even get to the latest round of NAEP scores, which in most states saw decades of progress in reading and math vaporized at a stroke.

All this comes at a time when there are more opportunities than ever for parents to vote with their feet and leave public school districts. According to data from my AEI colleague Nat Malkus, more than 1.2 million students have exited public school districts since the start of pandemic. I’m a school choice and charter school proponent, so perhaps all of this should delight me. It’s driving demand for choice and alternatives, including school models I admire.

But the vast majority of American children attend traditional public schools and probably always will. So I take no joy in their struggles. None of us should. And I think it’s worth asking what’s going on.

I’ll start with an attempt to diagnose the problem, and I’ll state it bluntly: Public education is drifting from its founding ideals and becoming increasingly estranged from its stakeholders and its public purpose. Our schools are supposed to be in the business of attaching our children to their country, their community, and civil society. But it sometimes seems they’re more interested in attacking them.

That’s a very strange business for public schools to be in. It’s like an organism devouring its host.

Benjamin Rush, one of our first great education theorists, observed that “our strongest prejudices in favor of our country are formed in the first one and twenty years of our lives.” In 1786, he wrote that a “general and uniform system of education...will render the mass of the people more homogeneous and thereby fit them more easily for uniform and peaceable government.”

If Rush were alive today and tweeted those words, he’d be cancelled for wanting to make Americans “more homogeneous.” But remember that the Founders warned us of the threat that factions posed to the infant republic. K–12 public education has drifted a long way from the ideals of its earliest theorists. So far, in fact, that we’ve now lost sight of the shore.

A few months ago, I wrote a cover story for Commentary magazine on “the unbearable bleakness of American schooling.” It pointed out that school culture and curriculum seem nearly to revel in the bad and the broken, suggesting to children that they have suffered the great misfortune to have been born into a country that is racist to its core, whose founding documents were lies when written, and where democracy is hanging by a thread. I dubbed this the “pedagogy of the depressed.” The worst part is that it’s thought to be a virtue among many professional educators. We view it as a mark of seriousness and sophistication. We think we’re simply being honest with children.

I don’t think it’s untoward or reactionary for parents and stakeholders to say, at some point, “Hold on. What is the permission structure that allows you to do this? To impose political or ideological views on my child? To make decisions unilaterally about what children in our country should know, or about the ideals, beliefs, and behaviors that are praised or condemned in schools that all of us support and pay for?”

When education drifts from its founding purpose of citizen-making, and cultivating “prejudices in favor of our country,” when it becomes a form of social justice activism, when it dwells exclusively in the bad and the broken, it tacitly encourages children to see their country as nothing more than a collection of problems to be solved, with none of the virtues and blessings of citizenship.

We want to educate our children to be problem-solvers, but that doesn’t mean schools should be problem-spotters or should fetishize America’s failures.

To be clear, I’m not suggesting that schools promote mindless nationalism or teach sanitized history. Fair-minded people can see that gratitude for what works and outrage at what’s not working are equally important to cultivate in a well-functioning society. But when only our shortcomings are emphasized, we risk creating in the minds of our children the impression that their country is reflexively antagonistic to their interests: What we have, what we have been given, and what some may seek to preserve is wrong, unjust, and must be dismantled, root and branch.

Again, what a strange business for public schools to engage in.

There is nothing wrong with thinking that a non-negotiable for public education must be to cultivate in our children a respect and even a reverence for the beliefs, the practices, the institutions, and yes, the virtues that made America the envy of the world.

The still relatively high but declining level of trust in schools and teachers suggests that there is a base to build upon. But it will require a shift in the culture of teaching, and a shift in the mindset of public education. Less activism, more humility. A reminder that teachers are not free agents, they’re public employees and influential state actors.

K–12 public school teachers must take to heart that we don’t have permission or legal authority to impose our views on a captive audience of our fellow citizens’ children. We can’t just shut the door and teach what we like.

But please, let’s not shy away from controversial topics in schools. Let’s lean into them. Not as activists and ideologues, but as serious, thoughtful professionals. I’ve argued elsewhere that, instead of CRT bans, schools, districts, and states should adopt a code of ethics that encourages teaching contentious issues while valorizing viewpoint diversity.

In sum, there’s an opportunity for public education to cultivate gratitude and optimism in our children, to invest them in their country, and to encourage them to take up the work of building a more perfect union.

But we’ve lost the plot.

Our founders saw the mission and purpose of public education much more clearly than we do today.