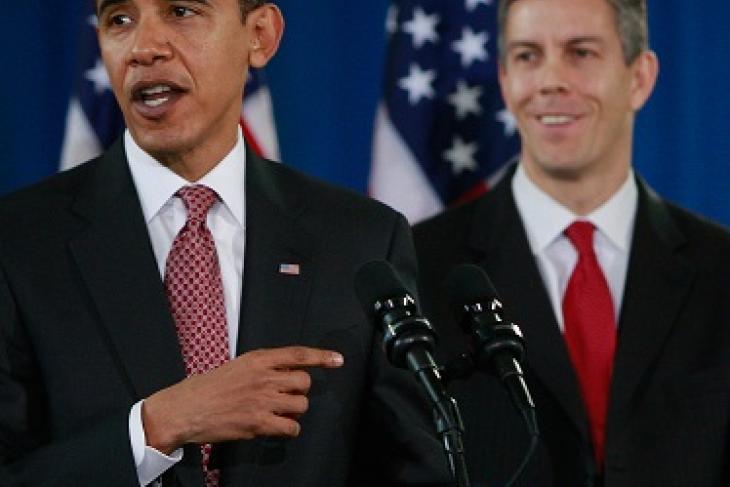 Over the weekend, President Barack Obama received high praise from parents and teachers for acknowledging that testing is taking too much time away from teaching, learning and fostering creativity in schools, and recommending that standardized tests take up no more than 2 percent of total school instructional time. Frankly, this is arrant nonsense.

From time to time, I'm asked to give a talk about education. If I look at how I spend my time over the course of a year, giving presentations and speeches is a very small part of my job—less than 2 percent. However, if my effectiveness were to be judged on the audience response to the handful of talks I give each year, I'd spend a lot more time writing and practicing speeches. I'd fret endlessly over my PowerPoint slides and leave-behinds. I'd sprinkle in more jokes to be entertaining; I'd probably say whatever I thought would get audiences to like me more, rather than challenging my listeners. I'd definitely spend a lot more on suits and dry cleaning than I do now.

But most critically, I'd spend far less time on all the other things I do—writing, reading, teaching and learning, visiting schools to stay current—that might make any talk I give worth listening to in the first place. In short, if this minor part of my job, however useful, were to become the alpha and omega of how my effectiveness was measured, it would quickly change nearly everything else about my work. And not necessarily for the better.

It's the same with testing. First of all, reports that Obama "plans to limit standardized testing to no more than 2 percent of class time," are simply wrong. The federal government has virtually no say about how much time schools spend testing. The vast majority of tests that our children take are driven by states and school districts, as well individual schools and teachers—not by Washington. The best the president can do is use the bully pulpit to encourage less testing, and even then, there's reason to be skeptical.

The amount of time kids spend on testing is not the issue. It's what the tests are used for that matters. Like my speech example, when you use standardized tests to make high-stakes judgments about schools and teachers, they are no longer a mere diagnostic. The testing tail wags the schooling dog.

"I still have no question that we need to check at least once a year to make sure our kids are on track or identify areas where they need support," said Education Secretary Arne Duncan, thereby demonstrating that the administration doesn't understand or thinks it can elide the effect of testing on schools. If there are stakes attached to those tests for schools or teachers, then there will be little or no change in current classroom practice.

To be clear, I am not anti-testing. Far from it: The data from tests are some of the most valuable intelligence we can access in the struggle to improve our education system. Test data have created the demand for school choice and charter schools. They supply the proof point demonstrating how poorly we've historically served low-income children of color. The field of education simply cannot advance without testing; it provides one of the few empirical bits of data we have to give insight into the effectiveness of changes in any number of school-based inputs, from curriculum to education technology.

But the moment you set out to trigger corrective actions and interventions using tests (which are, after all, designed merely to measure student performance), you are fundamentally shifting their function from providing evidence of student performance to something closer to the very purpose of schooling. This is precisely what has been occurring in our schools over the last decade or more. When parents complain about over-testing, what they are responding to is not the tests themselves—which take up a vanishingly small amount of class time—but the effects of test-and-prep culture, which has fundamentally altered the experience of schooling for our children.

The Obama talk on testing seeks to curry favor with parents and teachers (and their unions) while doing nearly nothing to change the fundamental role of testing and its effect on schooling. It's all well and good to "encourage" states, districts, and schools to limit testing. But as long as test-driven accountability measures are used trigger corrective measures in schools instead of providing feedback to parents and other stakeholders, it won't matter if children take two tests or two thousand; the effects will be the same. And here, Obama and Duncan are on the horns of a dilemma: Testing is retained in both the House and Senate versions of the Elementary and Secondary Education Act currently up for reauthorization. But if you do away with it, there will be hell to pay among key Democrat constituents worried (rightfully) about equal educational opportunity for minority children and families.

It is nearly irrational to be "anti-testing." Education cannot be a serious discipline without the sunshine created by testing data. But our present relationship with testing is like holding a wolf by its ears: We don't like it, but we can't let go. The president's—and Duncan's—remarks this weekend get us no closer to rectifying our relationship with testing.