From the personal to the political, for the love of freedom 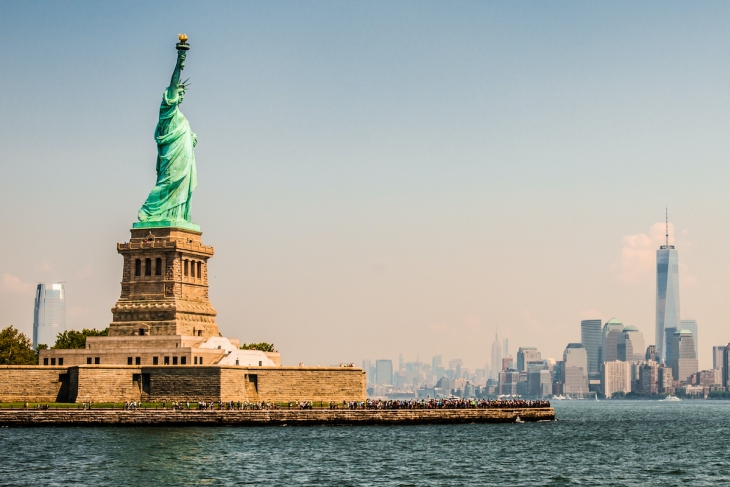 This superb short essay by Stanford professor Bill Damon is a hard-hitting piece from a gentle, thoughtful, and learned psychologist, and (as with Senator Alexander's contribution) was first published by Fordham in 2003 and then again in 2011. Yes, he, too, is my friend and colleague, and I’ve admired his scholarly work for decades, especially his pioneering studies of the role of “purpose” in people’s lives. No captive of standardized test scores and basic skills, Bill has long explained why schools must attend to the “whole child” and thereby the whole society, especially in fostering the traits of character, morality, citizenship, patriotism, and love of liberty that make democracy possible. (For more on the schools’ role in building citizens, see his excellent book Failing Liberty.)

The present essay pulls no punches about the failure of “social studies” as conventionally taught to imbue young Americans with a clear appreciation of the freedoms that they and their fellow citizens enjoy and what is at stake in preserving them. We can and must do better going forward!

For the most part, American schoolchildren are exceptionally astute when it comes to matters of personal relations. They know a lot about themselves, their families, and their friends. No doubt their fine social awareness is related to how they spend their spare time—for the most part, interacting with family and friends or consuming mass-media entertainment that focuses on the nuances of interpersonal situations (sitcoms, soaps, teen horror movies, rap songs, and so on). As active learners, contemporary children become extraordinarily sophisticated in small-scale human behavior far younger than previous, more sheltered, generations.

One thing that they learn very quickly is that they love “freedom.” For the most part, what American children mean by “freedom” is the license to do and say what they want. Because their world is bounded by themselves and their immediate social relationships, this amounts to the liberty to resist demands by others for conformity in thought and deed. Many young people in America will go to the mat for the right to make their own value judgments, to enjoy their own music, to dress as they like, to spend their time and money as they wish, and to choose their own friends. In general, our culture supports the sense of personal autonomy that young people cherish.

Unfortunately, today’s schoolchildren understand very little about the world beyond their own intimate circles of friends and family. Their ignorance most notably includes an almost complete lack of awareness about how rare their most prized possession, freedom, is in large parts of the world. Nor do they have much appreciation of what freedom means for a civic and political life that deals with matters more serious than recreational choices.

Indeed, young people in our country know practically nothing about national or global politics, and they care even less. By the end of the twentieth century, social scientists and educators were beginning to express concern about the troublesome know-nothingism that had spread among the ranks of American youth. In normal times, this would be a grave problem for the future of civic life in our democracy. But now we no longer live in normal times. We are now at war, a war that may endure well into the maturity of today’s students. It is our responsibility to prepare them for their engagement in it, and our schools need to participate in this charge. They must do a far better job of educating youngsters about the world beyond their own personal lives and pleasures.

Schools must help our children understand freedom on a national and global stage. As part of this understanding, students must learn why freedom always needs to be defended—to understand the wisdom behind the maxim that eternal vigilance is the price we pay for our liberties. And our children must come to understand this in contemporary terms: the price of freedom in the world today; who threatens it; and what should we do, as U.S. citizens, to preserve and advance freedom in the world?

How can our schools impart this essential understanding? To begin with, they must abandon the well-intentioned but intellectually corrosive species of moral relativism that now infests public-school curricula in the name of “multiculturalism.” Schools must start teaching the plain truth about the world—namely that all cultures are not equally benign with respect to their support of individual freedom. And our schools must teach what life is like in places that do not honor freedom.

Social studies—which now emphasize tolerance for non-Western cultures and criticism of our own—must give students a living sense of what the absence of freedom really means in some parts of the world. Teach them about how writers feel in societies where the reward for writing a critical statement about the government is a death sentence. Teach them about how women feel in cultures that intentionally keep them illiterate and disenfranchised, in cultures that force them to wear veils and other smothering clothes, punish them (rather than their attackers) when they are raped, and threaten them with harm as a means of extorting dowries from their families. Draw the contrast with societies where everyone gets to vote, protest, join unions, start businesses, worship or not as they wish, and (to bring the point home) even choose their own manner of dress and leisure pursuits.

Once students come to understand what is really at stake when freedom is won or lost, they must learn about the history of freedom, how it has grown in some places and slipped away in others, and why that happens. Teach them how American rights were forged through suffering at Valley Forge and Selma; how utopian Russian dreams vanished into tyranny; how a budding German democracy succumbed to terrorism and divisiveness in the Weimar years; how zealous, or corrupt, dictators in the Middle East have ruled their populations through fear, thuggery, and intimidation. History should be taught as a narrative of what has gone right and what has gone wrong along the road to liberty.

In teaching history, balance is key. My daughter’s high school U.S. history course relied on the highly critical People’s History of the United States as a primary text. It did not offer a balanced approach. It’s an acceptable part of the reading list, but it is too lopsided to be the main source of historical knowledge. I would place the terrible errors that this critical text highlights (e.g., the Tulsa race riots, the American Indian massacres) in context of the self-corrections that they spawned. And I would point out that it is a rare and precious freedom to allow teachers to talk with students about shortcomings of their own culture (compare, for example, with the education that students get in an Islamic madrasa). Students also need to learn about historical horrors in countries that have destroyed freedom—such as the Nazi pogroms, the Soviet purges, and the Cambodian killing fields. A balanced history course will give students such compelling reasons to care enough about our free society that they will eagerly defend it when it is threatened and work to correct it when it does not live up to its own high ideals.

If schools would encourage students to care about our society, this would be a crucial first step in getting them to take responsibility for it as engaged citizens. It would be a big step, but there is one more that is needed: to take responsibility for human freedom wherever it is in peril. John Dunne’s Meditation XVII, with its famous line, “No man is an island, entire of itself; every man is a piece of the continent, a part of the main,” should be compulsory reading for American school children. In our increasingly global existence, our students need to know that, in order to protect our own freedoms, we must work to ensure the freedoms of others. We must resist people who despise freedom wherever they are, and we must discredit the warped ideologies that feed their hatred. Our schools can play a key role in this by teaching students how our constitutional rights have secured our freedoms for generations, and how America throughout her history has successfully fought the threats of enslaving ideologies.

William Damon is Professor of Education at Stanford University, Director of the Stanford Center on Adolescence, and Senior Fellow, by courtesy, at the Hoover Institution. He is one of the world's leading researchers on the development of purpose. He is the author of The Path to Purpose. Damon's other books include The Moral Child; Greater Expectations (winner of the Parent's Choice Book Award); Some Do Care: Lives of Moral…