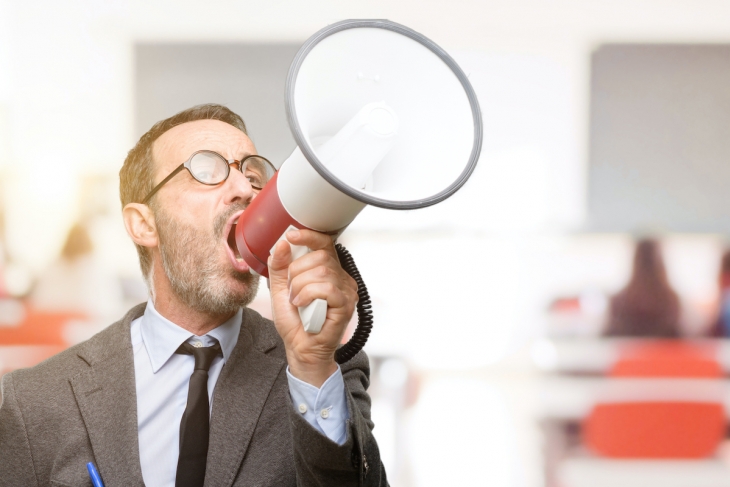 A teacher in Newport Beach, California, made herself TikTok famous last month when she posted a video bragging about tricking her students into pledging allegiance to the rainbow Pride flag in her classroom rather than the American flag, which she removed because “it made me uncomfortable.” In the same week, another California teacher was caught on camera praising Antifa and saying of his students, “I have 180 days to turn them into revolutionaries” and to “scare the f-ck out of them.”

To put it mildly, teachers are not shy about expressing their views on charged racial and political views. Another viral video by a Virginia high school teacher criticized the state’s discipline system as “white supremacy with a hug.” My AEI colleague Tracey Schirra and I recently wrote about a Tennessee teacher who’s being held up as something of a martyr after he was fired from his job teaching a high school contemporary-issues class. He insisted that teaching about white privilege didn’t warrant multiple perspectives as his state’s ethical standards demand because it is “a fact.”

What’s going on here? Yuval Levin put his finger on the pulse, I suspect, in his recent book A Time to Build, which describes a profound shift in our relationship with institutions and the role they play in our lives. These teachers are simply “participating in the cultural theater” that is now a commonplace feature of institutions. Though, this hasn’t always been so. Institutions, Levin posits, once functioned as molds of our character and behavior but have now become platforms on which we stand to be seen. In Levin’s analysis, the nature of institutions has undergone a dramatic transformation from being primarily formative to performative.

Evidence of this shift is visible far and wide. “When we don’t think of our institutions as formative but as performative—when the presidency and Congress are just stages for political performance art, when a university becomes a venue for vain virtue signaling, when journalism is indistinguishable from activism—they become harder to trust,” Levin explains. “They aren’t really asking for our confidence, just for our attention. And in our time, many of our most significant social, political, cultural, and intellectual institutions are in the process of going through this transformation from mold to platform.” Significantly, even ominously, this shift has “dramatically magnified our loss of trust in institutions,” he writes.

This insight, I think, gets to the heart of much of what ails K–12 education at present—a failure to appreciate, protect, and defend the formative role of schools at both the institutional level and in classrooms among individual teachers. At all levels, there is even a conscious resistance to the notion that schools should be formative. Classroom teaching doesn’t carry the same opportunities for attention-seeking and performative posturing as being a member of Congress or a cable news host, but the impulse is the same, writ small. Turning the classroom into a platform is a particularly pernicious form of the phenomenon Levin describes, since it hijacks a public institution and conscripts a captive audience of impressionable children to advance a personal or political agenda. For this reason, courts have long recognized strict limits on teacher speech in the classroom, a standard of professional conduct that is increasingly seen more often in the breach than the observance.

It’s easy to dismiss anecdotes of teachers exceeding their brief as exactly that—anecdotes—not indicative of a broader trend. But that overlooks a long-standing trend of teachers explicitly encouraged to conceive of their work as a form of activism. “Over the last decade or so, conceptualizing teaching and teacher education in terms of social justice has been the central animating idea for education scholars and practitioners who connect their work to larger critical movements,” noted a comprehensive review of teacher education published by AERA in 2005. “Advocates of a social justice agenda want teachers to be professional educators as well as activists committed to diminishing the inequities of American society.” The formative role of the institution is irreconcilable with a view from within that institution that it’s inherently oppressive. Seen through this lens, “performative teaching” doesn’t merely delegitimize the institution; delegitimization is the point.

Levin wisely notes that the shift from “molds” to “platforms” undermines our trust in schools, a bedrock institution in American life and civil society. “When they are flourishing, our institutions make us more decent and responsible—habituating us in exactly the sorts of virtues a free society requires,” Levin concludes. “But when they are flagging and degraded, our institutions fail to form us, or they deform us to be cynical, self-indulgent, or reckless—reinforcing exactly the vices that undermine a free society.”

This line of thought goes against the grain of much of the current moment and mindset (Levin himself notes that “we resist the strictures of institutionalism for some powerful reasons”), but it’s worth thinking long and hard about what is lost when we disregard or abandon the character-forming role of institutions. When I spent a year observing classes at New York City’s Success Academy, I ended up writing a book about school culture nearly by accident. I had expected to write about curriculum and instruction, but it became clear that the real strength of Eva Moskowitz’s school model was its extraordinary consistency and the normalizing power of its exacting school culture. In retrospect, the best teachers I observed there were successful at working within a prescribed model. Some bridled against it and struggled; others failed and weren’t asked back. The same is arguably true of families and students; many thrived while other resisted or were unwilling to be molded.

Finally, there’s an inevitable and perhaps unresolvable tension between the conception of schools as formative institutions, and our long-standing cultural tendency to idolize teachers who are individualists and mavericks, Levin observes. “People frequently seek platforms in order to be seen taking the side of their tribe in [culture war] struggles,” he concludes. “And as political and cultural polarization has intensified, the desire for such platforms has increasingly overtaken the desire to be formed and enabled, and therefore also constrained, by institutional responsibility.”

It is frequently observed that trust among teachers, parents, and school leaders is an essential feature of successful schools. Levin’s book, which I highly recommend, provides a powerful lens through which to view trust—and an implicit critique of those who accidentally or deliberately undermine it.