The pedagogy of the depressed 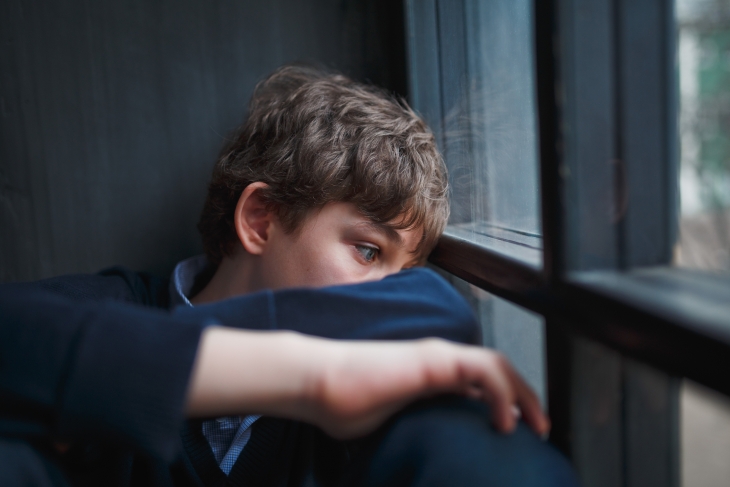 Editor’s note: This essay is adapted with permission from the cover story of the March issue of Commentary, “The Unbearable Bleakness of American Schooling.”

The middle school two blocks from my New York City apartment is named for Jonas Salk.

Today, teachers in that school, which honors the man who cured polio, treat children as moving, breathing, virus-shedding hot zones. In other U.S. cities, teachers have walked off the job even when fully vaccinated rather than risk contagion. Imagine the psychic toll this takes on children: The world is deadly and dangerous. I am myself a lethal threat to my teachers, my family, and my friends.

Now imagine that Covid had struck fifty or sixty years ago. It is almost certain that the arrival of life-saving vaccines less than a year into a global pandemic would have been framed for schoolchildren as a triumph of science and human ingenuity, a matter of national pride, even a cause for celebration.

By any reasonable measure, the world is safer and more stable today than at any time in the living memory of most Americans. Adults are more active in children’s lives today than in previous generations, but at the same time we play a less reassuring role. This is particularly true in schools, where curriculum and school culture seem nearly to revel in the bad and the broken, suggesting to children that they have suffered the great misfortune to have been born into a country that is racist to its core, whose founding documents were lies when written, and where democracy is hanging by a thread. Not that it matters, since we are just a few short years away from irreversible climate catastrophe, all but certain to render the world a spent and burned-out husk by the time they are grown.

Neither is it a given that American children will get the idea in school or through the media or culture at large that their country is a force for good in the world, or an engine of freedom and prosperity. In fact, quite the opposite.

Worst of all, this pedagogy of the depressed—America the Problematic—is thought to be a virtue among a significant number of professional educators who view it as a mark of seriousness and sophistication. We want children to grapple with “honest history” starting in elementary school and discover the power of their voices by writing authentic essays about their personal problems. “Socially aware” young-adult literature demonstrates a fascination with adult themes of tragedy and dysfunction bordering on fetishization. Small wonder, then, that adolescents are more depressed and medicated than ever before.

A half-century of psychological research indicates that our beliefs about the world shape behavior and our sense of well-being. Whether one views the world as good or bad, safe or dangerous, enticing or dull, is correlated with outcomes such as life satisfaction or depression. We may think that we are doing children a good service by being “real” with them, refusing to spare them from the unpleasant facts of the tired world they will soon inherit, thus inspiring them to seize the day and set the world right. But there are worrisome hints that this is all a little too much for many young people to bear.

The evidence of an accelerating mental health crisis is troubling enough. But a bracing essay published by Yuval Levin at The Dispatch late last year hinted at the emergence of a quiet crisis of despair that is changing the nature of social breakdown in America. Chaos and unruliness are yielding to a “disordered passivity,” a failure to engage or seek fulfillment that “strikes deeper and earlier than the danger of unruliness,” he writes. This places a particular burden on schools to address the problem, not to admire or indulge it. “The hallmark emotion of depression is hopelessness, and it’s on a global scale,” agrees Christine Sefein, a therapist and former professor of clinical psychology. “That continuous repetitive message, ‘There’s no reason to care because it’s all messed up. I’m always gonna feel guilty that I’m white, or I’m always gonna feel badly that my people were slaves or oppressed, there’s no way out, there’s no light’—that message is going to throw people into depression.”

There is a fine line to be walked here. Few would argue that children should grow up in a protective bubble, cosseted and coddled, insulated from history and the realities of life. It would be impossible in our information and social-media-saturated age. But there has been a change in the weather that alters how children perceive the world and their place in it. As adults and as educators, we are not merely failing in our responsibility to be a reassuring presence in their lives; we seem perversely determined to normalize and even valorize their despair.

It doesn’t matter if our intentions are good, if we see virtue in being honest with children, or seek only to “empower” students to take on and change the world. We have broken childhood. We are creating a generation of children who feel overwhelmed and powerless, lacking in agency, and who are saying to themselves, in effect, “Why bother?”