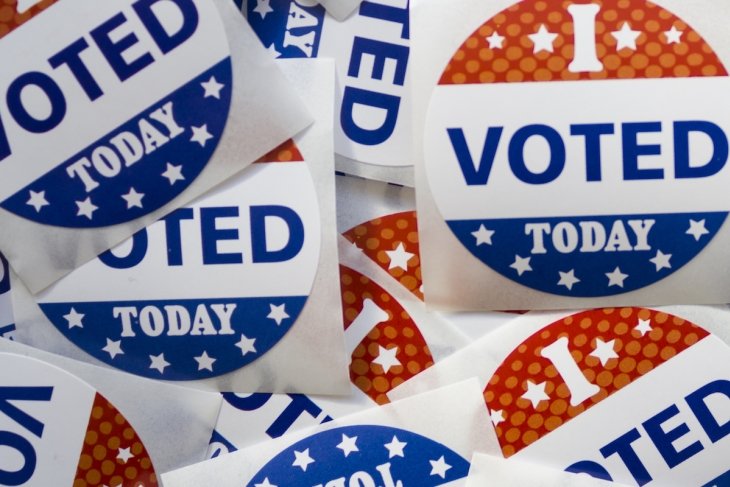 Considering President Joe Biden’s historically low approval ratings, many predicted a Republican wave in the midterms. Well, the wave turned out to be a gentle lapping at the toes. If anything, with Democrats keeping control of the Senate, they are enjoying their time in the sun on the beach, not even a high tide in sight.

That being said, there was a quiet winner in last week's elections: parents’ rights groups. In Charleston alone, voters elected seven new members, most of whom were backed by the parental activism organization Moms for Liberty. Across the country, they endorsed or financially supported 270 school board candidates, and over 50 percent of those candidates won—all newcomer candidates and many fighting incumbents. The Minnesota Parents Alliance won forty-nine races in the state. The 1776 Project Pac claims to have flipped 100 board seats.

Conversely, at the Manhattan Institute, Michael Hartney quantifies the real sway that unions have over school board elections. After crunching the numbers in California, New York, and Florida, he estimates that union-backed candidates have won seven out of ten races in those states in previous elections. Even in deep red districts, unions never drop below 60 percent. Considering the context then, Moms for Liberty can boast a huge success at a win rate of 50 percent. They may not have swept every school board seat, but they made them competitive.

And control of school boards is no insignificant matter. Education in America is notoriously local. Where governor’s mansions determine policies like school choice, funding, and basic standards, school boards determine just about everything else—from charter authorization to discipline policies, funding, staffing, and curricula.

This is where their true power lies. Moms for Liberty and other groups are too small a coalition to swing governorships or Senate seats. In these high-turnout elections, issues like the economy or abortion make most of the difference, while the parents coalition becomes just one more bloc among millions of voters. Their influence is diluted accordingly. However, they could make many school board seats competitive for years to come, and in doing so, provide a much-needed corrective to union dominance. Even the pressure of one or two seats in blue or purple districts could cause other candidates to tack towards the center and be more responsive to their constituents.

Normally, school board elections take place during off year election cycles; only thirteen states mandate on-cycle school board elections, while twelve actually require off-year, non-November elections—so few people bother to cast a ballot. However, according to Hartney’s analysis, teachers who lived where they worked voted in these elections at a rate two to seven times higher than other citizens. When I worked in public schools, for every election, no matter how small, a little union flier appeared on my desk in the morning reminding me when to vote and for whom to vote. When only a few votes are cast, getting teachers to the ballot box quickly turns into a plurality.

What’s more, Hartney points out that there’s an overrepresentation of former teachers, groomed by the union for politics, sitting on many of these boards. To be fair, any school board without a former educator or two among its members would certainly lack necessary insight and relevant direct experience. But there are plenty of reasons to have a representative sample. Parents, local business leaders, knowledgeable college professors, the average taxpayer—all of these can bring beneficial insight and different motivations to the table.

Not everyone is excited about the wins of candidates backed by Moms for Liberty and groups like it. At the New Yorker, Jessica Winter laments the wins of “education freedom”—with the scare quotes being, of course, hers. To Winter, such wins signal the success of Republican dark money and an unwarranted sense of crisis. Conservative school board activists capitalized on “lingering resentment” over lockdowns, a “manufactured culture war,” and pornography “supposedly proliferating in schools.”

Such pieces feature a painful lack of self-reflection. According to Gallup, confidence in public education as an institution is at an historic low. Rather than asking why trust is lagging in public education, however, Winter instead asserts that “a degree of trust” is simply “nonnegotiable.” Trust, she seems to argue, is to be demanded or assumed, not earned.

In reality, decisions by officials, elected and otherwise, have given the American public good reasons to question the credibility of their schools. There was early evidence that schools weren’t “super-spreaders” of Covid-19, but still administrators locked the doors to their buildings. There are plenty of examples of not just individuals, but also national English curricula, district-wide professional development, and even math standards all pushing divisive, progressive concepts in the classroom.

The wins of Mom for Liberty and other parent-activist organizations represent, not manufactured anger, but a real, warranted frustration with the state of schools. In place of responding to such frustrations, school boards and other elected officials spent ink casting them as villains, even domestic terrorists.

Edmund Burke wrote, “The effect of liberty to individuals is that they may do what they please; we ought to see what it will please them to do before we risk congratulations, which may be soon turned into complaints.” The same could be said for the electoral influence of groups like Moms for Liberty. With a national presence, their real power and influence is local. Now let’s see what they do with that power.