On our Nation’s Report Card, strong leadership gets an “A” 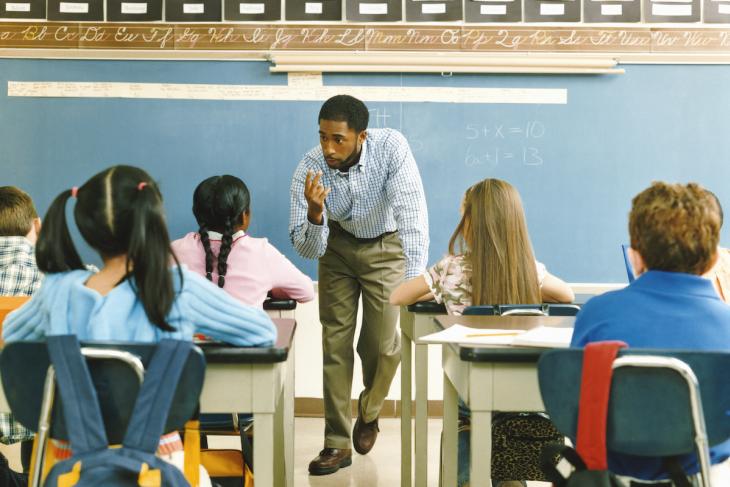 This week, the federal government released the results of the National Assessment of Educational Progress (NAEP)—known colloquially as “the Nation’s Report Card.” As always, the results are the subject of intense scrutiny, and are fodder for arguments on both sides of the political aisle and all sides of education debates. Although the scores reveal largely stagnant performance overall, a number of states and districts—many of them led by members of Chiefs for Change, of which I’m CEO—showed marked improvement since the last administration of the test. In fact, all of places that demonstrated increases in eighth grade math, eighth grade reading, or fourth grade reading have a state education chief who is a member of our network. These leaders, in locales as disparate as Mississippi and Washington, D.C., are implementing some of the nation’s most cutting-edge and impactful reforms—and seeing results. So while pundits and policy wonks continue to dissect the scores and draw their own inferences, it’s important to take a moment to consider one indisputable point: Leadership matters.

In Mississippi, for example, the leadership of State Superintendent Dr. Carey Wright, a member of the Chiefs for Change Board of Directors, has formed the backbone of the remarkable gains that suggest education is improving for many students. Long considered the lowest-performing state in the country, Mississippi is now a beacon of progress and is one of the fastest-improving places on NAEP. Dr. Wright began her tenure with an intentional and comprehensive assessment of the status quo, opting for measured change and strategic reforms rather than an abrupt, gratuitous shakeup of the state’s education system. What followed was a coordinated focus on early literacy, undertaken in concert with the legislature, educators, school leaders, and community members. In 2013, Mississippi passed the Literacy-Based Promotion Act, and Wright and her team implemented the state’s first Early Learning Collaborative as part of a larger investment in early-childhood programs, which served as the centerpiece of efforts to improve schools. (See the embedded video below for more on this.) Those changes seem to be making difference. It’s of course hard to draw a straight line between policies and outcomes, and plenty of other factors matter, too. But it sure seems suggestive that Mississippi is the only state on the latest NAEP with an increase in fourth grade reading, that it posted the largest gains in fourth grade math, and that it was one of only three locales—along with Louisiana and D.C., both led by Chiefs for Change members—with an increase in eighth grade math.

This year, D.C. improved faster than any state in the nation on NAEP—including both its charter and traditional public schools. It has outpaced its peers with meaningful improvements that seem to have resulted in remarkable gains (though, again, we can’t be certain about causation). Under the leadership of Hanseul Kang, the state superintendent of education, scores in D.C. jumped by three points apiece in fourth and eighth grade math and eighth grade reading. In the latter, no state in the country posted a gain, and thirty-one saw a decline. A number of factors have contributed to these gains, including a culture of high expectations for all students; a commitment to continuous improvement through a transparent, common accountability system across traditional public and public charter schools; a focus on talented educators; and early-childhood investments that lead the nation. None of these, of course, would have been possible without strong, values-driven leadership, which is essential to the persistent implementation of evidence-based policies and practices.

But D.C.—as a whole—is not the end of the story. Its traditional public school system, District of Columbia Public Schools (DCPS), now led by Chiefs for Change board member Dr. Lewis D. Ferebee, has seen pronounced improvements on the NAEP Trial Urban District Assessment (TUDA). Since 2009, DCPS has been the nation’s fastest-improving urban school district, making the largest gains in both math and reading in fourth grade, the largest gains in eighth grade math, and the second largest gains in eighth grade reading, among all TUDA-participating districts. Ferebee attributes these gains to a variety of efforts, including a focus on whole-child and social-emotional learning; the district’s LEAP program; a professional development model that fosters a collaborative culture among teachers; an emphasis on evidence-based instructional practices that inform weekly data meetings for educators, wherein they examine what’s working and adjust accordingly; and a commitment to family engagement (DCPS conducted more home visits last year than any other school district in the nation).

Despite these success stories, however, the NAEP results reveal serious shortcomings in American education generally. Although the trend line over the past three decades remains positive, the latest scores show a decline for the lowest-performing students, even while higher-performing students showed increases. It’s a disturbing pattern, but one that is consistent with our nation’s growing economic inequality and history of structural discrimination in education, housing, and access to opportunity. Rather than use these results to advance a particular political position, let’s focus instead on solutions. Now is the time to redouble our efforts to ensure that all students have access to excellent schools.

We cannot afford to ignore the gains made by leaders who are implementing bold and sustained reforms. School systems across the country should heed the work of people like Wright, Kang, and Ferebee, as their policies and practices can make a difference for students in other communities, as well. So as we parse the many readings of the Nation’s Report Card, let’s take a moment to acknowledge the true bright spots and recognize that, while the story varies across states and districts, the improvements we’ve seen have one clear through-line: Strong leadership matters.

Mike Magee is CEO of Chiefs for Change, a bipartisan network of state and district education leaders from across the United States.