No, social and emotional learning is not a “Trojan horse” for CRT 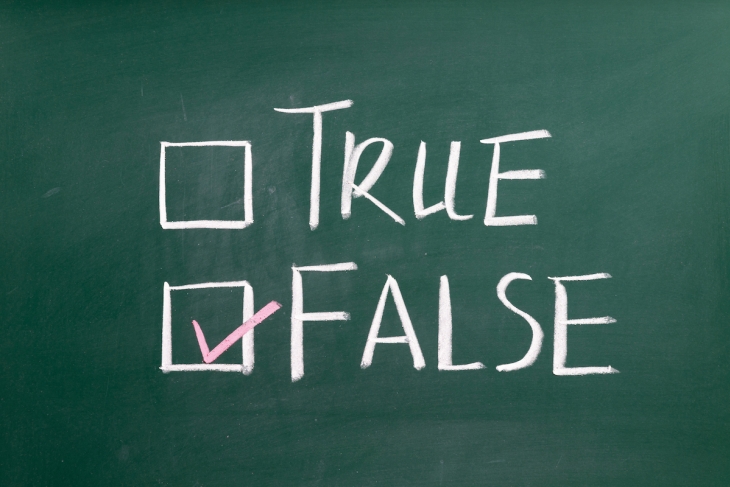 Last week came news that more than 40 percent of math textbooks submitted for review in Florida were deemed incompatible with state standards or contained “prohibited topics” including references to critical race theory (CRT) or the “unsolicited addition of social emotional learning (SEL) in mathematics.” Nearly three-quarters of elementary school submissions failed to make the grade.

Florida is within its rights to approve or reject materials on any grounds it wishes. There’s no issue with that.

No less notably, the move also elevated Chris Rufo above his reputation as a mere culture-warrior. He is now, as the New York Times tells us in its coverage of Florida’s decision, a full-fledged “agitator of intolerance,” who “probably more than any other person made critical race theory a rallying cry on the right.”

A separate Times article drew attention to a genuine point of excess: Rufo “has sought to tie social-emotional learning to the broader debate over the teaching of race, gender and sexuality in classrooms.” The paper quoted Rufo from an interview conducted in March, saying that while social-emotional learning sounds “positive and uncontroversial” in theory, “in practice, SEL serves as a delivery mechanism for radical pedagogies such as critical race theory and gender deconstructionism.”

“The intention of SEL,” Rufo continues “is to soften children at an emotional level, reinterpret their normative behavior as an expression of ‘repression,’ ‘whiteness,’ or ‘internalized racism,’ and then rewire their behavior according to the dictates of left-wing ideology.”

Let me state my case at the outset: It’s a mistake to portray SEL as critical race theory in disguise or a Trojan horse to slip CRT, gender ideology, or Marxist ideas into a curriculum. There is more than enough room to criticize SEL on the terms offered by its proponents without concocting ulterior motives.

I don’t count myself among critics of Rufo’s work. He has played an important role in reasserting public authority over an education establishment that has too long pursued its own purposes, an education establishment that is heedless and sometimes even hostile to the views of parents and other stakeholders. To the degree that Rufo’s activism has forced states, schools, and districts to contend with pushback to “social justice” initiatives, he’s done good and necessary work.

That said, his SEL critiques are overheated. SEL is arguably unethical and risky even without the conspiratorial accusations, and these more reserved but accurate critiques are sufficient to halt its spread.

As I noted in a paper last fall for the American Enterprise Institute, whether SEL can have a beneficial effect on academic outcomes as proponents insist is an interesting question but a secondary one. The more important issue is whether monitoring, evaluating, and seeking to shape a child’s attitudes, values, and beliefs is the appropriate business of a school. Few parents want teachers to be indifferent to their child’s overall well-being. But at what point does a reasonable, healthy concern for a student’s emotional health become too personal, too intrusive, and too sensitive to be a legitimate function of public school and thus the state?

Even more obviously and of greater concern to teachers is the problem of expanded responsibilities. SEL asks teachers to play a quasi-therapeutic role in students’ lives with insufficient training and thus poses risks to student mental health. As I noted in my report, as damaging to children as it might be for a teacher to perform poorly at teaching reading, math, or history, the effects of being a poor mental health professional can be even direr.

Building arguments against SEL on grounds of “reinterpret[ing] normative behavior” also misreads the moment. We should expect increased demands for a public response to a rise in mental health problems among students. It seems beside the point to invoke fears of woke indoctrination to parents whose children are in crisis. The issue is not whether a child needs help but what form and who best to provide it.

Finally, the overlay of social and emotional learning is also inevitably a permission structure to downgrade the academic mission of schools. “Of course, low levels of reading and math achievement are a concern,” we are tacitly encouraging empathetic teachers to think, “but I must first attend to the emotional well-being of our traumatized students.” Or worse, “How can I expect this child to focus on academics after the trauma he’s experienced!”

This suite of concerns—the proper sphere of teachers versus parents, the limits of state monitoring and coercion, mission creep, and diffusion of its public purpose—are sensible enough grounds to question making SEL a central feature of public education. The claims that SEL masks a secret agenda to indoctrinate children, a workaround to inject “banned” content into classrooms, or other conspiratorial theories are distracting and unhelpful to the larger issue at hand.

There is no evidence that SEL is a cleverly-disguised Trojan horse for CRT and other ideological imperatives, even if both creep into SEL. Rather it is indicative of the impressionistic flavor of classroom practice in which there is no common vocabulary or the kinds of generally accepted practices that one finds in other professions from medicine to accounting. There is not even a common understanding of what is a “standard” versus a “curriculum,” for example.

A standard feature of the education landscape are the hundreds—even thousands—of consultants, assessment providers, and curriculum developers acting as camp followers, soaking up the dollars attached to the fads and groupthink. At present, that means adding “equity” to every PowerPoint and sales pitch. Proponents of SEL might be snake-oil hucksters and their customers sold dubious practices, but they’re not architects of an occult plot.

The mistake is in assuming that those ideas and agendas are universally held, advanced by every participant in public education, or done so unknowingly because teachers were duped or indoctrinated in ed school. Outsiders assume far more top-down control of curriculum and classroom content than actually exists. Attempts to paint SEL as a single agenda or to see the hand of a single puppet-master (whether it’s CASEL, the “shadowy” Fetzer Institute, Gloria Ladson-Billings, or another) directing the thoughts and practices of 3.7 million teachers belies the realities of classroom life, where the average teacher enjoys a level of autonomy that would surprise outsiders. The culture of “shut your door and teach it how you want” is alive and well in American education.

None of this, to be clear and emphatic, is a defense of SEL. The expansion of teaching into quasi-therapeutic practices, privacy concerns and intrusion of the state deeper into the lives of children and families, and a further erosion of schools’ academic missions—moving instead towards a conception of them even tacitly as social services agencies—are legitimate causes for serious concern. This case against SEL is not strengthened, however, by connecting dots that aren’t there, a habit that is unpersuasive at best, and conspiratorial and counterproductive at worst.