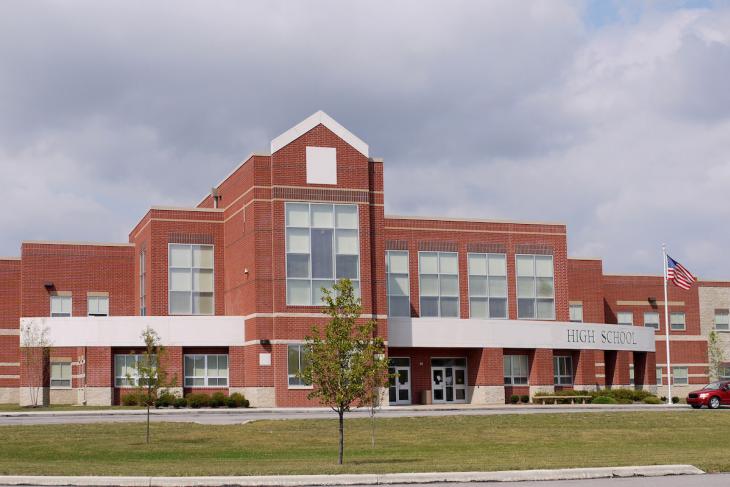 This essay is part of the The Moonshot for Kids project, a joint initiative of the Fordham Institute and the Center for American Progress. This is the final of three parts. The first two explained how educators and ed reformers’ long appetite for school reinvention and holistic reform came together in the early 1990s in a major R & D initiative. The vehicle was a new nonprofit entity named the New American Schools Development Corporation—known as NASDC, commonly referred to simply as New American Schools, sometimes NAS. The conception was magnificent, but the reality would prove something less than that. The organization was bent on transforming existing, district-operated public schools, which is always a heavy lift, whether the existing schools are educational successes or failures.

The NAS teams faced all of these challenges in places like Philadelphia, Cincinnati, Miami, and Memphis. Almost everywhere they went it turned into a slog. This led RAND to conclude (as of 1998) that NAS’s initial aim—to “transform the achievement of large numbers of students with design teams and the assistance they provided to schools”—was “overly ambitious.” Roughly half the schools in the evaluation sample “made gains relative to the district” in which they were located—but the other half did not.

Simply scaling up brought challenges aplenty because the quantity of technical assistance required to transform even a single existing school, particularly one in trouble, proved costly, time consuming, and something best done by sophisticated individuals who were well versed not only in the new design but also in the myriad issues associated with school leadership, education (and municipal) politics, race relations, and organization theory. They also had to be pleasant, patient, tireless—and willing to spend many weeks far from home. If, however, a design team failed to achieve sufficient scale, it wouldn’t have the district fees it needed even to keep operating.

“By mid-1997,” Mirel writes, “NAS was well into becoming more of a clearinghouse than an initiator of reform and was changing the design teams into market-oriented purveyors of educational improvement. NAS increasingly focused on helping the teams become self-sufficient organizations capable of marketing and supporting their products.” Some of them, however, “had virtually no business or marketing experience.” Finances tightened, the more so because “so many of the clients targeted by NAS were low-performing, financially strapped districts.”

Various rescue-and-salvage attempts were undertaken, as was much Washington lobbying, which prompted Congress in 1997 to enact the Comprehensive School Reform Demonstration Program, commonly known (after its lead sponsors) as the “Obey-Porter Amendment.” This opened the federal till to release $150 million “for competitive grants to aid schools in adopting ‘proven’ whole-school reform models,” with the NAS teams widely viewed as the best-established and perhaps the best models available.

They were not, however, the only such, nor was it clear that they were even “proven.” “With the possible exception of Roots and Wings [which built on John Hopkins professor Robert Slavin’s well-established “Success for All” program]”, Mirel wrote, “at the time that Obey-Porter was enacted the NAS designs still couldn’t provide substantial evidence of effectiveness.”

Nor could many others! In 1999, the American Institutes of Research (AIR) published “An Educator’s Guide to Schoolwide Reform,” timed to take advantage of Obey-Porter, which examined twenty-four different whole-school designs in search of convincing data showing that, when properly implemented, they had a positive impact on student achievement. It turned out that just three of the twenty-four had “strong” evidence of that kind—and none was an NAS design. Among the eight NAS programs then still active, only one could boast “promising” evidence, and one other appeared “marginal” in boosting achievement. None of the others could even be rated because they had too little data.

For its part, RAND continued to evaluate the NAS designs themselves, comparing the performance within districts of schools that adopted them to similar schools that didn’t, again using pupil achievement as the marker. Again, the results were equivocal. (Strongest, I’m pleased to report, was the Hudson Institute-based “Modern Red Schoolhouse” team, with which I had a loose advisory affiliation for a time.) Of the eleven schools using its design that fell into RAND’s sample seven surpassed their districts in math gains and eight did so in reading. But taken as a whole, only about half the NAS schools in the study did better than their unchanged district counterparts.

Other problems followed, notably Memphis’s jettisoning of the entire NAS venture in 2001. That large, troubled city on the Mississippi had been by far the largest adopter of these new designs. A dynamic change-minded superintendent with a supportive school board had bought into the “break the mold” concept and induced nearly every school in town to work with one of the NAS teams. But reluctant schools dragged their feet on implementation; budgets tightened; the design teams had to cut back on technical assistance; and politics erupted. The reforming superintendent was ousted. Then so was NAS.

Sadly, similar tales can be recited of many other efforts at large-scale, top-down education change, whether at the municipal, state, or national levels. After an ambitious launch, with great leadership, political support and seemingly ample funding, things begin to go awry. Funding priorities change. Revenues declined. Leaders leave or are fired. Elections happen. And the giant rubber band of American public education follows its inherent need to snap back into its original shape once the external tension is eased.

Three years after being shown the door in Memphis, NAS itself would merge into AIR, which continues today to assist schools and districts in various ways to improve themselves, but which no longer has a unit—at least none that I can spot—dedicated entirely to “whole school reform” via “break-the-mold” designs. Meanwhile, however, NAS’s leaders were busy in the early 2000s, helping their teams strategize, steering some of them into what would become viable self-supporting ventures (sometimes of the for-profit kind), working cannily to persuade Uncle Sam to come up with fresh federal funding for such reforms and, as that money came on line, vetting many of the additional organizations that sought to partake of it.

“Comprehensive School Reform” got renewed traction in Washington, and much fresh money when 2002’s NCLB authorized a new federal program with that name, which lasted through 2005 (with some funds still being expended as late as 2008) and was then succeeded in 2009 by what became a massive federal program of School Improvement Grants (SIG), itself part of the same recession-recovery dollar gusher as “Race to the Top.”

Disappointingly, an evaluation of that multi-billion venture, published in 2017, reported that, taken as a whole, it had no significant effect on student outcomes.

Policy analyst Andy Smarick might well have said “I told you so,” for an important article that he published in 2010 suggested that whole-school turnaround efforts rarely if ever succeed in converting sow-ear schools into silk purses. And a Fordham Institute study released that same year concluded that “low-performing public schools—both charter and traditional district schools—are stubbornly resistant to significant change.”

Yet the dreams never die: the dream that schools can be reinvented through “break the mold” development efforts (see for example the Emerson Collective’s ongoing “XQ SuperSchool” venture, targeted on high schools); the dream that good ideas and proven practices can be amassed into coherent, comprehensive school plans instead of competing, piecemeal reforms; and the dream that chronically low-performing schools can be “turned around.”

Yes, change occurs in schools, often for the better, but it’s almost always gradual and incomplete. Yes, bad schools can often be improved, but seldom totally rebooted. That generally calls for thoroughly replacing staff as well as curriculums, sometimes also replacing at least some of the students, all of which is contentious and politically problematic. Even when most of that happens, it’s no guarantee that the school will produce stronger outcomes—or that any stronger outcomes that it produces for a while will endure. (What happens when, for example, the charismatic new principal departs or the outside “turnaround specialists” go off to work on another basket case?)

After reviewing troves of research, here’s what the federally-supported What Works Clearinghouse concludes about “comprehensive school reform”:

CSR programs can modestly improve student achievement in most circumstances. Effects appear strongest after CSR has been implemented for several years…. Research suggests that schools can best implement CSR by fitting it to their circumstances, selectively pursuing cohesive reforms, and building time and resources for CSR into regular operation. The professional development component of CSR appears most effective when teachers and administrators share leadership and focus on evidence-based practices…. High costs and maintaining political will and buy-in from school districts, principals, and teachers are challenges to implementing and sustaining CSR programs over the long time horizon needed for change. Research indicates that most schools pursuing CSR do not fully implement it.

Yet there were more chapters to follow, for just coming into view as NASDC launched, and continuing today at the remarkable scale of 7,000 schools, the vast majority of them “start from scratch,” and primarily dedicated to improving the education of poor and minority children, was the phenomenon of public charter schools. It has always faced resistance—that rubber band yearns to snap back—and its performance to date ranges from appalling to astonishing, but charters look like they’re here to stay. And the federal government’s support in developing and scaling that particular reform has been important. In a later piece, I’ll have more to say about that.