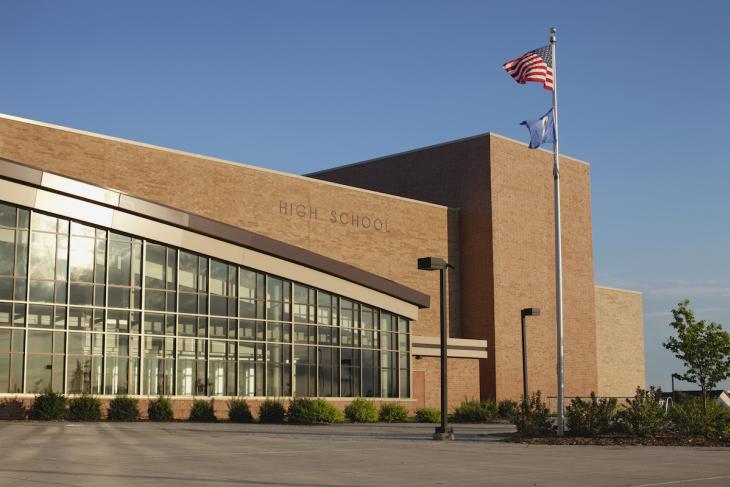 This essay is part of the The Moonshot for Kids project, a joint initiative of the Fordham Institute and the Center for American Progress. It will run in three parts, with the second and third appearing in the next two issues of the Education Gadfly Weekly.

Educators and ed reformers have long been tantalized by the dream of “reinventing” the school. “If only we could break away from this industrial-style arrangement,” goes the usual refrain, “with its boxy classrooms, batch-processed students, and rigid bell schedule, and create totally different schools that are better suited to modern times and to children’s needs.”

History shows that schools have actually changed from time to time, albeit in ways more incremental than revolutionary, as American education has evolved from the one-room schoolhouses of the frontier to include the “comprehensive” high schools envisioned by James B. Conant and others in the 1950s. Since then, we’ve seen numerous efforts to take down walls and open up spaces, to experiment with different schedules and calendars, to install at least a modicum of modern technology, to bring sundry social services under the school roof, and more. Yet across the land today, it’s still generally true that one’s children and grandchildren are being educated in schools, both public and private, that resemble far more than they differ from the schools of one’s parents and grandparents. Thus, the oft-stated quip that if Rip Van Winkle awoke today from a century-long snooze, the only institutions that he’d recognize would be schools and churches. If only we could truly reinvent rather than tinker!

A second powerful impulse animating education reformers in recent decades has been the desire to design a “coherent” model of schooling that would meld the best evidence of practices that work and thereby put research into practice in holistic rather than piecemeal fashion. The piecemeal approach typically identifies something that seems to work—a curriculum, a pedagogy, a management technique, a program—and then gets a state or district to require its schools to implement that marvelous thing. Yet a nonstop parade of piecemeal reforms tends to make teachers and principals cynical and resistant—Rick Hess writes of “Spinning Wheels”—and pulls educators and administrators in too many directions at once, answerable to too many bosses, dependent on too many “categorical” funding streams, accountable for too many different things that may even conflict with one another, giving rise to “Christmas tree” schools. Far better to start anew, amass the best evidence, and create a coherent whole school model. (The parallel impulse at the macro level yielded the quest for “systemic school reform.”)

Reformers have also long been driven by the need to find promising ways to “turn around” failing schools, a need that intensified after enactment of No Child Left Behind in 2002. Along with that law’s mandatory standards and testing came accountability requirements whereby schools that chronically failed to produce adequate achievement in some or all of their pupils got labeled as “in need of improvement.” Such a label triggered a volley of plans and interventions, “corrective actions,” and, ultimately, “restructuring.”

Labeling aside, the federal requirements—now loosened but not eliminated in the Every Student Succeeds Act—added to the desire, and sometimes the obligation, of education leaders, reformers, and elected officials to deal forcefully with chronically weak and perhaps totally dysfunctional schools. Either shut it outright—always hugely controversial and politically risky—or completely overhaul it.

This, however, has proven extremely difficult to accomplish.

Though much of the turn-around ardor came later, the appetites for school reinvention and holistic reform came together in the early 1990s in a major R & D (mostly D) initiative known as “New American Schools,” which also tapped into the country’s affection for “public-private ventures.” Such fusions of effort and resources are a familiar strategy for developing and propagating promising innovations, products, and models.

There’s much blurring in the public-private realm, and New American Schools was one of the larger, more interesting—and arguably blurrier—examples. As an idea, it was unveiled in April, 1991, when President George H.W. Bush and Education Secretary (now Senator) Lamar Alexander set forth their “America 2000” strategy to jump-start education reform in the United States in general and, in particular, propel the country toward meeting the lofty national education goals that the president and governors had recently set “for the year 2000.”

Bush and Alexander were aiming high. The president spoke of America 2000 as winning a “battle for our future.” Alexander termed it a “crusade.” And it had multiple dimensions, including some that would prove contentious both then and on Bill Clinton’s watch (and even today), such as national academic standards and exams (though the GOP team hastened to note that these would be optional for states.) Its centerpiece, however—that was Bush’s word for it—was nothing less than to “break the mold. Build for the next century. Reinvent—literally start from scratch and reinvent the American school.” Then send the new models all around the country, so people could see them in action and want more of them for themselves—and also deploy them as part of needed school turnarounds. How much better, after all, to set about to overhaul a troubled school when you have in hand a glittering and proven model of how the rebooted school should look and function.

Talk about an education moonshot!

The vehicle was not to be a rocket ship, however, but a new nonprofit entity named the New American Schools Development Corporation—known as NASDC, commonly referred to simply as New American Schools, sometimes NAS. Initially chaired by ALCOA CEO (later Treasury Secretary) Paul O’Neill, its board included many of the leading lights of American business, and its private fund-raising, after a harder-than-expected start, ultimately brought in some $130 million of the hoped-for $150 million development fund. (Publisher Walter Annenberg helped greatly with a fifty-million-dollar gift in 1994.)

NASDC’s original “theory of action” was to contract with “three to seven R & D teams,” which would then assist communities across the land to create break-the-mold schools, at least one (Alexander intended) in every Congressional district. The hope, obviously, was that these schools would be so exciting and successful that communities would want—and then create—many of them on their own, using their own resources augmented by federal dollars that would flow from the inspiration and appetite that the thrilling new designs would generate.

As historian Jeffrey Mirel wrote in 2002 in what amounted to a slightly premature obituary for the decade-long venture:

The idea was to apply a research-and-development model to a sector that too often fell for romantic—and untested—notions of how schools and learning should be structured. NASDC’s early leaders were determined to apply a no-nonsense business approach to their efforts, to create an organization that was as lean and agile as the corporations they led. New American Schools would be less bureaucratic and more aggressive in responding to new ideas than the typical government agency or major foundation. Moreover, NASDC would be a sort of venture capitalist for education, constantly evaluating its investments and continuing to fund only those designs that proved their effectiveness.

The conception was magnificent, but of course reality would prove something less than that.