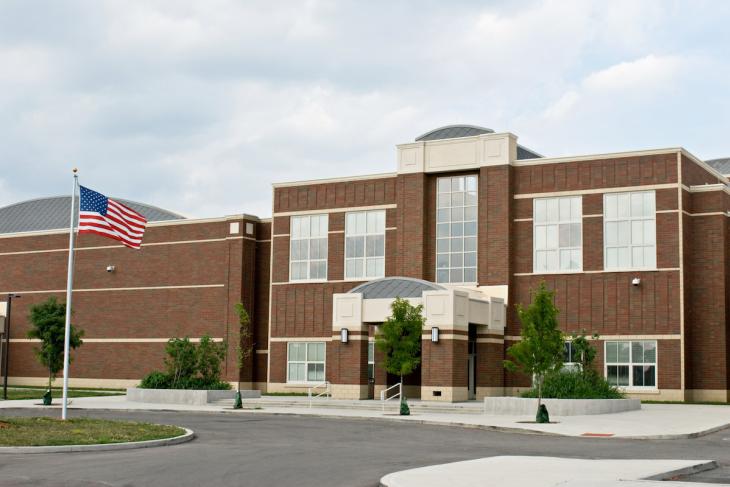 This essay is part of the The Moonshot for Kids project, a joint initiative of the Fordham Institute and the Center for American Progress. This is the second of three parts. The first ran last week, and the third will appear in the next issue of the Education Gadfly Weekly.

Part I explained how educators and ed reformers have long been tantalized by the dream of “reinventing” the school. “If only we could break away from this industrial-style arrangement,” goes the usual refrain, “with its boxy classrooms, batch-processed students, and rigid bell schedule, and create totally different schools that are better suited to modern times and to children’s needs.” A second powerful impulse animating education reformers in recent decades has been the desire to design a “coherent” model of schooling that would meld the best evidence of practices that work and thereby put research into practice in holistic rather than piecemeal fashion. The appetites for school reinvention and holistic reform came together in the early 1990s in a major R & D (mostly D) initiative. The vehicle was a new nonprofit entity named the New American Schools Development Corporation—known as NASDC, commonly referred to simply as New American Schools, sometimes NAS. The conception was magnificent, but of course reality would prove something less than that.

Bush and Alexander were soon out of office and, while the Clinton team wasn’t hostile, it was more interested in what government could do to help attain those ambitious national goals (which then-Arkansas governor Bill Clinton had played a large role in formulating) than in a private sector venture funded and initially led primarily by wealthy Republicans. Moreover, as NASDC ramped up, it needed staff, procedures, credibility, and other imperatives that destined it to resemble a large nonprofit organization more than a nimble venture-capital firm.

The original plan evolved into a still-ambitious “design competition” whereby NASDC would fund design teams that would develop break-the-mold school plans that the teams themselves would then, in effect, advertise to communities and states. When a team found a taker for its plan, it would provide much technical assistance to the client district so that the novel design might be properly implemented.

Additional federal funds might one day flow for this purpose—and eventually they flowed generously—but the public-education market would decide, which at the time meant that traditional school districts would be the main customers for those teams. (The country’s first charter school opened in 1992.) NASDC would underwrite development of the new models and help publicize them, thereby seeking to build some interest, but the teams that created the supply would have to become entrepreneurial in connected what they designed to places with the desire and the means—political and fiscal—to put it into practice. As Jeffrey Mirel noted, “at some point these design teams would need to become self-sustaining, taking fees from school districts in return for their expertise.”

The competition to become a NASDC-funded designer proved to be quite a big deal, attracting nearly 700 initial applicants, which reviewers ultimately winnowed down to eleven winners, nine of which received multi-year financial support for their work.

Although Mirel reports that “The popular and media response to the NASDC initiative was generally upbeat and positive,” there was also criticism. Some came from the left, “primarily from liberal critics of the Bush administration,” asserting that this was the work of “right-wing ideologues and privatization advocates” and/or that needy children, poor districts, and minorities would be neglected. “You can bet,” cautioned former U.S. education commissioner Harold (“Doc”) Howe II, “that, when these parties get together, they will spend little time in making a diverse society work.”

Education historians David Tyack and Larry Cuban, whose acclaimed book, Tinkering Toward Utopia, came out in 1995, fretted that New American Schools would turn out to be yet another of the many “reinvention” efforts over the years that turned out to be “shooting stars that spurted across the pedagogical heavens, leaving a meteoric trail in the media but burning up and disappearing in the everyday atmosphere of the schools.”

From the right came a different concern that Mirel says proved more “prescient”: that the RFP and selection processes were “skewed to ensure the choice of safe rather than break-the-mold designs,” would reward experienced grant-writers, and would wind up funding established organizations that would not, in the end, do anything that was truly novel or that would produce dramatically different results.

The winning designs, for the most part, did indeed come from established outfits headed by familiar education names and, says Mirel, “were notable mainly for their use of progressive rhetoric in describing their approaches.” His summary of their plans is replete with concepts and terms that remain much in vogue a quarter century later, from “interdisciplinary,” “authentic,” and “community based” to “learner centered,” “active inquiry,” and “multicultural.” Several designs sought to replace traditional age-based, year-at-a-time grade progressions with multi-age groupings and plans to move students forward when ready.

If fully and skillfully implemented as designed and at scale, most of these designs would have, if not exactly shattered the mold, certainly placed children in schools that were different from the norm of the 1990’s—and from the vast majority of today’s schools as well. Contrary to concerns raised from the left, the teams focused on disadvantaged, urban communities and on helping kids whose achievement needed a major boost. When RAND conducted a three-years-into-implementation review of seven designs, it noted that their teams had “partnered with schools and districts that are characterized by a host of problems related to poverty, achievement, and climate characteristics.” In other words, they weren’t headed to cushy suburbs or other places where the going would be easy!

The focus on disadvantaged youngsters and their schools, while morally justified and politically appropriate, did raise the long-standing question of whether “progressive,” child-centered education such as most of the NAS teams were committed to is an optimal approach for addressing the education needs of such kids. A robust line of research suggests that students who don’t get a lot of structure and systematic knowledge outside school tend to do better with structured, sequential, knowledge-rich curricula and instruction—hence the impressive success of “no-excuses” charter schools and their ilk, such as New York City’s Success Academy—while more progressive pedagogies may work better with children who have plenty of order in their lives, books in their homes, etc. In other words, it’s possible that the school designs emerging from most of the NASDC-supported teams were less than perfectly suited to their target audience. (It also strikes me, in retrospect, that the educational needs of disadvantaged youngsters would better have been met by enrolling them in traditional Catholic schools than by “breaking molds” and “innovating.”)

In any case, the very elements that made the targeted schools and communities needy and deserving of help also meant that, in RAND’s phrasing, “To scale up the designs or replicate implementation in these sites is extremely difficult.”

Unlike charter schools, which were only just coming into view, and unlike the original plan for Chris Whittle’s Edison Project (another privately financed initiative—this one profit-seeking—to “break the mold” in K–12 education), which concentrated on creating brand new schools, the NASDC teams were bent on transforming existing, district-operated public schools. And that’s always a heavy lift, whether the existing schools are educational successes or basket cases. In the former situation, “it ain’t broke,” so why change it? In the latter situation, it’s tantamount to taking an education sow’s ear and striving to turn it into a silk purse. That’s hard under any circumstance; harder when resource levels are level and the staff remains in place; and hardest in schools and districts that may not be particularly well led, probably not well financed, and most likely shackled by politicized school boards, turbulent communities and rigid union contracts.