The negative effects of student absenteeism: From bad to worse in a pandemic 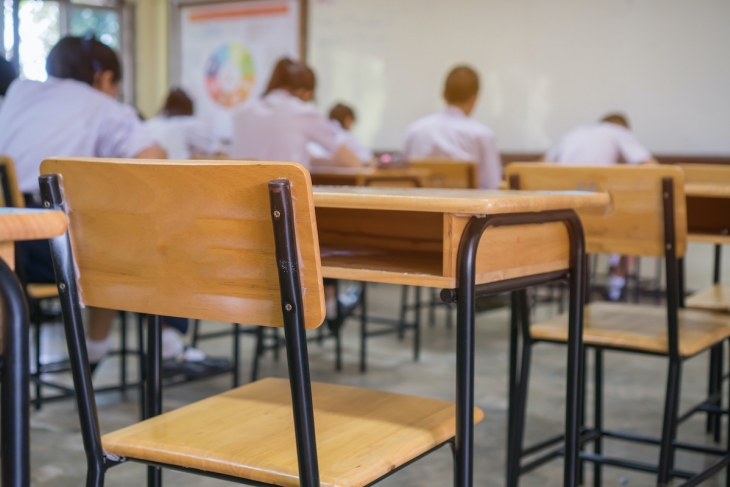 Predicting the effects of pandemic-related disruption on students’ education is a vital but fraught pursuit. A recent working paper from the Annenberg Institute attempts to extrapolate the potential effects of Covid-era student absenteeism—a problem which went from bad last spring to possibly worse in the fall—on students’ academic and social-emotional development using data from pre-Covid times. The results are sobering.

Researchers from the University of California use administrative data from six large districts in the Golden State to estimate the impact of absenteeism on both academic and social-emotional learning (SEL) outcomes. Data cover the school years from 2014–2018 for students in grades three through twelve. Academic outcomes were measured via Smarter Balanced test scores in math and English language arts,in which the tested grades are three through eight, plus grade eleven. Social-emotional data came from self-reported student surveys given in grades four through twelve, measuring four SEL constructs: self-management, growth mindset, self-efficacy, and social awareness. Additionally, the researchers collected attendance data—including suspensions and expulsions—and demographic information on the nearly 600,000 students in the sample.

They used a student fixed effects model to control for as many unobserved factors impacting outcomes as possible and found that, on average, students were absent from school 7.4 days in a regular school year—a little less in middle school, and a bit more for high schoolers. Absenteeism rates also varied by subgroup, with Black students, students with disabilities, English language learners, and homeless students absent more often on average than their peers.

Unsurprisingly, their findings concurred with prior research showing that increased absenteeism has clear negative effects on students’ test scores, although the nuances and variations around these effects are interesting. For example, absenteeism affected students’ math performance more than it did English language arts (ELA) performance. Being away from school for ten days resulted in a 5 percent of a standard deviation loss in ELA compared to an 8 percent of a standard deviation loss in mathematics. Negative academic effects were also larger in middle school than in elementary grades, and were more pronounced for certain subgroups of students—those who qualify for subsidized meals, those with disabilities, and homeless students, although not for English language learners.

This research covered some new ground in terms of the effects of absenteeism on social-emotional learning. The study suggests being absent from school harms students’ SEL skills in much the same way it does academic skills, across all four constructs measured. Interestingly, middle schoolers’ SEL outcomes were more negatively affected than among students in elementary and high school. Absences were detrimental for all subgroups, however, although to varying degrees.

The study sample was not nationally representative, and the SEL data came from self-reported surveys, yet the negative relationship between absenteeism and student outcomes seems reasonably clear as well as unsurprising. What’s worse, these deleterious effects were observed during “normal” school years. As EdWeek recently reported, absences have doubled during the pandemic for students across the board, whether in fully-remote, in-person, or hybrid learning environments. Also concerning is that mounting absenteeism likely disproportionately comprises at-risk students.

Given the devastating toll the pandemic has taken on families, students, and schools across the nation, figuring out how to reach these lost students and make up for lost time will be critical in the months and years ahead. This study is one more grim piece of evidence about how much may be at stake.

SOURCE: Lucrecia Satibanez and Cassandra Guarino, “The Effects of Absenteeism on Cognitive and Social-Emotional Outcomes: Lessons for COVID-19,” retrieved from Annenberg Institute at Brown University (October 2020).