Must we battle over civics education? 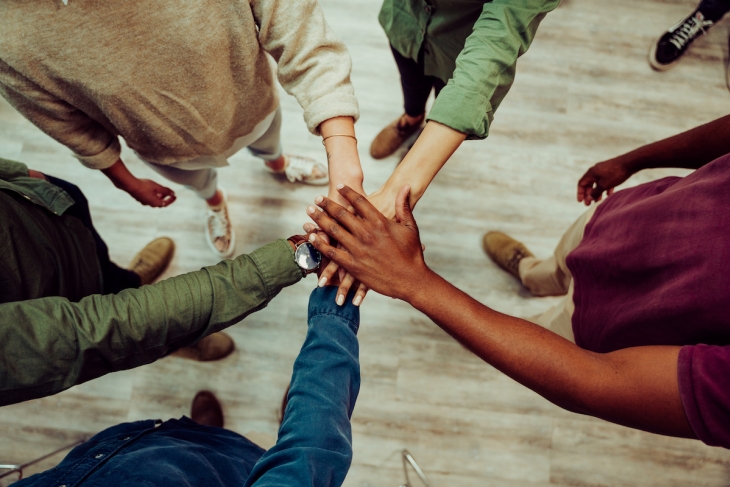 In a way, the battles we’ve seen in recent years over what to teach schoolkids in civics class resemble the war in Ukraine: They’re wholly unnecessary—and may be entirely the work of aggressors.

The American public is divided over many issues. Certainly our politicians are. Culture wars abound in the K–12 world, too, including touchy aspects of school management and curriculum, what should be in school libraries, above all issues bearing on sex, gender, and “gender identity.”

Yet more than you probably realize, Americans are mostly of one mind when it comes to civics education. Here’s some of the evidence, starting with parents, cribbed from a June 2021 piece by Anna Saavedra:

Between mid-April and the end of May 2021, the University of Southern California Dornsife Center for Economic and Social Research asked 1,510 K–12 parents from the nationally representative Understanding America Study (UAS) how important they feel it is for students to learn about civics education topics in school. As we show in Figure 1, we found parents across political parties feel it is important or very important for students to learn about how the U.S. system of government works (85 percent), requirements for voting (79 percent), the U.S.’s leadership role in the world (73 percent), the federal government’s influence over state and local affairs (72 percent), how students can get involved in local government or politics (71 percent), benefits and challenges of social programs like Medicare and Social Security (64 percent), and contributions of historical figures who are women (74 percent) and racial/ethnic minorities (71 percent).

No, it’s not unanimous, it’s just big percentages in favor, percentages that for the most part cut across political lines.

Support for teaching some topics is a bit more tepid—and partisan—among parents:

Lower proportions of Republican parents deem important discussion of topics including the U.S. leadership role in the world (67 percent), federalism (64 percent), social programs (54 percent), how students can be involved (65 percent), and contributions of women (65 percent) or racial/ethnic minorities (60 percent). But the clear majority of parents across political parties feel learning about each of these topics is important for students.

As for the broader public, support for teaching key topics is even stronger:

Parents and the adult population more broadly, overwhelmingly, support the schools educating students about the rights and responsibilities of citizens, no matter their political leanings, and the majority of U.S. adults across parties also feel children should be discussing political issues and racism at school.

I declare that the civics-curriculum glass is considerably more than half full and could be the basis of agreement rather than conflict.

No, you don’t have to see it that way, and some folks would rather not. Some love culture wars and earn their livings and get their grants by fanning flames, picking fights, calling names, donning armor, and lobbing arrows, missiles, and fireball drones into what they want you to believe are enemy camps.

Such warriors can peer at the Republican numbers above, for example, and declare that barely half want to see kids taught about racism and hot political topics, thus leaving plenty of room for conflict.

And conflict we do have. Look, for example, at last week’s brouhaha in Colorado over civics standards for K–12 schooling in the Rocky Mountain State. After much debate, the state board of education’s four-person Democratic majority rejected the three Republicans’ proposal to substitute the “American Birthright” civics standards for those that the state has been using (and is currently overhauling).

When writing or rewriting their academic standards, regardless of subject, states typically empanel large committees of educators and others to go through draft after draft, seeking agreement on what that state’s young people should learn—and its public schools should teach—every year from kindergarten through high school.

Colorado has such standards in ten subject domains—and its standards for “social studies” contain separate strands for all of the four core disciplines: history, geography, economics, and civics.

When Fordham’s reviewers recently reviewed Colorado’s civics standards, they were underwhelmed, assigning an overall grade of “D,” terming them “inadequate,” and stating that “they fail to specifically reference essential content, and the sporadic lists of persons or events that accompany the broad grade-level expectations don’t delineate a proper scope or sequence.” (The U.S. history portion of Colorado’s standards rated another “D.”)

State lawmakers weren’t happy with their standards, either, and mandated an overhaul.

What to do? The Colorado state board has been struggling as every homegrown draft of new social studies standards has come under fire from one direction or another, often slammed for paying insufficient attention to some favorite group or issue.

So why not import a fully-formed set of standards from outside? That’s what the R’s on the board suggested, and the set they chose to promote, dubbed “American Birthright,” is the product of the “Civics Alliance,” a loose-knit body of several dozen organizations and many individual advisors, experts, and public officials, pulled together by the National Association of Scholars (NAS).

It’s important to note that, while American Birthright flies the flag of “civics education,” its 115 pages of actual standards incorporate hefty doses of history, geography, and economics, too, in that respect paralleling Colorado’s approach to social studies.

Many of those involved in the Civics Alliance are proud conservatives and “American Birthright” undeniably arrives with a big conservative chip on its shoulder. This starts with ringleader David Randall, who is the NAS research director and has made something of a career in recent years denouncing other civics-reform ventures, such as Educating for American Democracy (EAD) and its “roadmap for excellence in history and civics.” I think well of EAD myself, applaud its valiant effort at consensus-building, and have served on a couple of its committees. Randall, however, calls it “the central political-administrative push to reshape American civics education into a radical mold.” (He has also denounced the Fordham civics and history review that gave Colorado a pair of “D”s.) So yes, he qualifies as a card-carrying culture warrior, and so do some advisors to “American Birthright.”

It also bears noting that the fourteen-page introduction to that document is something of a screed, denouncing the teaching of “skills,” as well as “civic engagement,” inquiry-based learning,” “social-emotional learning”—and “virtually any pedagogy that claims to promote ‘diversity, equity, and inclusion’ or ‘social justice.’”

You can see them spoiling for a fight, eager to get into the ring with EAD and others that push hard for “inquiry” and “critical thinking” and suchlike.

But here’s the thing. When we dig into American Birthright’s voluminous standards themselves, I doubt that the typical American (or parent) will find much of anything there that they disagree with or think ought not be taught to and learned by U.S. school kids. Nor is it just a dry list of names, dates, and places to memorize. Far from it. Despite the rhetoric of its introduction, the grade-by-grade standards are full of such thought-provoking expectations as “Explain the characteristics of the American republic, including the concepts of popular sovereignty and constitutional government, which includes limited government, representative institutions, federalism, separation of powers, shared powers, checks and balances, republican virtue, and individual rights of life, liberty, property, and due process” (for fourth grade), and “Identify and explain the meaning and importance of civic dispositions or virtues that contribute to the preservation and improvement of civil society and government” (for twelfth grade).

Yes, much of it is “factual.” It is in many ways the flip side of EAD, which is all about posing questions that students should wrestle with and work to answer. American Birthright might be described in significant part as supplying answers to hundreds of such questions, supplying the “stuff” that would enable kids to wrestle successfully. It’s possible even to see the two ventures as complementary. Each can be faulted for what it leaves out. Both should be praised for how much farther they would take us toward a society in which high school graduates actually know something about how their country works, what have been its strengths and weaknesses and successes and failures, and why they should care about these things and work to make them better.

We could, if we really wanted to, work to unify, to consolidate, to compromise, and to agree on what kids should learn in realms like civics. I don’t mean it should be exactly the same in Oregon, Virginia, and Arizona, or in Cleveland, Fort Worth, and Seattle, but they’d have a lot more in common than they’d be different. That’s what the American public appears to think.