Most parents want to cancel school until the spring, finds a new Harris Poll study 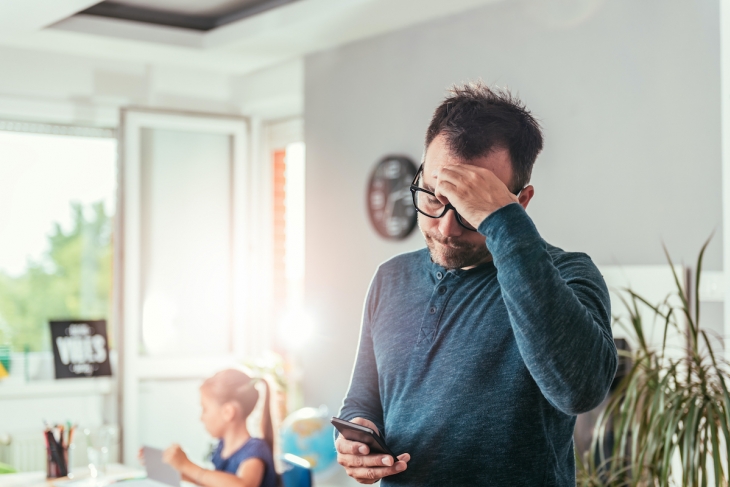 A newly released study by The Harris Poll fielded during the first week of August finds that 57 percent of parents of school-age children “wish schools would just cancel this fall and re-open in the spring.” An even higher percentage of fathers—63 percent—say so. These sentiments likely reflect both the extent of frustration with the quality of remote learning last spring and a lack of trust in schools’ ability to facilitate safe, full-time, in-person learning.

This nationally representative online survey of more than 1,000 parents of five- to seventeen-year-olds posed questions related to the 2019–20 and 2020–21 school years, focusing particularly on effects of the Covid-19 pandemic.

During the spring school closures, 60 percent of parents report that their enrolled children spent three hours or less on school work on a typical day. And just 15 percent spent six or more hours. Moreover, almost half of all parents, 46 percent, appear to be OK with capping daily schoolwork at three hours or less in the fall. This all bolsters concerns about academic losses caused by remote learning, suggesting that an inferior method of delivering instruction will likely be made worse by less time spent on schoolwork.

And indeed, remote learning is going to feature into the vast majority of children’s education in the fall, as only 23 percent of families (among those who had been notified by the time of the survey) report that they even have the option of fully in-person schooling, and only 21 percent would choose it—if available—as the ideal instructional method. Forty-three percent prefer that schools be all virtual, and 36 percent favor hybrid.

These data suggest that parents are prioritizing health over learning and that they don’t trust schools to create and maintain safe environments. When asked what their biggest concerns were about the upcoming school year, the leading answer among parents with children entering school this fall—61 percent—was the child’s mental health. Next, at 59 percent, was their physical health and safety. A majority also reported being concerned about harm to their children’s education, social lives, and extracurricular activities. And 58 percent of parents say they will have to make, or have made, tough decisions about staying in the work force or staying home if schools don’t offer in-person instruction in the fall. Yet they still overwhelming reject fully in-person learning.

The survey results also suggest that more parents than ever are willing to make big changes to their children’s education this school year in response to the pandemic and its effects. Fourteen percent of parents report participating in learning pods, for example, which have gotten a lot of press lately. And a whopping 18 percent of moms and dads plan to change schools or switch to homeschooling this year.

No matter the metric, parents are clearly unsure how to balance health and learning, and are frustrated by the uncertainty surrounding Covid-19 in America. Perhaps that’s why a strong majority wish schools would just cancel fall school, and pick it up in early 2021: It would really simplify things. It would also, of course, complicate already disturbing learning gaps.

Note on the survey method: The survey was conducted online within the United States by The Harris Poll from August 4–7, 2020, among 1,002 parents of children ages five to seventeen (“school age children”). Results were weighted for age within gender, region, race/ethnicity, household income, education, and size of household where necessary to align them with their actual proportions in the population. Propensity score weighting was also used to adjust for respondents’ propensity to be online. Full results are available from The Harris Poll upon request.