More dumb things done in the name of educational “equity” 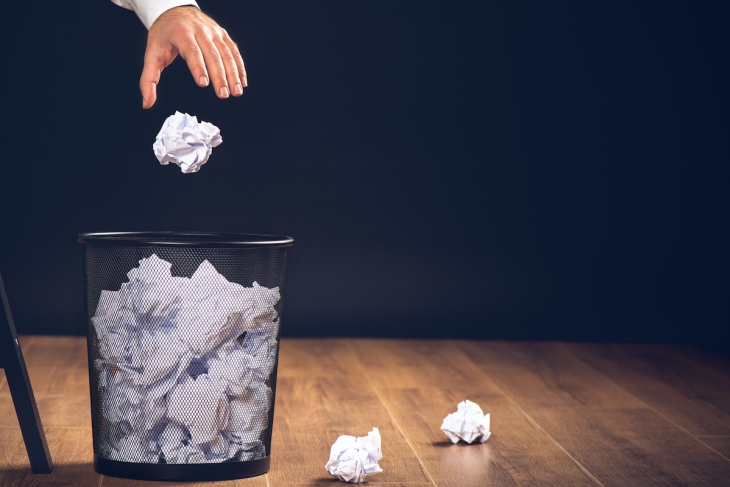 Parents across the country are up in arms over their school systems’ equity initiatives. To be clear, this is not “equity” as I came to define it when I started teaching nearly a quarter century ago. No, in the late nineties, “equity” was commonly understood as keeping a focus on outcomes and holding all students to high expectations, especially those living in marginalized communities. Indeed, the term so defined was the coin of the realm among education advocates of all stripes. Since then, however, “equity” has been slowly bastardized and adulterated to such ill effect that it’s been rendered almost bankrupt of meaning.

This insolvency was underscored in a new episode of the 8 Black Hands podcast titled “Dumb things done in the name of equity.” The show examined recent examples of actions taken in schools with the purported goal of benefiting students. From purposely segregated classrooms to privilege walks, the four co-hosts—Ray Ankrum, Charles Cole, Sharif El-Mekki, and Chris Stewart—offered their analyses and critiques of what’s been happening amid our raging culture wars and currents of negative partisanship. By my lights, the pandemic has unwittingly provided cover to further erode what little currency “equity” has left. Three examples from this summer come to mind:

Ditching grades in California. The first is an emergency statute that was signed into law in July requiring all districts in the Golden State to allow high school students to erase any letter grade received during the last academic year and instead receive a Pass or No Pass. Shifting a letter grade to pass/fail likely increases a student’s GPA—a critical part of a college application, and more so in California, where most post-secondary institutions no longer require SAT or ACT scores. There are no limits to how many course grades or which courses can be changed in this way. Notably, some parents are not even aware of the new law. And can you guess which families those are likeliest to be?

This well-meaning but misguided policy attempts to “show grace” to high school students, especially those from low-income backgrounds, who spent most of the year online wrestling with a subpar educational experience. This diktat fails, however, to recognize the unintended consequences pointedly observed by Doug Lemov: Doing away with grading usually benefits those least in need. In this case, the students who are able to whitewash their poor marks are skewing an already imperfect process to their own advantage.

Ditching graduation standards in Oregon. Look no further than California’s neighbor to the north to find how prevalent the impulse has become to lower the bar for Black and Hispanic students. Last month, Oregon’s governor quietly signed a bill that allows students to graduate without proving that they can write or do math. A spokesperson explained that the new law provides for “equitable graduation standards, along with expanded learning opportunities and supports.” This lavish trafficking in feel good language shouldn’t fool anyone in light of the danger that Oregon’s new policy poses to students.

AEI’s Rick Hess has (as usual) penned a scathing piece that’s exactly on point. “It’s hard to think of a policy more threatening to minority kids than the insistence that it’s okay for them to graduate without being able to read.” What’s worse, proponents of the law seem to have used their ideological distaste for standardized tests as justification for their “reform,” no matter that Beaver State students have had multiple ways to demonstrate mastery of standards and need not pass any exam to graduate. One would be hard pressed today to find another state plumbing lower depths when it comes to failing to meet its basic obligations to students and families. But tomorrow may show that we haven’t yet reached the bottom.

Trying to ditch academic testing in New York. Not to be outdone, a group of teachers in the Big Apple just launched a bid to ditch academic testing, among other items, via an online petition that has already exceeded its initial goal of five thousand signatories. The group calls for “no academic screening/diagnostic assessments for so-called deficit of learning/learning loss.” Making no effort to obscure their true intent, they add, “We desire a pause in required high stakes state standardized testing until performance-based alternatives are explored.” Their message seems to be, “Never mind the billions in dollars of academic relief Uncle Sam is pouring into our schools. Just take our word for how your kids are doing ‘because equity.’”

This episode is as callous as it is grotesque. The petitioners have threatened to walk if they don’t get their way—this after two years of disrupted learning in Gotham schools. It takes a particularly virulent strain of unscrupulousness to issue ultimatums after all the trials and tribulations that parents and students have recently suffered. As in California and Oregon, “equity” is being deployed here as a smokescreen, but the academic needs of children are nowhere to be found.

When it comes to doing what’s best for America’s neediest students, these three incidents make it seem as if some have thrown in the towel. To be fair, Covid-19 has exerted pressure on schools and systems in unprecedented ways, but that’s all the more reason for elected leaders and officials to stand up for students. What’s more, those who attack objective measures of merit while flying the flag of “equity” would do well to consider the long-term ramifications—an admonition that Stewart voiced at the close of the podcast:

How many of our kids are actually leaving your schools capable of doing something in the world that changes all the numbers we care about: homeownership, jobs, income, business development, ability to get government contracts and loans, and qualifying for things that require qualifications?… [I]f [what schools do in the name of equity] doesn’t end up with us with more capital somewhere down the line, it’s nonsense.