Miguel Cardona is a blank slate 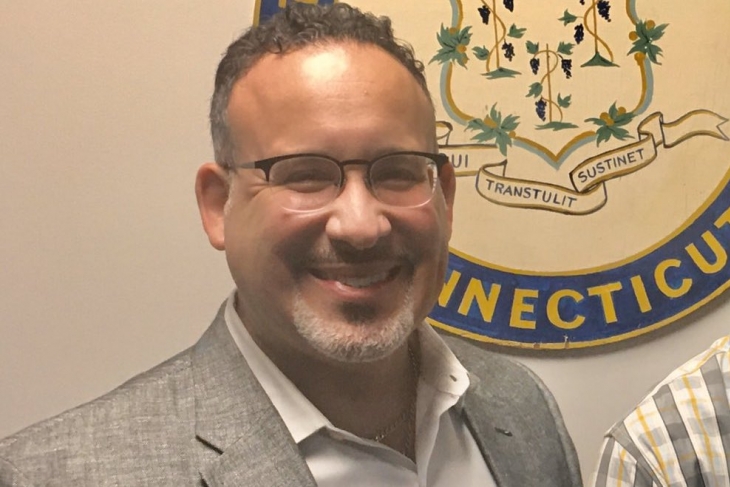 When the news broke last month that Dr. Miguel Cardona had been tapped to be the nation’s next education secretary, a friend of mine texted me asking, “Have you heard of him?” To be honest I hadn’t, but it wasn’t an entirely unreasonable question. Back in the early aughts, I was an elementary school principal in New Haven, twenty miles south of Meriden, where Cardona was plying the same trade over at Hanover Elementary School. While it’s possible our paths may have crossed at any number of state functions, I couldn’t say for certain. What struck me was how reform enthusiasts and union sympathizers alike quickly locked arms around the selection.

Indeed, the gravity defying reception to Cardona was something of a Christmas miracle. The AFT wrote of his potential in leading a “renaissance” following “years and years of the school wars.” Andy Rotherham described the nomination as an offering of a “détente” while Rick Hess called the pick a “clever play.” Democrats for Education Reform declared Cardona a “strong advocate for equity” and, not to be outdone, Diane Ravitch opined that he is “very decent” and not a “fake reformer” (a curious sort of compliment). It was as if Cardona had inoculated the education policy world against the bitterness between pro- and anti-reform camps and the virulent effects of longstanding distrust and animosity.

It’s early to be sure, though it’s difficult to see how any education secretary can be entirely effective in the face of education’s well established divides. Still, at a time when many crave healing and unity, there’s reason for encouragement given Cardona’s personality and personal history. Three things in particular will be worth watching upon his likely confirmation as the twelfth U.S. Secretary of Education.

First and foremost is the question of safely reopening schools. The feds can play a lead role by providing a new coronavirus aid package—on top of the one President Trump just signed—that among other things enables states to invest in the infrastructure required to guard against the virus’ spread. As it stands, schools have taken a scattershot approach, shaped more by politics (including union politics) than by data, that has left many frustrated and confused. Uncle Sam should do more via resources and guidance to bring greater cohesion and improve the likelihood of more schools reopening.

To his credit, Cardona has been an advocate for in-person instruction, but of the myriad challenges involved (e.g., proper ventilation, PPE supplies, ever-evolving health and safety protocols), none may be more daunting than the “last mile problem”: With vaccine distribution now underway, Cardona would do well not to underestimate the formidable step of getting it into the arms of hesitant teachers, administrators, and support staff.

Consider some of the early warning signs. The vaccine rollout has thus far been slow and cumbersome in part because state departments of health were already overextended by the Covid-19 response effort. At the same time, anti-vaccine activists have begun a deliberate campaign to erode public trust by spreading propaganda and preying on fears. Taken together with major media outlets irresponsibly covering every allergic reaction as news, a skewed perception of risk could soon set in. To wit, the president of the Clark County Education Association, representing the fifth largest district in the United States, recently said, “Some don’t want to go back unless there is a vaccine, and others absolutely don’t believe in it.” The head of the California Teachers Association added, “We need to be sure it’s safe and there are no lasting side effects.”

But whether teachers are vaccinated shouldn’t hold up schools from reopening. Ten months into the pandemic, we’ve learned that the initial emphasis on coronavirus transmission in schools was largely misplaced and that the risk of spread is significantly lowered when appropriate mitigation measures are put into place. However, the current predicament for students and families will stretch out indefinitely if too few educators are inoculated. Recognizing this, Cardona could play a significant part in diffusing the anxiety by staying vigilant and pulling out all the stops to inspire schools and systems to get back into buildings. It also wouldn’t hurt for Cardona himself to get vaccinated in public as a way to lead by example.

Next is the contentious issue of annual assessments this year and beyond. To be fair, testing opponents have made some legitimate arguments against testing during Covid-19. Namely, that it’s virtually impossible to do if kids aren’t back in school, and even if they are back, there’s a question as to whether precious time should be spent on testing. Yet the data provided from state assessments are arguably more important than ever in light of what students have been through, especially those living in marginalized communities, which have been deeply affected. Without it, states won’t have a valid way to honestly confront what they’re dealing with.

Cardona’s state department of education defended testing last fall, but it’s anyone’s guess how he might react in the face of the full-court press expected in state legislatures to halt it once again. Cardona should heed these concerns and press ahead with state testing, but consider easing off on accountability requirements for the time being.

Finally, all eyes will be on how Cardona handles the competing interests of charter school supporters and skeptics. Amid the sweltering hothouse of today’s politics, there would appear to be no middle ground between the two, as explained well by Andy Smarick:

Perhaps the most important objection to charters from the educational establishment is that charters embarrass traditional school districts. By proving low-income, inner-city kids can achieve at the highest levels, they pose an uncomfortable question: Why aren’t you accomplishing the same?... Successful charters are a rebuke to teachers’ unions, colleges of education, district leaders, and other institutional defenders of the traditional system—so those interests have declared war on them.

This dynamic is more uneven at the state and local level, where charters and traditional districts sometimes have a less adversarial relationship. Although Cardona has been described as neither a politician nor an ideologue on charters, those sensibilities could be put to the test should the federal Charter Schools Program come under renewed assault.

Largely unknown outside the Nutmeg State, Cardona is like a shapeshifter, in that observers, for better or for worse, are seeing what they want to in the secretary-designate. In one respect, Cardona has nowhere to go but up, being in the fortunate position of following a widely reviled predecessor. Nonetheless, there will be plenty of opportunity for him to disappoint when the honeymoon period wears off. Some are clearly keeping their powder dry for when hard policy questions and unresolvable tensions come to the fore. In the meantime, we should ride the prevailing goodwill to pull for Cardona as he steps into the breach, where millions of students remain disconnected, dispirited, or hanging on by a thread.