The metric that matters most: Ask kids, “Are you in?” 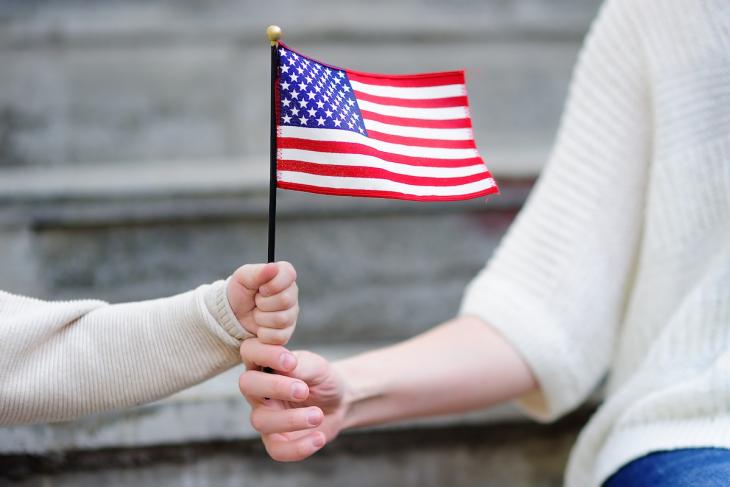 Editor’s note: At last week’s PIE Network Summit in Austin, Texas, Fordham senior fellow Robert Pondiscio was asked to participate in a panel discussion on “What is the purpose of education?” His answer to the question consisted of the following remarks.

At the end of a kid’s public education, there is one question that we should ask that kid and hope like hell he answers, “Yes.” It’s this question:

We were invited for this session to “think big and share ideas about whether and how the purpose of education has evolved.” This should be an awkward subject for those of us who still proudly think of ourselves as ed reformers.

What could be a bigger or grander vision than our vision of making schools work for every child? Particularly for those families least likely to have had a productive relationship with a place called a school.

But when it came time to deliver on that grand vision, we suddenly thought small. Measurable. Deliverable. And that’s when we lost our way, and more importantly when we lost the hearts and minds of the American people. Wendy Kopp’s “One day, all children…” became “three days for all children to take the state reading test. And two more days for math. And every day until then, all children will practice for the test.”

I’m not anti-testing. And I’m not anti-accountability. But I am anti-dishonesty, and I think we’ve been dishonest with ourselves about the effects of our work. We’ve changed fundamentally a child’s experience of school in ways a lot of Americans just don’t like. And they’re not wrong.

Last month I had a Twitter exchange with my friends Richard Whitmire and Charles Sahm about accountability and the question we’re here to talk about. Richard put forth the idea that “college is the new high school,” so that college success, not test scores, should be the most important metric.

I told him about the son of my next-door neighbor in upstate New York, who joined the Navy, got married, and is raising a family in Virginia. He posted a picture of himself on Facebook a few weeks ago, in uniform, with his daughter. “I have missed a lot of things over the past few years,” he wrote, “but I was finally able to make it to something. First day of kindergarten.” This is a young man, deeply invested in American life and institutions, serving his country, and a success story we can be proud of. College played no part in it, but something went very right. He’s in. All the way in.

Charles pointed to Indiana, which he said is trying to figure out an accountability metric for high school students that includes “Three Es”—postsecondary rates of college enrollment, employment, and enlistment. I like that frame a lot, but said I’d add a fourth E—civic engagement. Then Richard said something that crystallized all of this for me. “Sounds good,” he tweeted. “But not as easily measured as the others.”

Think about that for a moment. What's most important is hard to measure, so we don’t try. Instead we make what we can measure the most important thing—regardless of how that affects the thing we're actually trying to fix. And then we wonder why people are upset. Don’t they know we’re the good guys? Who else is going to tell them the hard truths about how their schools aren’t really all that great?

This time tomorrow I’ll be teaching my civics seminar to high school seniors at Democracy Prep in Harlem. I certainly hope they’re all in college next year. And I hope they’re college graduates four years from now. But the metric I care most about is how they would answer that question:

Obviously every American child should leave us after thirteen years of education on the public dime with the ability to read and do math. But they should also be invested in their community and country. We should hope that they see a role for themselves and want to be a part of it.

Those of us in civic education think it’s our job to teach kids to become civically engaged, but school is not where kids learn civic engagement. It’s where they experience it. Where they feel the civic engagement of others, of adults whose job it is to get them bought in, and with a feeling of attachment to civil society. Hopefully they see a role for themselves in American life, and they’re eager to get busy doing it.

Maybe college, maybe not. But certainly a desire to do what all of us are doing here today. Get out of bed, go to work, do our part, keep things moving forward, and try to leave things a little better for the ones who’ll come after us.

Something I’ve become fond of saying is that the first and most important relationship most children have with a civic institution is with a school. As that one goes, so go the rest.

My gut tells me we’re failing at this, and failing badly. On the one hand, we’ve reduced schooling to a dry and dull regimen of prep and test. On the other, we’ve convinced too many of our children—for reasons that are real, important, and must be honestly confronted—that this country is fatally flawed, structurally racist, and beyond redemption.

Frankly, I think some of us are trying to convince them of this because we are ourselves are convinced of it. Why should we expect them to want in when we tell them—when we believe ourselves—that the country that they had the misfortune to be born into has nothing to offer them but oppression and a determination to break their bodies?

Let me anticipate the question and answer it honestly. How will we measure this? How will we hold schools accountable? I have no damned idea. What I know is that we are disrupters in this room and we have perhaps succeeded a little too well. We have disrupted the thing that matters most of all: our school’s vital public mission to get every generation of children to say, “Yes, count me in. I’m in.”

Let me leave you with a quote from Robert F. Kennedy. He was talking about measuring gross national product, but the sentiment applies to our work in education, the things we measure, the things we don’t measure, and the messages we send to children about what matters, who we want to be, and who we want them to help us be.

Yet the gross national product does not allow for the health of our children, the quality of their education or the joy of their play. It does not include the beauty of our poetry or the strength of our marriages, the intelligence of our public debate or the integrity of our public officials. It measures neither our wit nor our courage, neither our wisdom nor our learning, neither our compassion nor our devotion to our country, it measures everything in short, except that which makes life worthwhile. And it can tell us everything about America except why we are proud that we are Americans.

In conclusion, I’d challenge all of us who work in education to ask ourselves the same question that we should ask students at the end of their public education: