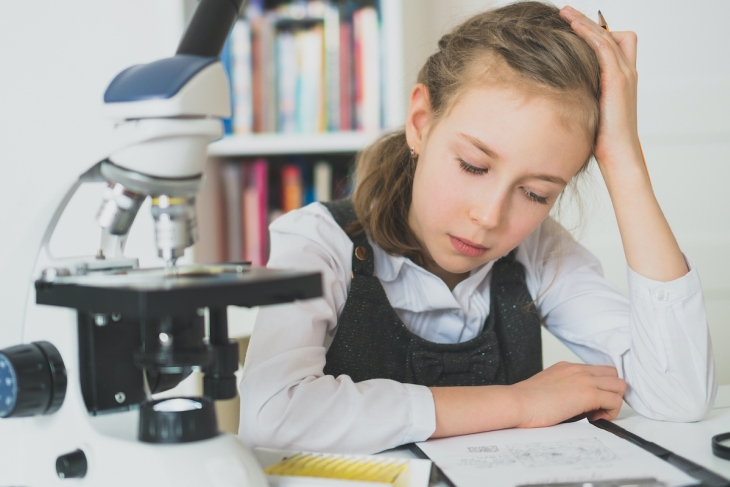 Students who have the kinds of talent scientists and engineers need to solve problems by visualizing how objects could be rotated, combined or changed in three dimensions often struggle at school. These students, whose strong spatial talents allow them to imagine new technological innovations, generally fare worse than their classmates who excel at English and math. In addition, as we observed in an article recently published in the British Journal of Educational Psychology, there’s some evidence that spatially gifted and talented people are less likely to go to college. And, if they do enroll, they’re less likely to get their degrees.

After looking at three major databases that are representative of the U.S. population and that span six decades, we estimate that between 2 million and 3 million K–12 U.S. students may have spatial talents and are not be getting the specialized support they need to flourish between kindergarten and high school. We found that these students were more likely to dislike school and to have trouble paying attention in class. Compared to other gifted and talented students, spatially talented kids tend to be less organized and less likely to turn in their homework on time.

We also found that spatially talented children and teens were more likely to be suspended from school or get in trouble with the law compared to students with math or verbal talents. Our findings suggest that students whose strengths in spatial reasoning could make them especially adept in science, technology, engineering and math as well as many hands-on vocational fields and the visual arts are missing out on making the most of their potential.

Spatial thinking is part of everyday life. It’s what you rely on when you pack a suitcase or decide how to cut a tray of brownies into ten pieces. Video game fans tap these skills whenever they move squares and blocks around while playing Tetris and Minecraft.

Students with exceptional spatial skills should be eligible for gifted and talented services and given personalized support. But many never register on their school’s radar. It’s not unusual for them to fail to complete high school or, if they do graduate, to not attend college. For years, researchers have speculated about this problem, without proving that it exists.

What other research is being done

Other researchers are seeking ways to help students with less developed spatial thinking skills strengthen them. The goal is seeing if that helps them master science, technology, engineering and math before college, making it possible for these students to pursue related careers.

We still want to discover why these students often struggle in school. Is it because they’re bored and act out? Do they tend to have specific learning disabilities that hamper their reading and other skills? Another big question is what K–12 educators can do to help these students become more successful. We’re also developing a new system that schools can use to get better at identifying students with extraordinary spatial skills.

If you wonder if you have these spatial thinking skills, try this quiz shared by Psychology Today.

Editor’s note: This post was first published by The Conversation.

Joni Lakin is an Associate Professor of Educational Studies at the University of Alabama.