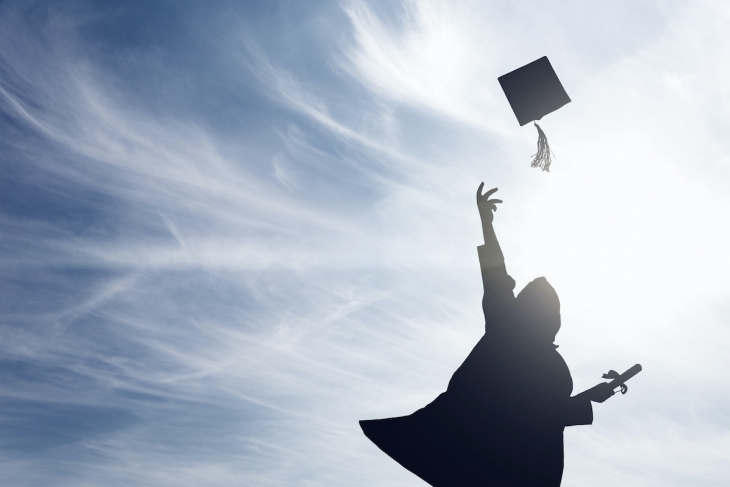 At least we have stopped pretending that we’re making high school more modern.

“Why not eliminate at least one year of high school entirely?,” asks Kalman R. Hettleman. Better yet, “maybe the junior year, too.” “All told, early exit is about as win-win as it gets in big-idea school reform. We should root for the idea to spread nationally—as early as possible,” he adds.

Well, it’s definitely a win for community colleges and struggling private universities, which can access an even larger cohort of young minds and the full purses that come with them. Is it a win for students and communities? We’ve been pushing more and more young people into the hands of over-entrenched college professors and underpaid adjuncts for decades. How has that been working out?

I’ll bet you can hardly wait for your seventeen-year-olds to master Quantum Intersectionality two years earlier than they would have.

Extreme examples aside, this plan of action lacks depth. While the underlying motivations are sound enough, it offers a too-easy way out, and the approach would truly benefit very few teens. Yet we can build on this thinking.

“Transformation would start with the establishment of world-class standards and instructional systems that would enable most students to become college- and career-ready no later than tenth grade,” writes Hettleman. Absolutely. The key here is “instructional systems.” And key to that is that every K–10 teacher fully understand the science of reading. In 2020, there’s no reason to have teenagers wandering through high school with sub-basic literacy. It’s inexcusable. A 2007 West Dunbartonshire study showed that fewer than one in 10,000 students cannot be taught to read. (Compare this to the 3 to 5 percent illiteracy rate currently accepted by the more optimistic reading experts.) Forty years of science have confirmed how brains process text. But our colleges of education have been highly complicit in the systemic denial of literacy to our youth. Solid K–6 curricula are extremely rare.

“The early exit option also means addition by subtraction in the efficiency of high school educators. They would no longer have to spend so much time—much of it futile—trying to capture the interest and curb the conduct of disaffected students,” Hettleman adds. While this dismal portrayal of high school classrooms is not without merit, the solution throws the baby out with the bathwater. The disaffected students are precisely those who most need high school to reach them.

A now-retired friend dropped out of school after a stint of juvenile incarceration. He’s smart, funny, insightful. Fortunately, none of his exploits went very, very wrong. He survived with some good stories to tell; made his way through life mostly as a truck driver; has children, step-children, and grandchildren; and leads a tolerably comfortable life. Would you recommend that path to a sixteen-year-old today? As our friends at Torc Robotics, Daimler, and Uber roll out a future with all-machine drivers?

Nor has my friend been much part of civic society. Unless you count bars, yard sales, and auctions. (Which do serve a great purpose, I grant.) Even highly casual company Christmas parties he’s long considered not for him; just a “rich people’s” diversion. “The students could pick their own paths. Not just higher education or work, but other life experiences…” is Hettleman’s offered solution. What kind of experiences will such teens then encounter?

Eliminating high school learning also fails the Pharoah-Modibo test. I named this after two eighteen-year-olds in two cities who graduated just fine, were bright and compelling, and had interests in well-paying tech careers. But they were left to the whims and caprices of the community college system. Neither felt they were on any path to success. It’s not that high school failed them academically. It just wasn’t effective at giving them directions or connections. And they, and even more especially their friends, didn’t have great room for error.

The two years of high school set to be tossed should be the most precious asset we have as a nation. We should turn to their repair as a national grand challenge. Our very brightest minds should laser on this task. We should stop turning those two years over to the colleges and their excess Ph.D. corps. We should stop forcing all teens to learn math I never used as an aerospace system-of-systems analyst/engineer. We should stop holding them in the same small rooms they inhabited as first graders. We should stop treating them as children and start treating them as budding adults. And we should help them confront soundly the issues that have them and their older peers today marching in the streets.

While we still have them, we should intensify the pace at which they grow literate in the new economy, and in the old stories and traditions.

If you’re unfamiliar with the full suite of tools we now have at our disposal, the following will sound impossible. It is not. If we act—if we use those tools, and apply our initiative, this is all within the range of reality.

While we still have them, we should diversify their learning to better reflect the world’s exploding base of knowledge. To know what knowledge is out there and where—even as we raise the bar on the quality, pace, and coherence of their daily learning experiences.

While we still have them, we should help them meet—and be known to—leaders in professions and in society.

While we still have them, we should help them connect with their peers beyond school.

While we still have them, we should help them begin efforts they will later complete.

While we still have them, we should help them learn the real languages of privilege.

While we still have them, we should introduce them to the language and habits of leadership.

While we still have them, we should help them grow in love.

Ed Jones designs high school for 2020 and beyond. 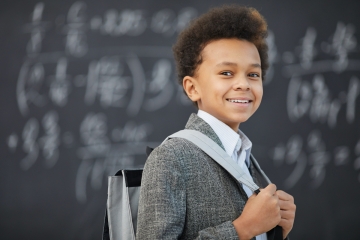