When the language of privilege is "Git-R-Done" 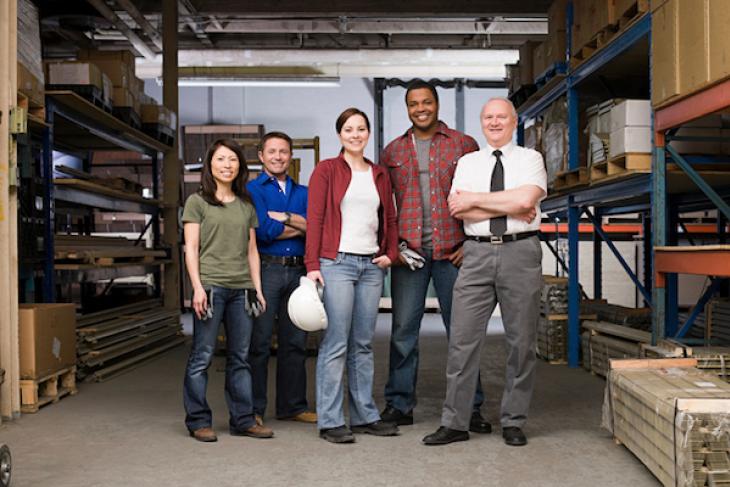 David Brooks's recent essay, “How We Are Ruining America,” has touched a nerve with a lot of people, Robert Pondiscio among them.

As Robert puts it:

There is a language of power. It is the language of privileged parents, affluent communities, and elite universities. It’s the language of David Brooks. But he’d do well to recognize that you don’t learn that language in those places. They don’t let you in until or unless you demonstrate command of it.

All good, and a dozen years ago, I'd have left it at that. The mission of education reform, I thought, is getting more poor kids and minorities into college, which offers first-generation access to the type of high-paying entry work I enjoyed at age twenty-two. It also brings political and cultural power.

Yet Robert also uses another term, the “language of upward mobility.” Getting that right, teaching more kids that language, is a different task today than it was in 2000.

Allow me to paint you a different picture of power.

As the summer temperatures climb, the outdoors beckon, and I find myself near waterside marinas. From the Cleveland-Toledo Lake Erie coast, to the Pittsburgh-to-Cincinnati Ohio River banks, to the shores of a hundred small lakes dotting the lands between, Ohio is filled with boats. Nearly half a million of them. Beautiful boats. Powerful boats. Luxurious, decked-out boats. Boats with husbands and wives and children and children's friends, skiing and tubing and sunning and relaxing.

It’s a picture of the power of relaxation, fun, and camaraderie. This is not a small form of power. I'd take it most days (if offered) over a “striata baguette” with a Yale law grad. Here, too, we find a powerful form of networking. Those gathered in such marinas not infrequently find connections to new, good-paying contracts. Or they help cement the trade relationships created elsewhere.

The price of admission to these centers of power is not cheap. From helping with a tank of gas for a friend's jet ski, to outright purchase, storage, and maintenance of your new Harris pontoon or Ski Nautique, cash is basically vacuumed from the pockets of anyone approaching marine recreation. More, these boats seem generally backed by a down-the-road, $40,000–$400,000 camper, and are pulled by full-sized, $40,000–$80,000 trucks.

It is to the logos on these trucks that I draw your attention. They rarely say “Cadwalader, Wickersham, & Taft LLP.” They say things like “Buxton Roofing,” “AM Communications & Installation,” and “Linex Truck Linings.”

The guys who drive these trucks (and they're still mostly guys) make more than good livings. They provide work for other people and incomes for families. They make life easier for end-consumers or for the next business or service along the supply chain. They're part of a continuous network of shops and services that make up most of our economy.

To Brooks, in his harried Acela corridor and TV-personality life, commerce is the restaurants where he meets sources. To me and these guys, it's the trucks that bring the menu ingredients; the service vehicles for the ciabatta oven, latte machine, and dishwasher; the data-cabling and server-farm power meters that supply Brooks's Wi-Fi and cell phone. It's the forge that hammers, presses, and punches the decorative metallic cylinders surrounding his Panera patio waste cans. It's the parts network for the transmission repair shop that keeps people like myself in a vehicle long after the 100,000-mile warranty has expired and the elite have moved on to the latest model car. It's the silo-installation crews who build storage/transfer solutions for the nation's grain, as well as for its polymer granules—as with the trash-bag production facility down the road that serves the refuse-gathering needs of the Carnegie Mellon University campus, among others.

When these guys aren't boating or running four-wheelers or hunting or at their kids' ball games, they're often at sports bars like Buffalo Wild Wings—which, within my adult experience, was an Ohio five-restaurant chain serving places like Columbus, Alliance, Canton, and Kent. Today it has 1,200 locations, adds $2 billion to the national economy, and has spawned a host of facsimile brands.

It will be they and their employees who buy the armfuls of raffle tickets at the athletic booster club steak fry next month. Theirs will be the high-dollar auction items sold at the annual scholarship chili dinner come late November. When funding for the high school baseball team is needed, it will be their names and logos on the 4x8 aluminum signs that hang the length and breadth of the home run fence. They will buy the named bricks, and much more, for the library expansion. The local newspaper keeps running on revenue from their ads. Their kids will actually pay tuition, maybe not at Princeton, but at Ohio State, Mount Union, Pitt, Wooster, and the University of Toledo.

Their wives will often get them to church, and the children will be given a lifelong—if they choose—tribe, a cultural inheritance that goes back more than two or three generations; and, if they're lucky, a formal framework for moral decision-making. In turn, the generous income of these trade-business owners will help sustain the local congregation into the next generation and its remote missions in this one.

In their retirement, if they don't themselves fill the leadership posts and boards of local community organizations, these hard-charging doers will be the go-to sources of support for the leaders who have titles.

So you'll forgive me, David and Robert, if I’m no longer overly concerned with the Cedrick Jennings of the Ivy League world or the imagined cultural shock of a first visit to Whole Foods. Harvard and Yale, once places of idol for me, now border on laughable. When near Pittsburgh, I pop into Trader Joes and buy a cheap can of Spanish-blend coffee, and if anyone looks askance at my threadbare sneakers, so be it. What my life is about now is giving more young teens the vocabulary needed to flourish in the F-150/Silverado/Buffalo-Wild-Wings world. That, friends, is the challenge of our time.

The phrase “Git-R-Done” enjoyed brief national attention a decade ago, but has since remained popular in this neck of the woods.

"Git-R-Done,” to the outside world, implies a simple rusticity that is rapidly evaporating from our workplaces. When you take a new Ford Explorer to a mechanic, his diagnoses may well require a test harness more complex than those employed on an F-15 aircraft in 1990. The farmer's soybean-field tractor now bears any number of sensors and communications links, with the human interface including a seventh-generation quad-core processor and complex user-navigation structure. A small, modern production line? Well...

For too long, where we have designed or measured systemic vocabulary development, it's been too focused on college prep. Changing that focus is the work at hand. Increasingly, terms like actuator, impeller, fatigue life, carbon fiber, and production rate make their way into every corner of the nation. They join words commonly known in earlier generations, words like spanner, vice-grips, auger, tap and die, cotter-key, jig, awl, C-clamp, jumper, and ball-joint.

To their credit, America’s teachers have come to understand how disconnected the traditional curriculum has become for many teens. Project-based learning, design thinking, and even social-emotional learning are the pedagogical results. While these often lack rigorous validation, it behooves us to be a little tolerant when they talk of teaching teens workplace “skills.” Vocabularies of power may be what they really intend.

Microeconomics, business, organization, entrepreneurship, leadership— these subjects also have vocabularies of power that filter down to the sons and daughters of those who run sole-proprietorships. The more a teen can speak these languages, the more we do the yeomen work of preparing young adults.