For the love of memorization 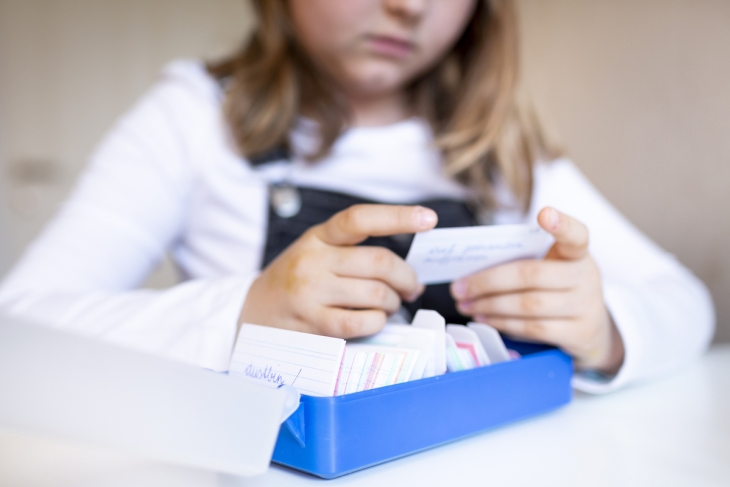 Every year, I ask my students to memorize a poem, but I intentionally avoid using the word “memorize.” Rather, they must learn Robert Frost’s Stopping by Woods on a Snowy Evening, Langston Hughes’s A Dream Deferred, or some other famous verse by heart. When memorized, poems become something we hold dear in our hearts and minds, growing almost into a mental keepsake. But there are also demonstrable educational reasons to do so.

Throughout history, literary and artistic greats have employed memorization as part of their creative development. A common practice in jazz circles is the act of memorizing and transcribing famous solos. There are articles online dedicated to listing the classic improvisations that any aspiring musician ought to have memorized. Charlie Parker famously memorized Lester Young solos, transposed them into every key, and practiced them at double or triple their original tempo. Shakespeare would likely have spent time memorizing Holinshed’s Chronicles, where he drew inspiration for his history plays. Augustine would have learned entire passages of Virgil by heart. Each of these literary, musical, and philosophical masters, through memorizing the best of their predecessors, thereby developed a palette for sound, rhythm, imagery, and melody.

In his book How to Think Like Shakespeare, Scott Newstok outlines many of the presuppositions of enlightenment and medieval education and emphasizes today’s altered understanding of creativity. “If anything,” he writes, “creative imitation...has been the hallmark of art and industry” for most of human history. Upon discovering a piece of writing they admired, Robert Louis Stevenson, Benjamin Franklin, and countless other authors would perform imitative practices to perfect their own craft—reproducing it directly, memorizing it, or attempting to mimic its style. “By trying to sound like someone else,” Newstok writes, “you begin to sound ‘like yourself.’” In memorizing literature, our students implicitly adopt the best that is in authors and can begin to employ these skills, patterns of thought, lines of argumentation, and knowledge in their own thinking and academic work.

There’s also a strong knowledge-rich justification for the memorization of literature. Perhaps students may initially learn the words of the Preamble to the U.S. Constitution or a poem of Dickinson without profound understanding. Nonetheless, young children can delight in nursery rhymes—the rhythm, the symmetry, the sing-song nature—even before they fully understand the words. These words, locked into their memory for recall, allow them later to compare and analyze when they have gained the capacity to fully understand them. If “critical thought” is a process of making connections, as Rousseau contends, then students need nodes to connect, and memorized verse forms powerful nodes that can supercharge thinking later when connected. They serve as models as we focus on every word, detail, image, grammatical construction, passing emotion, punctuation or lack thereof, and poetic or rhetorical detail.

It is common parlance in education to hear “I want to teach students how to think, not what to think.” But the how must begin with the what. Critical thought requires knowledge. For our students to think well, we must give them something to think about. Like a painter and their paints, our students need intellectual supplies to think with. Beautiful imagery, profound arguments, pithy lines, famous phrases, and the like are some of the best supplies of thought that they could acquire.

If we want them to think critically about politics, what better than the knowledge of and reflection on the Bill of Rights that would come through memorizing it? If we want to teach them to analyze literature, how better than to store away some of the most commonly alluded-to verses from scripture?

Even before a child fully grasps the meaning of a nursery rhyme, they develop a sense of rhythm, order, and balance. They get fleeting images that store in their memory even if some of the finer points elude them. They also store complex syntax and familiarize themselves with unique grammar constructions to employ in their own writing. Complex language becomes second nature.

Memorization doesn’t inhibit the growth of the self or critical thought. Rather, it strengthens the mind, focus, and attention to detail as drills and strength training do the body. It enhances the self, providing students with knowledge and language that they can use against lazy thinking and propaganda. Memorization does not stifle freedom but, through difficulty now, allows students to make better use of that freedom later on. It enlarges, strengthens, and frees the self.

My own students demonstrate the fulfillment and creativity that come with memorization. They have to memorize literature every year in my class, sometimes a poem for speaking to the class and at other times lines from Shakespeare for performance. The poetry last year was just delightful to watch. Students paced the room, speaking to the sky, to the crowd, to different students depending on the line. Some spoke in accents and performed pre-planned motions. One student practiced with her friends, so the friends acted out Edgar Allan Poe’s Annabel Lee as she spoke it. In my Shakespeare unit, the performance of a scene is the final assignment, and students must memorize their lines. The laughter that echoes from the halls as they plan their costumes, setting, and performance paints the exact opposite of the false caricature of students sitting dully at their desks reciting lines of Whitman in choral response to a teacher in front.

What do I most value about memorization? It’s the number of students who have returned to my class to tell me, with a smile on their face, that they still remember Wordsworth’s daffodils and giddily recite it for me—simple delight and joy in beautiful literature.

Editor's note: This is an excerpt from Daniel Buck's forthcoming book, What Is Wrong With Our Schools? The ideology impoverishing education in America and how we can do better for our students, to be published December 20, 2022, by John Catt Educational.