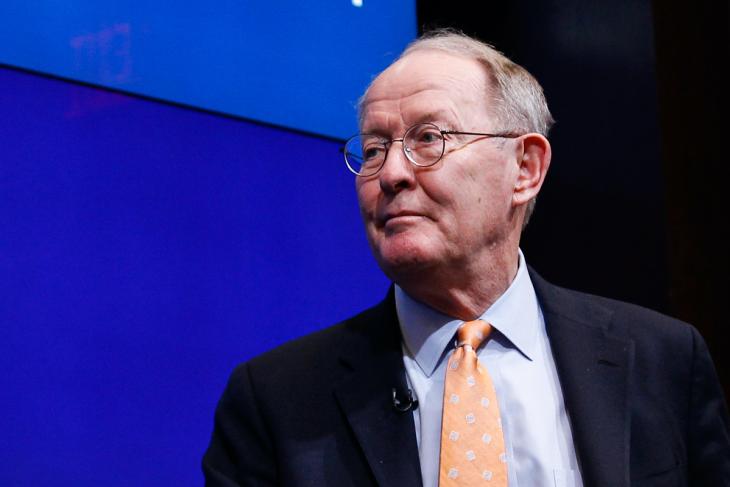 No sooner had Senator Lamar Alexander released his statement last Thursday on the impeachment witness vote than the handwringing began. His position that President Donald Trump’s misdeeds didn’t rise to the level of removal, and thus voters should decide whether to keep him in office beyond 2020, all but brought the historic trial to a whimpering, albeit foregone, conclusion.

Indeed, virtually no senators and only a handful of congressmen thought the president’s “perfect” call wasn’t problematic, but the question of removal struck me as a prudential one. Given the upcoming election, I respect Alexander’s position, but I was left puzzled and disappointed by the spin he provided afterward, justifying his vote for Trump and climbing down from his initially strong stance. On balance, it wasn’t his finest hour. Still, Alexander’s response to the essential question of when presidential misconduct rises to the level of impeachment, conviction, and removal from office is a gift to history and civics teachers that further cements his education legacy.

What is a legacy? As Lin-Manuel Miranda writes, it’s “planting seeds in a garden you never get to see.” A former governor, university president, and secretary of education, Alexander’s legacy will extend far beyond Congress. He memorably shepherded the Every Student Succeeds Act (ESSA) across the finish line and, for better or for worse, it will be the education law of the land for the entirety of this decade if not beyond. And he achieved a similar feat with the reauthorization of the Perkins CTE Act.

Alexander’s extensive record on education goes back to his days as governor of Tennessee when he created one of the nation’s first “career ladder” (i.e., pay-for-performance) programs for teachers as part of a broader education package. When he served as education secretary under President George H.W. Bush, he helped lead the push for higher standards and notably called for a new federal voucher program. But Alexander started singing a different tune after leaving the department of education, when he became skeptical of the federal government’s role in fomenting change.

Sensing someone who shared his laissez-faire point of view, Alexander helped current U.S. Secretary of Education Betsy DeVos navigate a rocky confirmation process, and publicly tangled with her immediate predecessors, John King and Arne Duncan—famously upbraiding the former for allegedly exceeding his authority and attempting an end run around Congress. Above all, Alexander balked at anything that smelled to him like a “National School Board,” a pejorative against federal mandates and technocracy.

By all accounts, Alexander has been unusual among Capitol Hill lawmakers as an unflinching federalist and, agree or disagree with him, he’s been outside the mainstream of recent Senate Republicans. He actually likes to get things done and has often reached across the aisle to do so. His admirable if possibly misplaced faith in local control was on full display when I heard him speak at an ESSA anniversary event last December. And who doesn’t love the endearing images of him unfurling the FAFSA form like a CVS receipt? In a statement announcing his decision to retire, Alexander said, “I have gotten up every day thinking that I could help make our state and country a little better, and gone to bed most nights thinking that I have.”

As a result of the trial’s abrupt end, high dudgeon critics will now contend that Alexander missed his McCain moment, and that any accomplishments on the education front will forever be overshadowed by his “cowardice” and “betrayal” of our constitutional order. Sticking up for DeVos was transgression enough; defending Trump is beyond the pale. I’m not convinced it was Alexander’s intent to defend the president, but the result of his vote effectively did. At minimum, his words on impeachment will muddy the waters on his considerable body of education work.

While momentous occasions can call for shrewd political maneuvering, in this case I can only surmise that Alexander wanted to eat his cake and have it, too. That is, he wanted to rebuke the president’s actions while keeping the relationship with him copacetic. In hindsight, it may have been an impossible needle to thread. Yet at a time when our national politics is outrageously and unapologetically zero sum, there’s something to be said about Alexander’s stubborn insistence upon finding a middle way.

In fact, it would seem true to form if Alexander’s calculus was driven in part by a desire to wrap up one final piece of unfinished education business: a makeover of the Higher Education Act, which was last reauthorized in 2008. However, his vote to acquit Trump may have made things harder, as Democrats are undoubtedly furious with him. Either way, conventional wisdom suggests it’s a long shot, though if anyone can pull it off, it’s Alexander. His departure from Congress next year will leave a significant void when it comes to leadership on education issues, but his closing act promises to weigh heavily on the final analysis of a long and storied career.