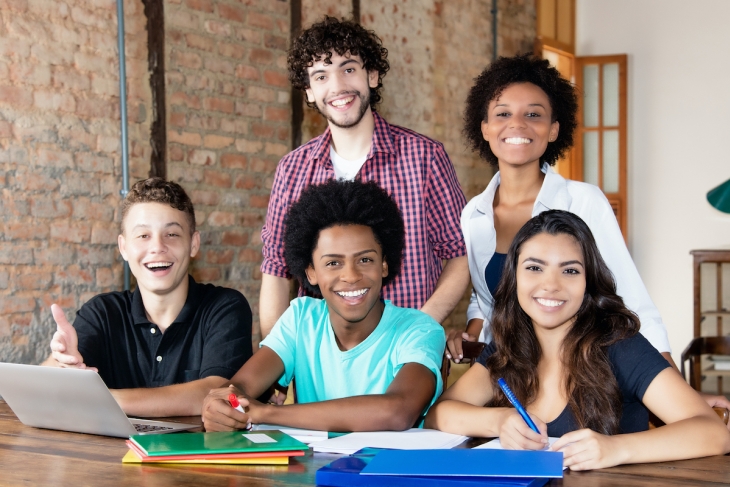 “Let me tell you about the very rich. They are different from you and me,” wrote F. Scott Fitzgerald. “They don’t look at test scores when they evaluate schools.”

OK, I made that second part up. But the rich really don’t look at test scores. It’s just you and me, policy wonks and education researchers who do that. The rich (and the handful of fortunate non-rich who have private school choice) weigh the ineffable—school tone, peers, arts and sports programs, the kinds of colleges that graduates find their way into, and myriad other factors. In private schools there often aren’t test scores to look at even if you want them; they’re generally not required to administer or publish them.

To be sure, well-off Americans have the luxury of assuming their kids will learn to read well and do math competently, but that’s the starting line, not the finish line. The greater luxury is the ability to take the long view, asking not just “what will my kid learn,” but “what kind of person will she become and how will this school shape her?” Rich or poor, parents would likely agree that test scores matter—we must never be blithe about ensuring that every child achieves basic competence—but in the long run, character matters more. We want schools to help launch our kids well and happily into adult life, prepared to benefit from its blessings and grapple with its challenges. This presents a bit of a dilemma for researchers and policymakers. If “what the best and wisest parent wants for his child” (or at least the parent with all conceivable options and resources) transcends mere test scores, what else could we measure?

Enter Patrick Wolf, a professor of education policy at the University of Arkansas, and Corey DeAngelis of the Reason Foundation, who just published a fascinating study in the Journal of Private Enterprise, which takes a long view of participants in the Milwaukee Parental Choice Program (MPCP), the oldest government-run private school voucher program in the U.S. It also hints at a broader vision of what it means to say a school or program “works.”

The pair find that participation in the MPCP “predicts lower rates of conviction for criminal activity and lower rates of paternity suits by ages twenty-five to twenty-eight” among voucher recipients. And not trivial reductions. “Exposure to the MPCP is associated with a reduction of around 53 percent in drug convictions, 86 percent in property damage convictions, and 38 percent in paternity suits,” Wolf and DeAngelis found. Effects tend to be “largest for males and students with lower levels of academic achievement at baseline.” This is encouraging, trajectory-changing stuff if it can be replicated and demonstrated in similar educational programs and policies. It’s also a far more compelling argument for the benefit of private school choice than test scores.

A couple of years ago, I was nearing completion of the first draft of my book, How the Other Half Learns, when I confided to Wolf, who I’ve known for over a decade, where I was netting out after a year of school observations and reporting on Success Academy, an astonishingly high-performing network of New York City charter schools. I’d expected to write a book about curriculum and instruction leading to higher test scores, I told him. But I’d ended up writing about school culture. I didn’t love every curriculum or instructional decision CEO Eva Moskowitz made in her network, I explained. But in some of New York’s poorest neighborhoods she had created schools where it was simply a given that certain levels of effort and behavior were expected, and she got every adult in a child’s life singing from the same hymnal. The test scores, while remarkable—and remarkably consistent—seemed merely to validate the power of the school culture to normalize student effort and achievement.

“Well, I’m sure you’ve read George Akerlof’s work,” Wolf replied. I confessed I had not heard of him, which was plenty embarrassing given that he’s a Nobel laureate and married to former Federal Reserve chair Janet Yellen. Wolf referred me to his 2002 paper with Rachel E. Kranton, “Identity and Schooling: Some Lessons for the Economics of Education.”

And there it was—a rich and detailed analysis that functionally predicted what I would see at Success Academy twenty years later: a focused, coherent, and intentional school culture that equaled more than the sum of its parts. If you’re able to get a majority of the students to buy into a school culture that valorizes certain behaviors, mindsets, and levels of effort, it becomes self-perpetuating, “because young people like to fit in,” Wolf explained to me. “Even if a student is not oriented toward valuing achievement, if they enter a school in which that’s the dominant culture, they will accommodate themselves to it.”

Wolf and DeAngelis’s new paper advances a similar theory to explain the pro-social effects they discerned among MPCP voucher recipients. “People who associate voluntarily often share similar values and expectations, making it easier to establish a strong educational culture and generate social capital,” they write. “Sustained exposure to a voluntary, and therefore value-intensive, educational environment should increase student levels of personal responsibility and conscientiousness.” Since private schools are typically located in more affluent, lower-crime areas, private school choice could “decrease risky behaviors by separating vulnerable children from peers who would pressure them to join criminal enterprises,” they speculate. Citing Akerlof and Kranton specifically, they suggest peer pressure at more-advantaged schools “may discourage the negative activities of students.” In sum, school culture matters and could very well contribute to enhanced character skills “leading to fewer risky behaviors that result in criminal convictions and paternity suits,” they conclude.

More remarkable than these findings is how little curiosity there has been within the education research and policy firmament even to explore these long-term outcomes. In a grand bit of understatement, Wolf and DeAngelis describe studies of non-test-score outcomes of school choice as “an undeveloped literature.” The pair uncovered six—count ‘em, six—comparable studies that have looked at the relationship between school choice and crime. And to be sure, private school choice programs are still relatively rare. Wolf and DeAngelis counted fifty-six such programs in twenty-nine states plus the District of Columbia, with a total enrollment just shy of half a million students in 2018–19. That’s a rounding error compared to the 56.6 million American kids in K–12 schools.

“Schools should teach people to be responsible citizens, increase social cohesion, and boost democratic participation,” Wolf and DeAngelis suggest. This includes “responsible citizenship,” such as “obeying just laws crafted by legitimate government institutions and procedures.” The research citations for these assertions in their paper delightfully include “Mann 1855,” “Dewey 1916,” and “Locke 1690,” none of whom, just like rich parents, would have given much thought to test scores either. At the very least, it suggests a richer definition of what it means to say a school or program is effective and offers a critical argument for school choice advocates to advance. As I’ve noted elsewhere, narrowing the discussion of whether choice “works” to test scores (or even primarily) is akin to comparing your neighborhood grocery store to Wal-Mart based on price alone. Price is important (and to some shoppers it will be the most important thing), but other factors may matter more to you than saving 50 cents per pound on ground beef. If school culture and voluntary association with like-minded families drives good long-term outcomes, particularly for disadvantaged families, it is shortsighted to grant veto power to test scores alone. School culture and the signals it sends to children about their role in civil society are of paramount concern.

Reading Wolf and DeAngelis’s fascinating paper reconfirmed for me much of what I saw at Success, but raised anew a profound dilemma. If school culture and voluntary association is the key to positive, long-term, pro-social outcomes, it’s not just a blind spot for test-focused policy wonks and researchers, it’s hard to square with lottery admissions, which are a spin of the wheel that may or may not attract a critical mass of like-minded families who are bought into a school’s culture, potentially dulling its beneficial effects. And there’s an opposite problem school choice proponents must reckon with: Common sense suggests that allowing like-minded families with similar values and ambitions to self-select and cluster together risks concentrating dysfunction and anti-social behaviors—negative school cultures—in the schools they flee. Taking the long view demands that we consider and account for both.