Putting the evidence cart before the school choice horse 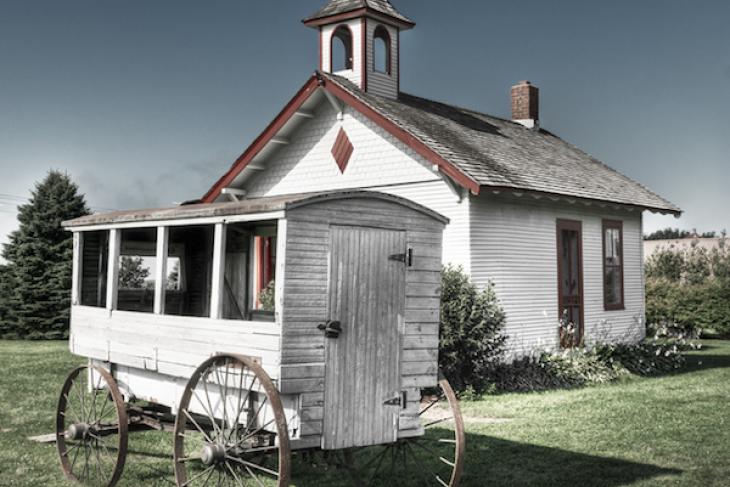 With Donald Trump in the White House and long-time school choice advocate Betsy DeVos installed as his education secretary, arguments for and against vouchers and scholarship tax credits are burning white hot.

A New York Times report and subsequent editorial claimed that "three of the largest voucher programs in the country, enrolling nearly 180,000 children nationwide, showed negative results." Choice advocates fired back, disputing the methodology of those studies and insisting that the vast majority of "gold standard" research has found that school choice produces "equivalent or superior academic results, usually for a fraction of what is spent on public schools," in the words of the Cato Institute's Neal McCluskey.

Who's right? Who's wrong?

Wonky battles over research studies can be illuminating. They can also be irrelevant or premature. While McCluskey and other advocates are correct that the preponderance of evidence tends to favor school choice, this entire debate puts the cart before the horse. When we look to test-based evidence—and look no further—to decide whether choice "works," we are making two rather extraordinary, unquestioned assumptions: that the sole purpose of schooling is to raise test scores, and that district schools have a place of privilege against which all other models must justify themselves.

That's really not what choice is about. Choice exists to allow parents to educate their children in accordance with their own needs, desires and values. If diversity is a core value of yours, for example, you might seek out a school where your child can learn alongside peers from different backgrounds. If your child is a budding artist, actor or musician, the "evidence" that might persuade you is whether he or she will have the opportunity to study with a working sculptor or to pound the boards in a strong theater or dance program. If your child is an athlete, the number of state titles won by the lacrosse team or sports scholarships earned by graduates might be compelling evidence. If faith is central to your family, you will want a school that allows your child to grow and be guided by your religious beliefs. There can be no doubt that, if you are fortunate enough to select a school based on your child's talents or interests or your family's values and traditions, the question of whether school choice "works" has already been answered. It's working perfectly for you.

Deciding whether or not to permit parents to choose based solely on test-based evidence is presumptuous. It says, in effect, that one's values, aspirations and priorities for one's child amount to nothing. Worse, our evidence-based debate presumes that a single, uniform school structure is and ought to be the norm, and that every departure from that system must justify itself in terms of a narrow set of outcomes that may not reflect parents' – or society's – priorities. Academic outcomes matter, of course, but so do civic outcomes, character development, respect for diversity and faith and myriad others. "These outcomes shouldn't be placed in a framework that begs the question of whether [a single school system] is the right structure," notes Ashley Berner, Deputy Director of the Johns Hopkins Institute for Education Policy.

The question is not whether academic outcomes matter, but when they matter. Evidence should be used to influence school choice program and policy designs, not to decide whether or not choice should be permitted in the first place. The desirability of school choice and educational pluralism is a values-driven question, not an evidence-based one. Decide first if families should have publicly supported options beyond a single, uniform system. Then use evidence to inform choice or ensure that taxpayer funds are well spent.

Berner is the author of the new book "Pluralism and American Public Education: No One Way to School," which notes that making traditional district schools the default setting makes American education an outlier. In other countries, she notes, the state "either operates a wide array of secular, religious and pedagogical schools, or it funds all schools but operates only a portion of them." Pluralism does not exist to create competition for state-run schools; it's valued intrinsically.

That doesn't mean pluralistic systems are indifferent to school performance. Governments in other lands intervene when schools fail to produce acceptable academic outcomes, but the corrective measures are "sector agnostic," Berner notes. In the U.K., for example, whether it's a Church of England school or a nonsectarian, state-run school that's not performing well doesn't matter, since both are government-supported. "The conversation is not, 'See? Church of England schools are terrible!' The conversation is, 'All schools need to serve students well. Period,'" she says. School outcomes are a downstream conversation. The larger, more important debate—should we have a state-run or pluralistic system?—comes first.

School choice proponents who seek to prove that vouchers, tax credits and scholarships "work" by citing test-score-based research have allowed themselves to be lured into argument that can never be completely won. They have tacitly agreed to a reductive frame and a debate over what evidence is acceptable (test scores) and what it means to "win" (better test scores). This is roughly akin to arguing whether to shop at your neighborhood grocery store vs. Wal-Mart based on price alone. Price is important, but you may have reasons for choosing the Main Street Grocery that matter more to you than the 50 cents per pound you'd save on ground beef. Perhaps Main Street's fresh local produce and personal service are more important to you.

If we limit the frame of this debate to academic outputs alone, every new study provides ammunition, but never a conclusion. The real debate we should be having is, "What kind of system do we want?" Answer that question first, then use evidence to improve the school designs, policies and programs we have agreed deserve public support.

Editor’s note: A version of this article was originally published by U.S. News & World Report.