Institutionalism, not policy, is the biggest barrier to reinventing high schools 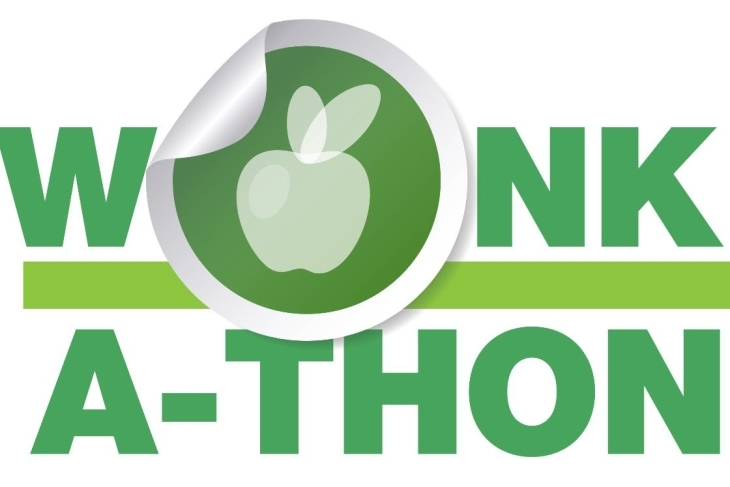 Editor’s note: This essay is an entry in Fordham’s 2022 Wonkathon, which asked contributors to address a fundamental and challenging question: “How can states remove policies barriers that are keeping educators from reinventing high schools?” Learn more.

Changing state policies alone won’t reinvent high schools. There’s no clearer evidence than the fact that dozens of states have already created policy flexibilities specifically with the hope of seeing more K–12 schools offering customizable learning experiences connected to career paths and civic life. Plus, many colleges already don’t require SATs or even traditional transcripts. But these conditions haven’t yet translated into a flood of high schools reinventing the adolescent student experience.

At a recent meeting of state leaders focused on innovation, I was struck by how many leaders were celebrating policy wins that expanded flexibility and incentives for innovation. I was also struck by how many lamented the small number of districts actually taking advantage of these flexibilities to create radically more relevant, joyful, and engaging student experiences. Why aren’t more high schools seizing the opportunities provided by new policies?

One reason is that districts don’t know about policy flexibilities. Take Stephanie DiStasio, who leads personalized learning initiatives at the South Carolina Department of Education. She explained that when she was a principal, she believed herself to be a “loophole ninja,” collaborating with district leaders and other principals and puzzling together policy workarounds. When she joined the state agency, she was surprised—and frustrated—to learn that policies already existed to enable much of the personalized instructional model her district had been pursuing.

But if some districts don’t know the policy flexibilities exist, just as many don’t know how to take advantage of them. Sometimes that’s because states require districts to apply for multiple regulatory waivers with little guidance to navigate opaque criteria in state rules or laws. Other times, state leaders told me, they receive countless applications for waivers and other flexibilities but no accompanying vision or model of what a transformed student experience would actually look like.

Some districts don’t want to take advantage of flexibilities. One state leader reported that his biggest challenge is “schools, themselves, moving beyond the status quo and traditional norms.” Like democracy, marriage, or capitalism, “school” is governed and constrained by beliefs, values, and norms, more than laws alone. Plenty of school and district employees are comfortable with the current set of rules and don’t spend their free time—the little they have—questioning the fundamental structure of high schools. And even though charter schools are subject to fewer state education laws than traditional schools, new charter high schools tend to mimic the systems of regular comprehensive high schools.

Lastly, districts not acting on the potential for innovation are often responding to their communities. Leaders who hope to shepherd transformative changes to high schools fear running into a metaphorical electric fence when they suggest changing how, what, or where students learn and teachers teach. Many administrators have recently endured fierce community pushback to changes in curriculum and other school policies, especially those perceived as related to race, culture, and sexuality. Proposing to challenge parents’ and students’ durable ideas about what high school looks like—GPAs, sports, physics class—can feel politically or even emotionally untenable. In one comprehensive high school CRPE is studying, where career exploration and learning across traditional subject boundaries is becoming the norm, some parents are concerned that the school isn’t traditionally academic enough to attract colleges’ attention to their kids’ applications. This is despite the fact that many colleges have begun to accept a so-called “mastery transcript,” which provides evidence of a student’s mastery of a set of skills and content areas, rather than traditional grades.

Kids and families also end up developing ideas about what kinds of students go to unconventional schools, and those ideas don’t always match up with what they hope for themselves. In another CRPE study, parents told us that they felt a different kind of school wasn’t designed “for them,” even if they found it attractive. Some of the most unconventional, creative public schools I’ve visited, like Opportunity Academy in Holyoke, Massachusetts, are alternative schools that still carry a stigma of being only for failures and drop-outs.

Changing state policy is necessary, but not sufficient, to reinvent high schools. State and district leaders, as well as advocates, need to invest in institutional change.

Institutional change requires engaging and listening deeply to a broad coalition of community members to design a shared vision for the purpose and outcomes of high school. Communities can create a “portrait of a graduate” at the state level, as Utah has done, or at the district or school level, as many communities in New England are doing. In our research in New England, CRPE is finding that a coherent vision for graduate success can make it easier to convert creative experiments—such as adaptations during the pandemic—into more durable changes in the design of high schools.

Parents, teachers, and communities also need exposure to schools that have already reinvented the learning experiences of adolescents and teenagers. There’s not one big, dramatic solution that should be applied to all schools. Instead, states and districts need to listen for what parents, students, educators and employers actually want, then expose them to current examples of schools delivering on those expectations. Along with Transcend, an education nonprofit, CRPE is tracking more than 150 innovative high schools to make it easier for educators and leaders to learn about where promising work is underway.

And when a high school redesign is underway or in its early stages, state and district leaders must actively buffer the school from the magnetic pull of the status quo. That means publicly supporting the school’s deviation from conventional policies, and communicating openly about why the school’s unconventional approach is worthwhile. To pursue radical new visions, organizational management experts recommend creating autonomous spaces for innovative high school models to develop. At the same time, as these schools begin to show results, leaders must champion how those results align with the community’s shared vision for graduate success, lest innovative schools remain isolated or stigmatized as “not for my kid.”

State leaders must also more clearly communicate existing policy flexibilities and make it easier for schools to take advantage of them. In South Carolina, a recent legislative change allowed the state to approve district-wide flexibilities, rather than requiring individual schools to piece together waivers. The state agency also offers guidebooks and live coaching to help districts develop applications. In states where flexibilities either don’t exist or are difficult to attain, leaders should convene initiatives, as Nevada has done, to audit existing policies and recommend flexibilities that enable the pursuit of new school models.

Lastly, states should pair policy flexibilities with more funding and support for innovative schools and districts. In Arizona, for example, A for Arizona has distributed millions of dollars from public and private sources to support K–12 innovation. South Carolina helps its districts innovate by providing design workshops, school visits, and peer-to-peer support.

There’s no question that outdated rules like credit hours, course requirements, and subject-specific licensure reinforce the status quo. But the sobering truth is that institutionalism—not policy—is the bigger barrier to overcome.

Chelsea Waite is a Principal at the Center on Reinventing Public Education.